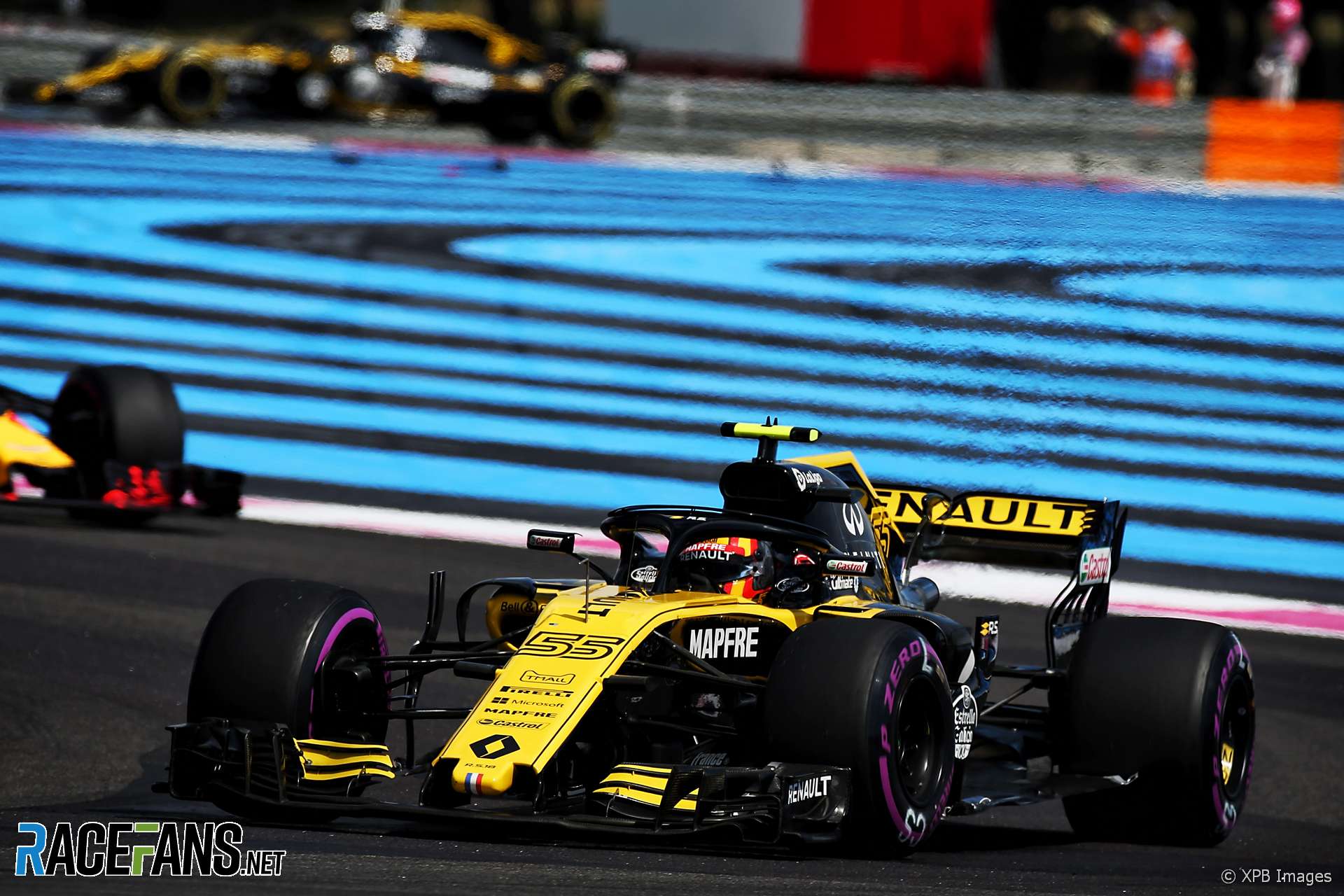 After coming away relatively unscathed from their home race, Renault have been issued a fine for Carlos Sainz Jnr speeding in the pit lane during the French Grand Prix.

A reduced speed limit of 60kph was put in place for the race weekend due to concerns about the layout of the Paul Ricard pit lane. Sainz was found to have exceeded it by 5.5kkph when he returned to the pits at the end of the race.

Renault was issued a €600 fine for the offense, with no time penalty against the driver.

Sainz, who ran as high as third place following the chaos during the first three turns of lap one, finished the race in eighth position.