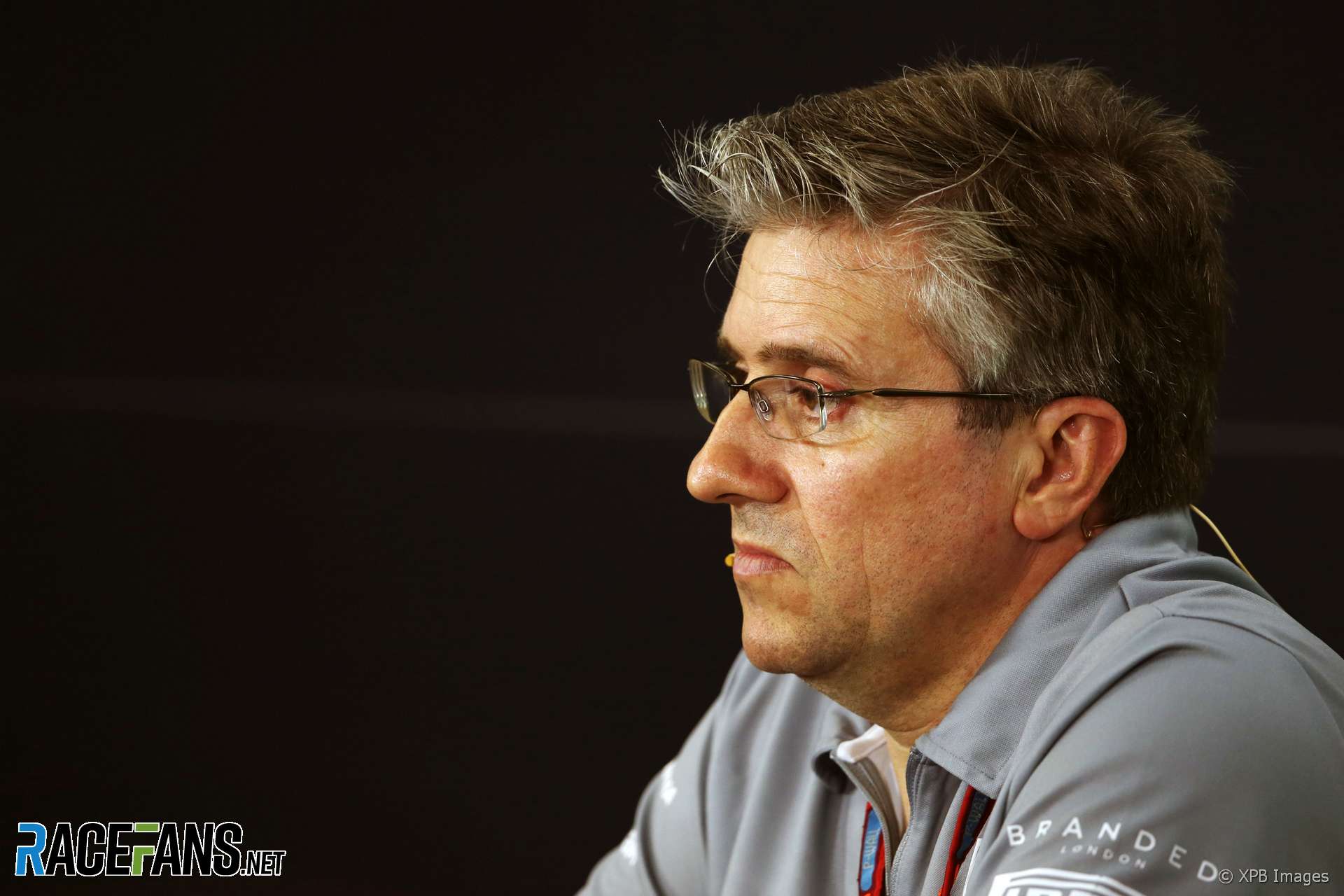 Former McLaren chief engineer Pat Fry has spoken to the team about a possible return in an engineering capacity, eight years since he left them to join Ferrari.

McLaren is in the process of overhauling its technical department following its poor performance in the season so far. It has already signed James Key and parted ways with former racing director Eric Boullier and engineering director Matt Morris.

However Key remains under contract with his current team, Toro Rosso, and is unlikely to join McLaren until the 2019 F1 season at the earliest. The team is making other hires to bolster its technical division.

McLaren Racing CEO Zak Brown confirmed to RaceFans the team has spoken to Fry but the two parties have not yet signed a contract.

“As far as Pat Fry and other recruits we’re talking to a variety of people to strengthen our technical department,” he said. “We’ve hired some people internally that we’ve not really spoken about and we’ll have some other people joining the team that we’ll speak to in due course.”

“James we have signed a contract with,” he added. “James will be joining McLaren as technical director. We’re still working through the timing of that. I think it’s highly unlikely he will join us this season and we don’t have a specific start date yet.”

Fry left McLaren in 2010 to join Ferrari, then split from the Italian team at the end of 2014. He later worked as a consultant for the Manor F1 team.