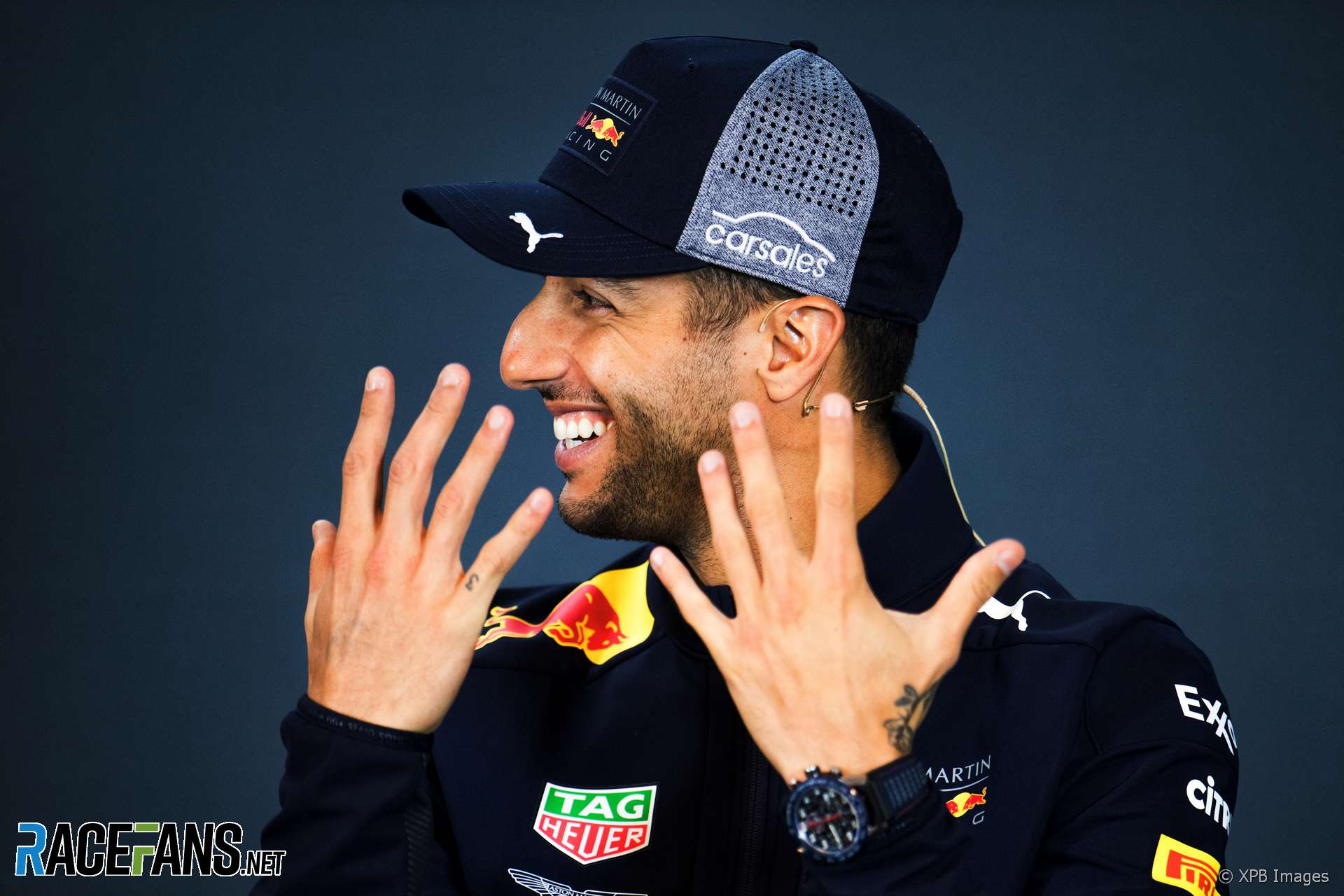 Daniel Ricciardo has said Sebastian Vettel’s three-place grid penalty for speeding under red flag conditions was awarded fairly, on the basis of his own penalty for the same offence at this year’s Australian Grand Prix.

Ricciardo was handed a three-place grid drop in Melbourne for failing to reduce his overall sector time sufficiently against the expected delta, after debris on track brought out red flags. Despite gaining no advantage during his return to the pits – and not passing the area of track that a cable had ended up on – he was penalised on a safety basis.

The same thing has happened this weekend, with Sebastian Vettel receiving a three-place grid drop, which Ricciardo said was fair to and possibly even based on his own penalty – “Like mine it wasn’t actually for a stranded car on track, there wasn’t any danger – it was for the gravel. A bit of common sense should sometimes prevail.

“But I think actually out of fairness to me the stewards were like ‘well we gave Ricciardo the penalty earlier in the year so it’s unfair if we don’t give you the penalty because we think you’ve done pretty much the same thing.’

“In a way I applaud the stewards for doing that but I really think none of us should be getting penalties for that. We shouldn’t be speeding but it’s not like there’s someone upside down on the track, that’s a different story.”

Rather than reducing to a minimum speed, drivers must increase their lap and sector times to a specified delta, which is monitored at points by every marshalling station. Ricciardo said that, in his case, he simply forgot the exact rule after reducing to what he felt was a safe speed – “I don’t know what it was for Seb but in my case I just forgot the rule.

“I slowed down but I forgot you have to follow the delta, so I slowed down to what I thought was safe but it wasn’t under that delta time but my intentions were right. I don’t know if Seb had the same answer.

As RaceFans understands, grid penalties are what Formula 1 teams have asked drivers be given rather than fines. This is to heavily discourage drivers from hurrying back to the pits in potentially unsafe circumstances.

Every driver to speed under red flags since the introduction of the delta rule has received a three-place grid drop penalty, with no consideration being made for the championship in deciding what punishment to award.

5 comments on “Ricciardo: Fair for Vettel to get same penalty as me”