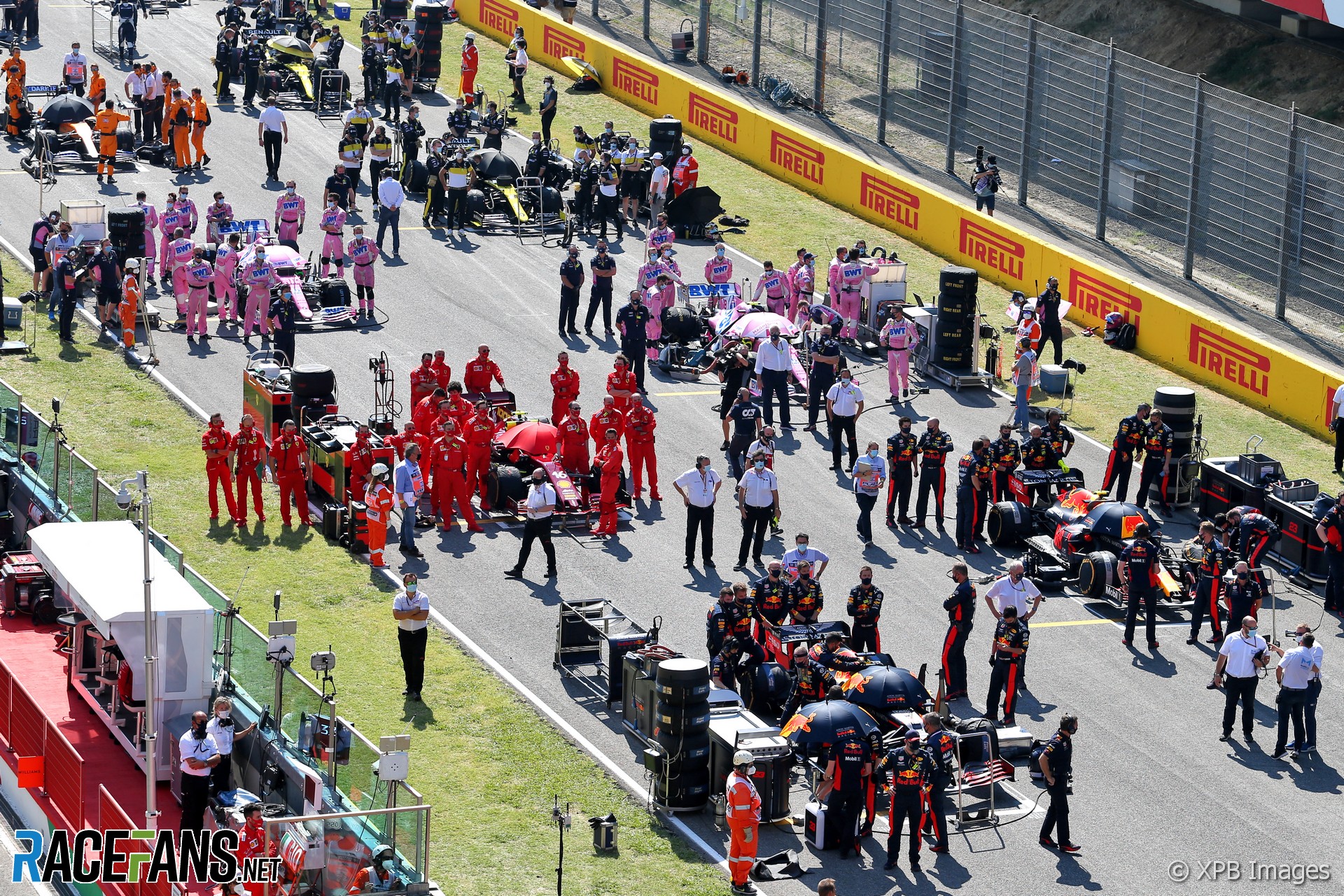 But, until McLaren Racing CEO Zak Brown on Saturday confirmed to RaceFans during a media session in Mugello that the clause had been included in the 2021-25 Concorde Agreement, his grid peers mostly shied away from discussing this rather thorny issue.

Previous questions to various figures about the topic had been brushed aside with comments such as: “The Concorde Agreement is not yet signed, so it’s premature to speculate.” But clearly team bosses pushed Liberty Media to include this most self-serving of clauses as condition of signing, for neither the commercial rights holder nor the FIA stand to gain from it.

The opposite, in fact, for clearly it will stifle grid growth, and thus the spectacle.

Brown suggested the fee was introduced to prevent debacles such as USF1, which was woefully underfunded and planned to enter F1 on a (borrowed) wing and (mumbled) prayer. But following that episode the FIA introduced a new team entry process which amply covers such applications, with Haas F1 (accepted) and Stefan GP (rejected) providing proof of its veracity.

True, “a random team” – as Brown referred to USF1 – could slip though the net, but the checks and balances in the system mean it’s unlikely.

Simplistically referred to as a ‘new team entry charge’, it’s important to understand the true definition and purpose of what is actually an ‘anti-dilution fee’. The $200m is a franchise fee intended to compensate existing teams for any dilution of the prize fund. The latter will potentially be shared on a performance basis between all entrants, not merely the top 10 as is currently the case.

The anti-dilution fee applies only where the incoming team is the 11th (or higher) entrant. Obviously, this fee will boost the values of existing teams at the expense of attracting newcomers. Worse, the fee flows not to the ‘franchisor’ (Liberty) – not even partially, as is generally the case with businesses such as McDonalds – but will be divided up equally among existing teams.

Proponents of the fee point out that from 2021 incomers qualify for full prize monies from year one of their participation as opposed to year three under the current system. But, using Haas F1’s 2016 arrival as example, that shortfall amounted to under $60m during its first two years – a far cry from the $200m fee.

Whatever the true reasons for its existence, the fact is that any incomer will fund the opposition to the tune of $20m each even before the team has even turned a wheel in anger – just when the new team is at its most vulnerable! What could be better designed to ensure that newcomers do not make the grade?

There were also suggestions during the weekend that Liberty and the teams could waive the fee, but that would require unanimity. Which begs the obvious question – why would any team turn away a $20m gift, even if only as a one-time payment?

Given the anti-dilution fee is highly likely to stifle grid expansion, why did the FIA not block the clause’s introduction?

The answer is simple: The clause relates to a commercial agreement, and as decreed by the European Union the governing body may not involve itself in commercial issues, only in safety and regulatory matters. That said, during a select media briefing at Mugello, FIA president Jean Todt restated his desire to see the grid expand.

The bottom line is that, as underscored by Benjamin Durand, the boss of aspiring F1 team Panthera, in an exclusive interview with RaceFans, is that “it’s easier to find 100 million than to find 300.”

Durand said that, rather than starting up afresh, they are now investigating the purchase of an existing operation. Without divulging names, he said that negotiations entered into with a current team mysteriously ceased in July – around the time the Concorde Agreement was being finalised – which suggests the owners realised the value of their asset would increase in August.

On that basis Williams, put on the market in April, was sold too cheaply at the equivalent of $165 million.

The irony is, of course, that F1 is unlikely to attract additional teams until 2026 at earliest, meaning current team owners will not realise any new team windfalls, while no newcomer is likely to pay much over the odds for a team given that the $200m fee could disappear once the current Concorde Agreement expires.

Once again F1 is likely to find itself in a holding pattern for all the wrong reasons. For proof look no further back than a little over a decade: between 1998 and 2007 F1 demanded a $48m bond from newcomers as proof of solvency, with the sum to be repaid (with interest) over a 24-month period commencing after its first race.

The result was that around 60% of the teams changed hands, while the sport attracted just one new entrant – global car giant Toyota, which would hardly have balked at such a sum.

Apart from that single entry there was zero grid growth until the bond requirement was scrapped with the (2010-12) Concorde Agreement. For all its 70-year heritage, F1 never was very good at learning from its past.