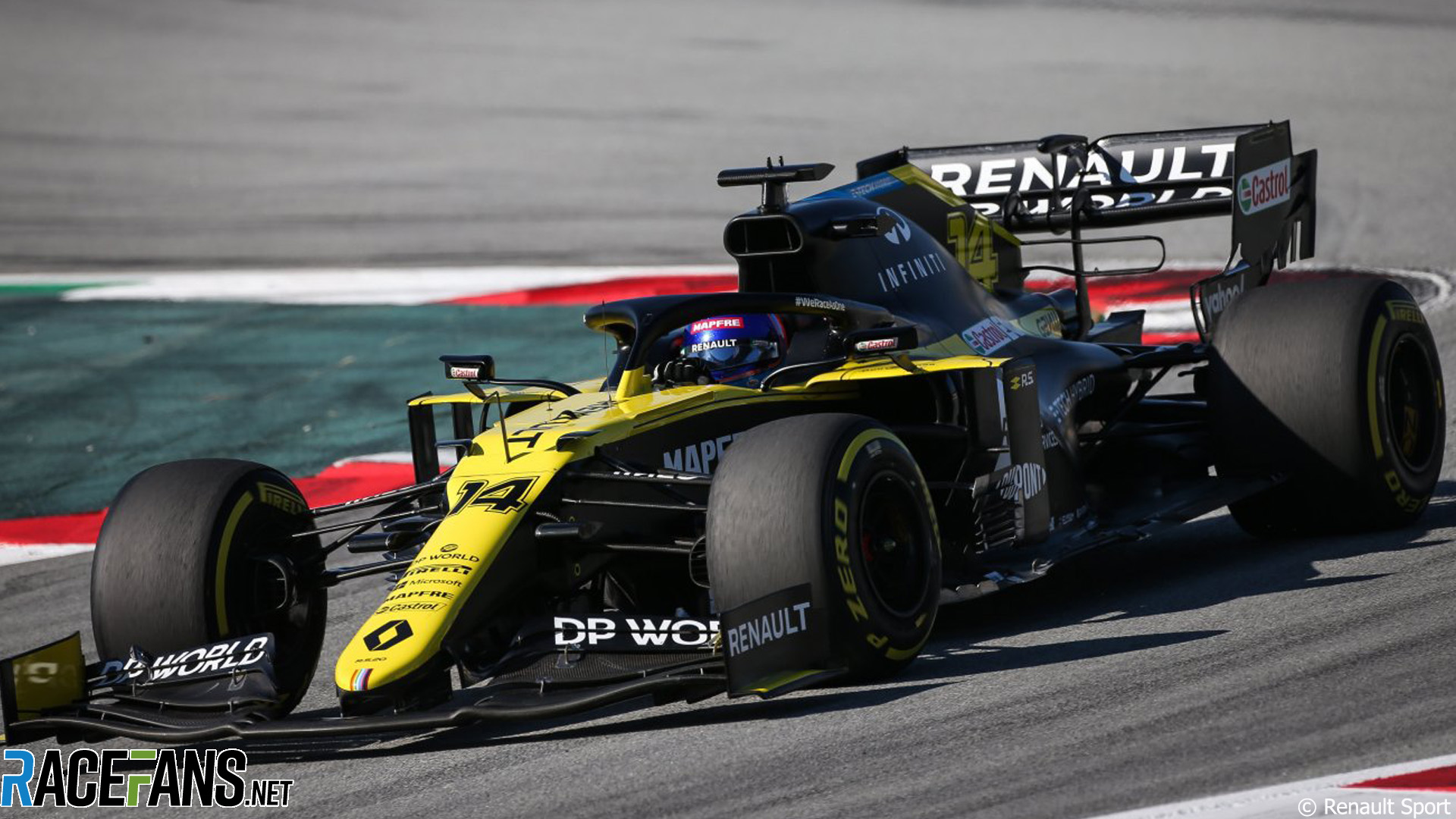 Fernando Alonso has completed a filming day in the 2020 Renault car, in preparation for his Formula 1 return with the team next season. The two-times world champion for Renault said it “felt nice” to be able to drive an F1 car again, after two years in retirement.

Filming days are limited to 100 kilometres of running, which Alonso completed over 21 laps around Barcelona, the track he first tested an F1 car at in 2000. Alonso said it ‘felt amazing’ to drive an F1 car again, having last driven during the 2019 in-season test day in Bahrain, for McLaren.

“It felt amazing to be able to drive these cars after two years and feel the speed again, how everything comes so fast, corner after corner, the performance under braking and all the things a Formula 1 car has to offer.” He said, “To feel it once again felt nice.”

Alonso said that the Renault’s performance was ‘a nice surprise,’ I think the car was a nice surprise. We know the car is performing well at the last couple of races and I felt the grip and certainly good potential in it.”

However, he said he himself was not up to speed yet to extract the car’s maximum performance, showing the importance of today’s track time to his F1 return. “The last time I drove a Renault engine was in [2019] and I felt a step forwards, which is quite important there. Everything felt good.”

“I wasn’t able to maximise the performance of the car because I’m not up to speed yet,” he added, “but I’m happy with the day.”

Alonso said he the day’s programme had been primarily filming and about finding a comfortable position for him in the car. “Most of the day was a little bit of filming with some drones on track and some action behind the camera.

“At the same time, it was about working with the team to do a couple of laps and for me to find comfort in the seat, the steering wheel and the pedals.” He said, “These are things for next year which, over winter, could be very tight. It’s our first steps.”

Renault scored its first podium for nine years at the Nurburgring last weekend. However Alonso said this hasn’t changed his perspective on the team’s potential.

“I’m still the same after Sunday. I know what the team is capable of and I know the prospects for the future are good.

“The podium is a thing that had to happen,” he added. “[The] most important thing is to follow the trend that we see now, keep the momentum into next year, especially for 2022, and I think we know how to do it.”