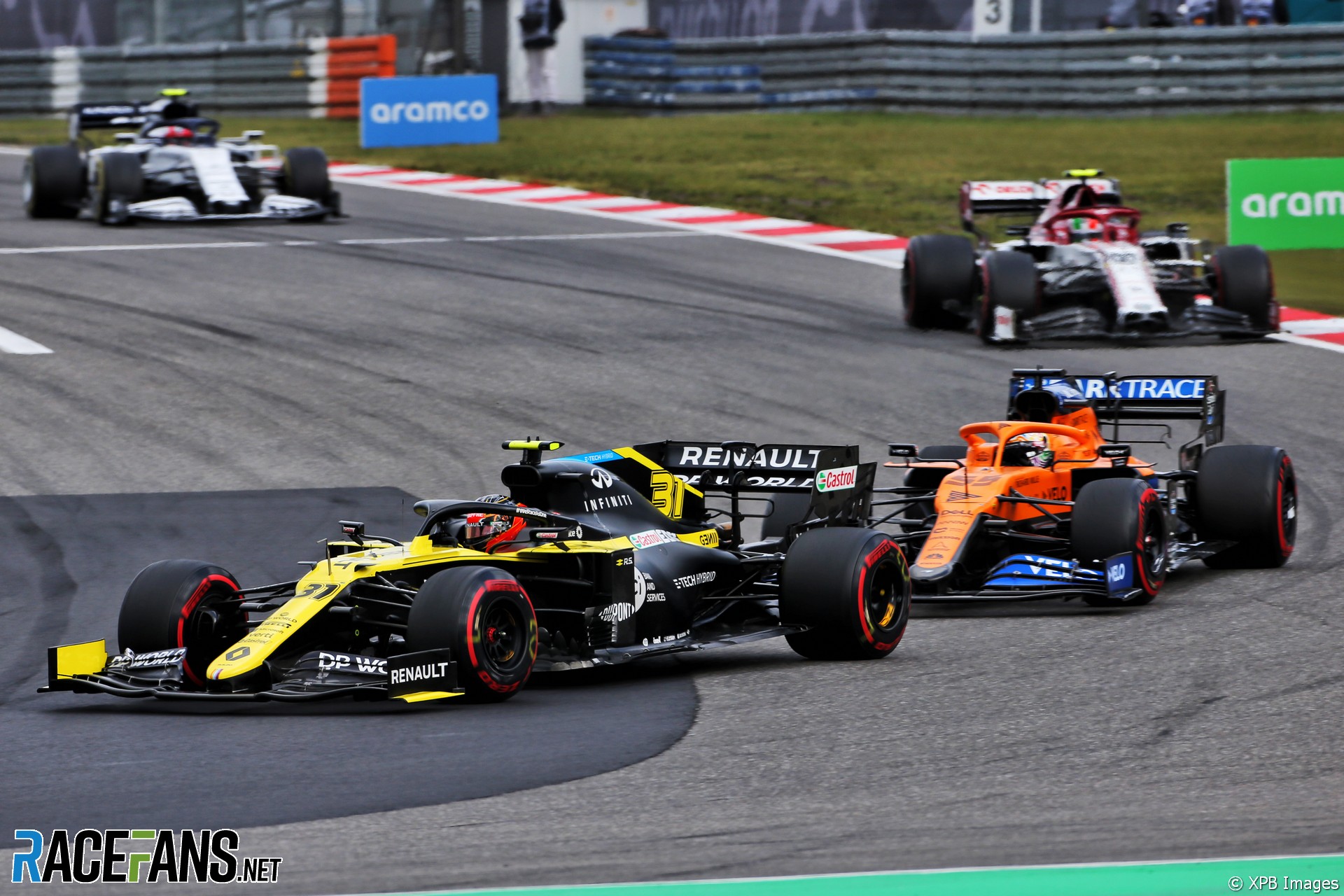 Renault team principal Cyril Abiteboul is pleased with Esteban Ocon’s progress in his return to Formula 1, despite him lagging well behind team mate Daniel Ricciardo.

With 11 races of 17 completed, Ocon lies 12th in the standings on 36 points, while Ricciardo lies fourth on 78.

Abiteboul said Ocon has made clear improvements over the last few races which haven’t yet been reflected in his results. He has retired due to technical problems in two of the last three rounds.

“He needs to do what he’s been doing [for] a few races that, unfortunately, have not really materialised, but for reasons that are not in his direct control,” said Abiteboul.

A hydraulic problem sidelined Ocon in the last round at the Nurburgring and his brakes overheated in the Tuscan Grand Prix. Abitboul admitted “it’s still not very clear what happened with the brake warming issue” at Mugello.

“But let’s be clear, since Monza – Monza was difficult – it’s been a reset of Esteban, the way that the we are all working together. There’s been a lot of discussion, lots of hard work for Mark Slade, who is not new into race engineering, in order to bring him through the steps.”

Abiteboul said he isn’t concerned about the scale of the gap between Ocon and Ricciardo.

“He needs to be very pragmatic about the situation, which is not a disaster. Frankly, if you if you were to remove the points he has lost due to lack of reliability he would probably be behind Daniel by a chunk.

“But we’re talking about Daniel Ricciardo. He never had such a strong team mate. He has had good team mates, Perez in particular is strong, but I believe that Daniel is stronger.”

Ocon “needs to be very pragmatic and set himself some realistic targets” said Abiteboul. “But also look at his current performance, which he should not be ashamed of and build his confidence.

“Build also his ability to be a bit patient sometimes. Like lots of young drivers he has a bit of impatience that’s leading him to do some small mistakes.

“But I have absolutely no worries that this cannot be fixed and with the support of the team around him, it will be fixed.”