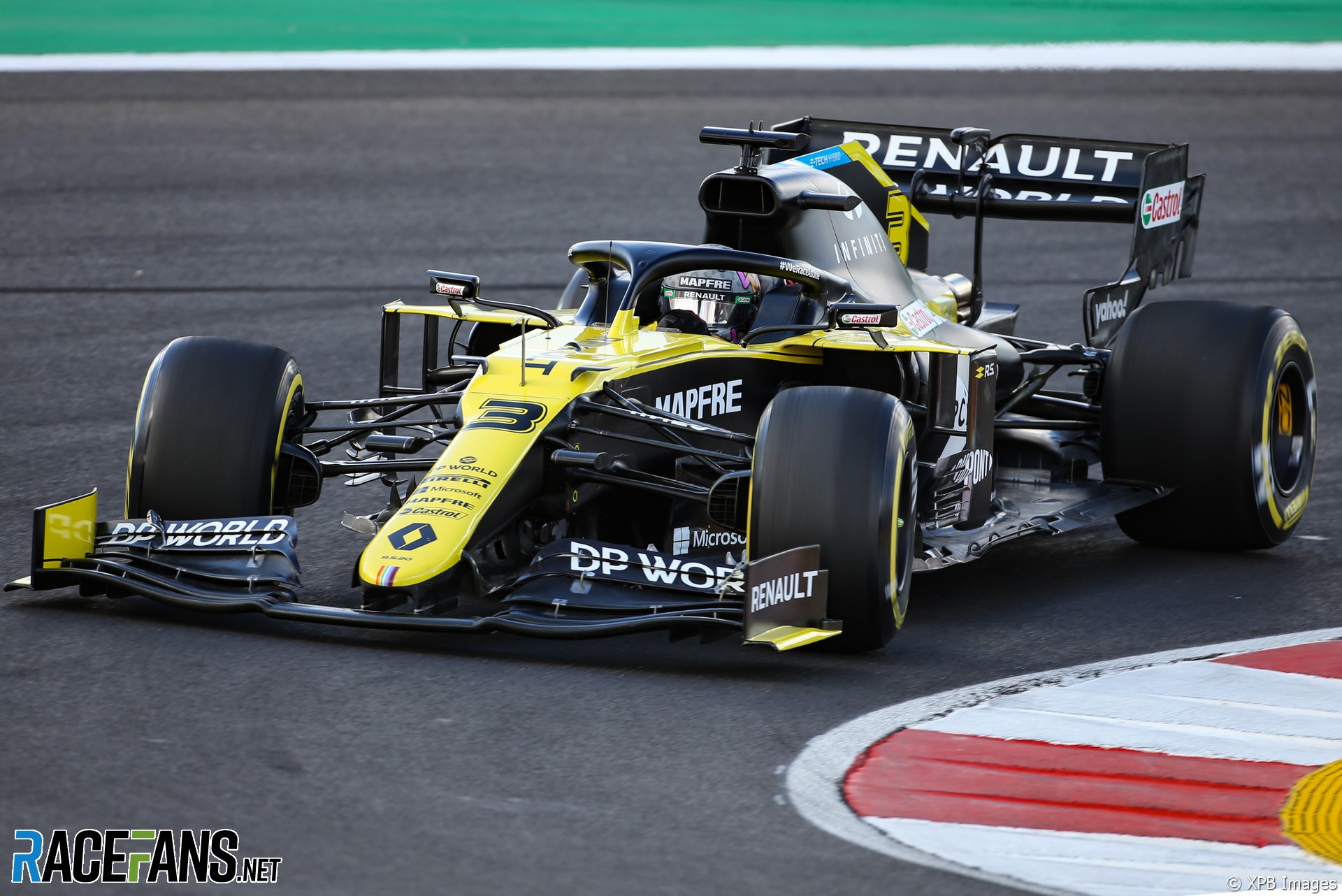 Daniel Ricciardo says Renault’s performance in the Portuguese Grand Prix may have exposed a remaining weakness in their otherwise improved RS20.

Renault has made notable progress in recent races, particularly with its high downforce package. That was reflected in Ricciardo’s breakthrough podium finish for the team in the Eifel Grand Prix.

But the team’s cars finished in the lower half of the top 10 last weekend, and only Ricciardo got his car into Q3. He believes the combination of a high-downforce track and low-grip conditions showed up his Renault’s shortcomings.

“I still believe that our weakness lies in that in real maximum downforce,” said Ricciardo. “Maybe not everyone had it in Nurburgring.

“So if everyone’s kind of put it on here, and onto that you’ve [also] got a lower track surface [temperature] so kind of the downforce even plays a bigger part because the grip’s low maybe that then kind of put us back to maybe where we are with this style of wing. That’s probably all I’d say.”

Ricciardo said Renault were able to get the tyres into the correct operating window more successfully at the Nurburgring than they could at Autodromo do Algarve.

“It’s maybe just a much slipperier track. I know Nurburgring was cold but actually once the tyre was warm the grip on the circuit was actually high.

“Whereas [in Portugal] it was never high. It was slippery all through the weekend. Even low fuel, new tyres, nothing was ever really glued to the track. So I think it probably just exposed a little bit of our weakness there.”