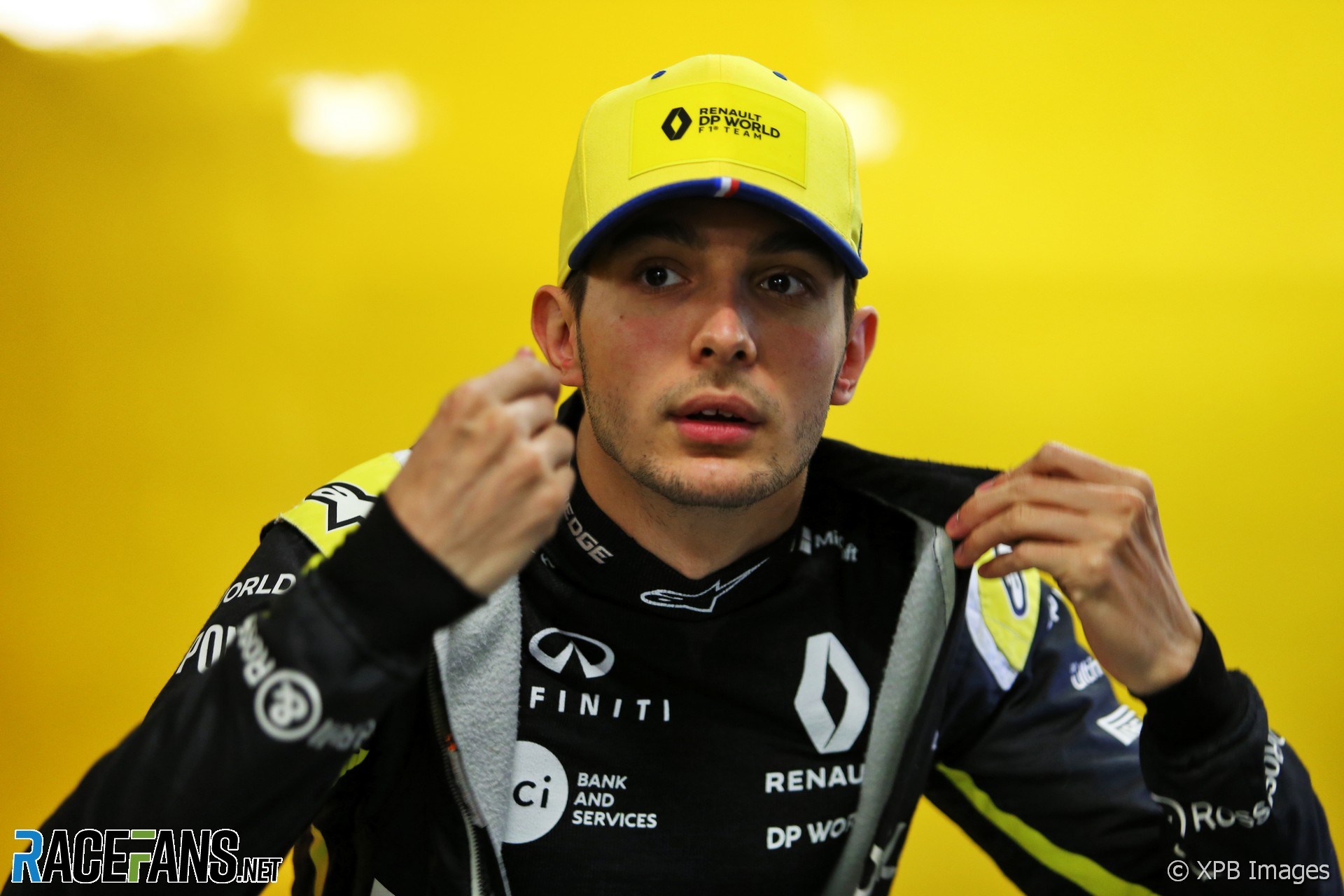 In the round-up: Esteban Ocon says the compressed of 2020 F1 calendar made working with a new team on his F1 return harder.

Ocon moved to Renault this season, after a year without a race seat, as the Mercedes reserve driver. He has been out-qualified by team mate Daniel Ricciardo 13 times this year, finishing Saturday ahead just once, at the Styrian Grand Prix:

He’s been quicker, clearly. After my year out I thought coming back it would take a little time for myself to to get back into it, to get obviously integrated properly into the team and try and work the way I did at Force India. But it took a little bit more time than I thought.

The way the season has condensed, as well, you don’t have much time to reflect on a race. You go straight away to another one. That’s how it’s been with the triple header. So we didn’t have time to properly analyse everything and come back and make it apply, we had only two days to get to it and straightaway go back to the fight.

So I think recently my performance has been better in qualifying, I think I’m closer to where I need to be. There’s still a bit of things that we can do better but overall I’m happier now, at the end of the season, than I was earlier. So it’s a better step.

Bro @lewishamilton once again congratulations on your 7th World Championship!
It was a great honor to share it with you!
It’s complicated, with the emotion of the moment, to analyze things, but after a few days you realize what this achievement means for our sport! #legend #f1 pic.twitter.com/Gd7ZpYqKqm

To all my fans… if you want fun racing tonight vote for ‘Motegi’ please! It won’t disappoint 😎🔥 https://t.co/W9OD0XdFP9

"Ford versus Ferrari, I think they did such a great job, two great, incredible actors. So I personally loved that. It almost encouraged me to potentially go and drive some of those cars, but I'm not going to do Le Mans."

"2020 hasn’t been an awful campaign for Zhou, given he is technically still in title contention and has the same number of podiums at this stage of the season, as he did last year. It’s just that he hasn’t hit the lofty heights that were expected of him. His strength in 2019 was arguably his consistency, scoring points in all bar four races. That tally has already been eclipsed in 2020, with six pointless finishes to his name. If he is to stand any chance of breaking into the top five, or even making a late assault on the title, then he has to ensure that number doesn’t increase. Sitting just over 20 points off fifth place, and less than 30 off third, it’s most definitely doable."

Jochen Rindt: The F1 champion crowned beyond the grave (BBC)

"With the Austrian's bloodied equipment in his hands, Ecclestone ran back to the pit lane to try to find out where his friend had been taken. 'I found him in what they said was an ambulance but was more like a pick-up truck, basically. They told me the hospital he was going to so I went there, but although he'd gone before me I got there first. They'd taken him to the wrong hospital.'"

"It was a breakthrough event for Kiefer in 2019, taking his maiden series victory, whilst driving for BWT Racing Point F1 Esports Team. Now with Red Bull, he’ll be looking to repeat the feat. And if he can match his 2019 position, Rasmussen would make it a one-two, having also been on the podium last year. Dani Bereznay completed the rostrum, and will need to do the same again this year if he is to recover from a misfiring second event."

Who deserves the credit – Lewis Hamilton or Mercedes? It’s not that simple (The Times - subscription required)

We always endeavour to credit original sources. If you have a tip for a link to feature in the next RaceFans round-up please send it in via the contact form.

Does Lewis Hamilton’s claim that he never had a timely opportunity to join Ferrari stack up?

There were two recent windows where Ferrari seemed to be in a rush to not sign Hamilton: re-signing Vettel a couple of years or so ago and signing Sainz this year. Both times, Hamilton’s Mercedes contract was running out.

That seems to indicate Ferrari are the less interested party. On the other hand, maybe it’s just a lack of intermediaries and communication. Ecclestone was famously the one to help engineer these switches.
David BR