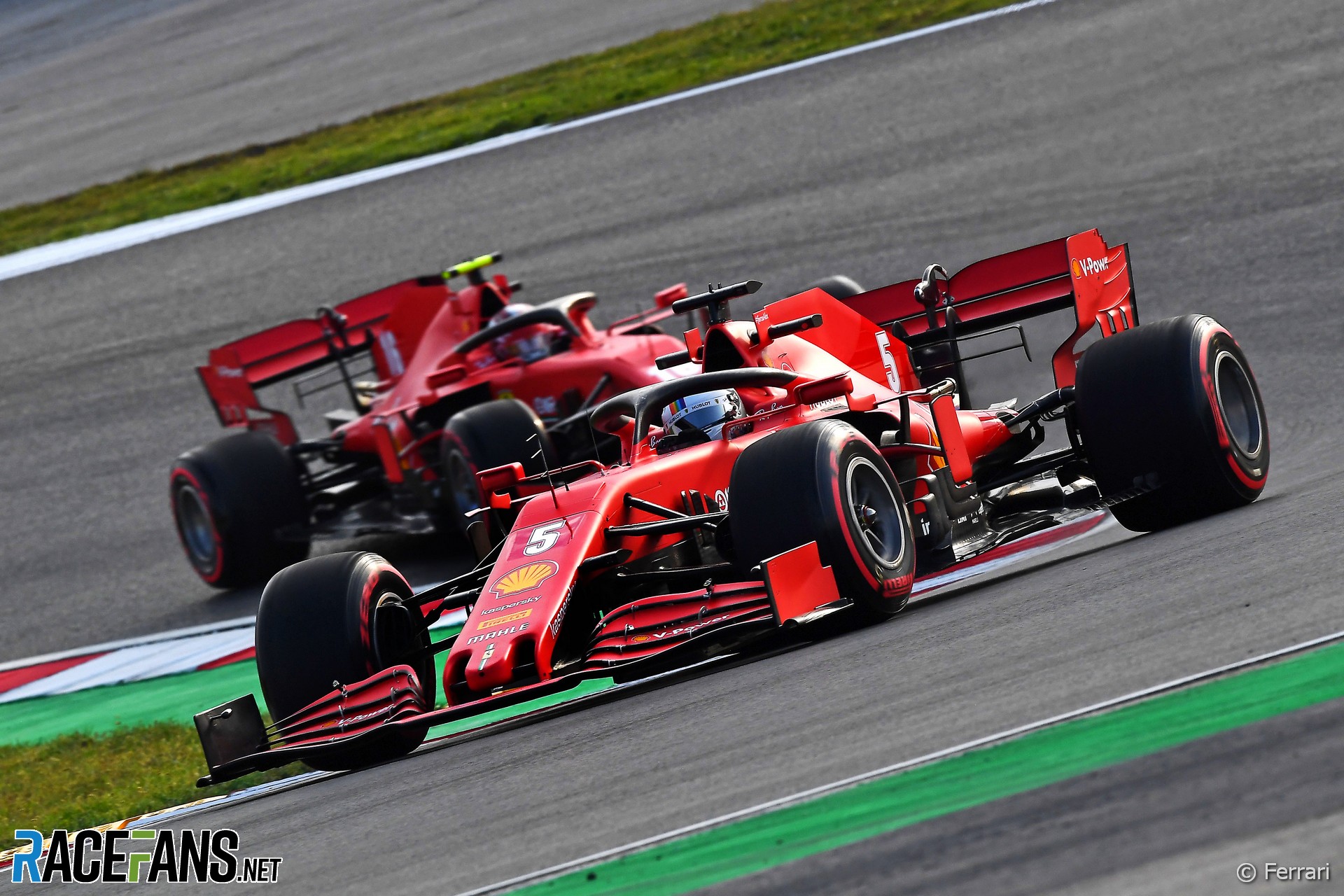 A surprise result for Ferrari in Turkey, against the run of play, has handed the beleaguered team the chance to salvage some pride from their dire 2020 campaign.

Heading into the previous round at Istanbul Park it seemed they were doomed to finish in the bottom half of the championship table. That would be a humiliating result for a team of Ferrari’s unique heritage.

Not to mention a team which, for the final time this season, receives a disproportionately large percentage of F1’s incomes. Although the prize pot is notionally shared in line with championship finishing positions, Ferrari have taken the lion’s share year after year despite being without a title since 2008.

Finishing sixth out of 10 – the position they’ve held since the beginning of September – would be bad enough. But AlphaTauri were edging close to them until the Turkish Grand Prix. Ferrari were in serious danger of falling to seventh – second among F1’s two Italian teams, with just their two customers and Williams behind.

Fortunately for the Scuderia, Sebastian Vettel and Charles Leclerc bagged their best points haul of the year in Turkey, while AlphaTauri went home point-less for the first time in 10 races. The gap between the two teams is now 41 points.

Instead of looking over their shoulders, Ferrari can now fix their gaze ahead. A place in the top half of the standings is just six points away. McLaren are 19 ahead and Racing Point 24 up the road.

Now there is a chance for Ferrari to save face. Moving up just one place from their current sixth position will spare Ferrari their worst championship performance for 40 years. On that occasion, Jody Scheckter and Gilles Villeneuve took the lamentable 312T5 to 10th in the standings, the former even failing to qualify on one occasion.

Fifth place would put Ferrari in the top half of the points table – clearly the right side of the divide. Fourth place would draw the sting further – they last finished that low just six years ago. Third place would be the dream result – an unlikely salvaging of the minimum position a team with Ferrari’s resources should ever finish in today’s Formula 1.

But whether any of this is possible also depends on how well Ferrari’s midfield rivals perform.

Racing Point’s Mercedes-aping approach to car design rubbed their rivals up the wrong way earlier this year. Renault protested the car and successfully had 15 points knocked of the pink team’s total, without which they’d be in a much more comfortable position.

Turkey was a bit of a freak result for Racing Point, too. Although their car has often been intimidatingly quick for their rivals, they’ve failed to get the best from it at times, which hasn’t been helped by both drivers missing races. They’ve slipped back over the course of the year and posted their worst qualifying result of the season at Imola.

The remaining tracks will be more power-sensitive than some recent venues, particularly the new Bahrain Outer layout, and as the only team in this fight with Mercedes motors that should play into Racing Point’s hands.

After a strong start to the season McLaren have faded somewhat. They’ve been throwing upgrades at the MCL35 as fast as they can – partly due to the off-season upgrade limitations they will face due to changing engine supplier – and not all have worked as intended right away. Renault reliability has let them down at times too.

Each of these four teams will change one of their drivers at the end of the year but, unlike Ferrari and Racing Point, McLaren is in the happier position of not showing either of their current racers the door. Ferrari-bound Carlos Sainz Jnr and the steadily-improving Lando Norris have performed consistently well and kept the team in the thick of the fight for third.

All was going to plan as Daniel Ricciardo and Esteban Ocon headed to turn one in Turkey. The team led the fight for third – admittedly by a single point – and both drivers got off the line well. Then they tripped over each other. Nor was the car particularly quick around the bizarrely slippery Istanbul. Result: one point, and a slip to fifth in the standings.

The team has good reason to expect they can reverse that over the coming races. The RS20 likes warmer temperatures and prefers lower-downforce tracks – consider those boxes ticked. They’ve run their 2018 machine at both circuits. Ricciardo has been back to his best this year, seemingly unaffected by ay nagging doubts that he may have chosen exactly the wrong time to leave this team. He’s thorough shaded Ocon though, to be fair, his team mate has had the majority of the misfortune and his qualifying performances are trending in the right direction.

Ferrari have made gains with their SF1000 in recent races, but they were surely flattered by unusual circumstances at Istanbul. The car’s straight-line performance has been one of its biggest weaknesses and there’s an abundance of long acceleration zones at the coming tracks.

Despite his excellent third place in Turkey, a major question remark remains over Vettel’s form, as he’s lagged well behind Leclerc all year.

On paper, Ferrari appear to have a tough run-in to the end of the season on their hands. If they can compete in regular conditions against any of these three teams they have trailed more or less all year, it will be a clear sign of the progress they have made in an otherwise forgettable season.

Which team is best-placed to take third in the championship? What can Ferrari achieve in the remaining races – and what is the minimum they must do to save face? Have your say in the comments.

If you've enjoyed RaceFans' motor sport coverage during 2020, please take a moment to find out more about our Supporter Drive.

We're aiming to welcome 3,000 new Supporters to help fund RaceFans so we can continue to produce quality, original, independent motorsport coverage. Here's what we're asking for and why - and how you can sign up:

40 comments on “Could Ferrari pull off a face-saving shock in the final three races?”