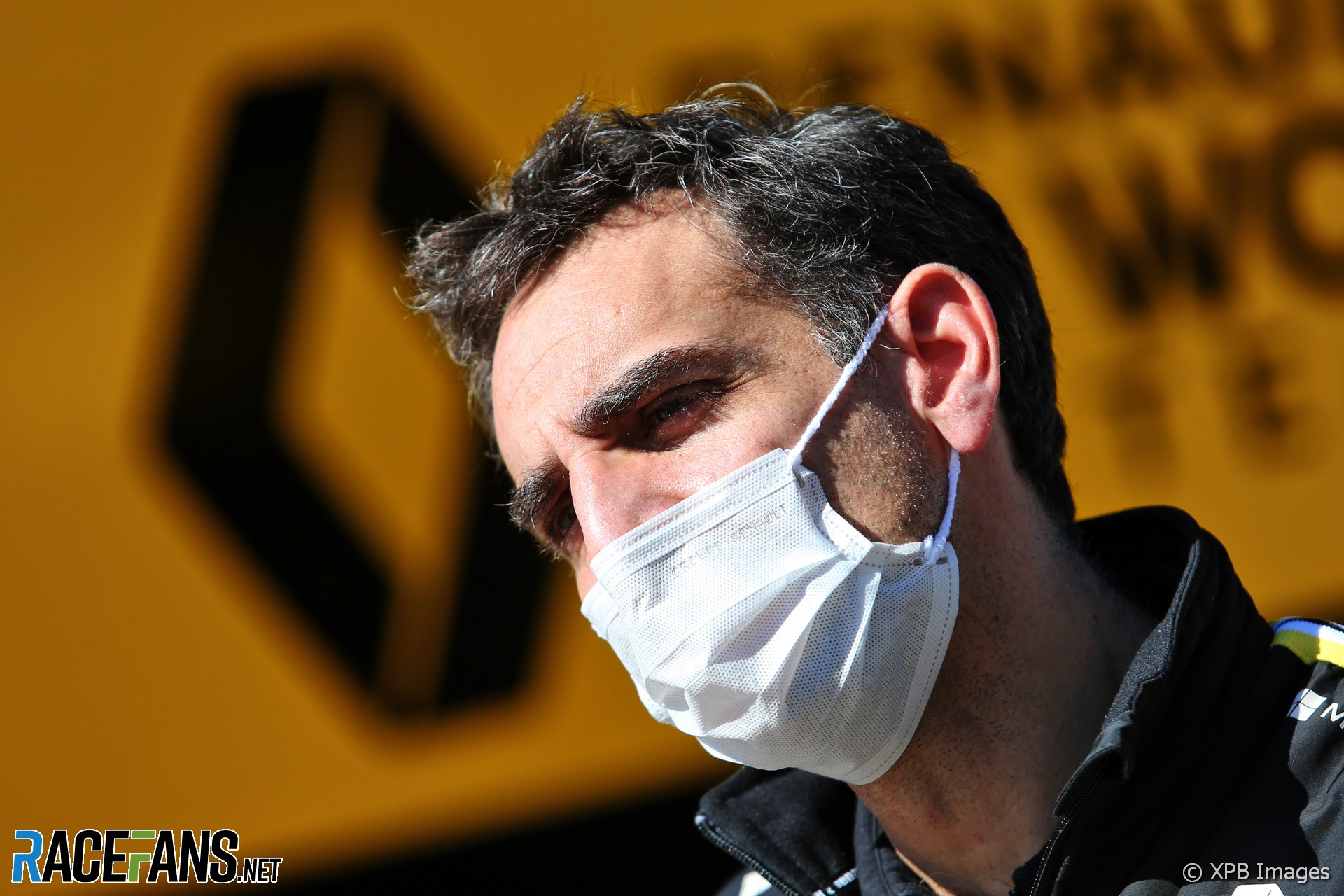 On Friday Ferrari team principal Mattia Binotto indicated they support proposals to bring forward a freeze on engine development to 2022. He also raised the possibility of F1 introducing a mechanism to converge the performance of engines, potentially using different fuel flow rates.

Red Bull team principal Christian Horner has also pushed the idea but his opposite number at Mercedes, Toto Wolff, is firmly against the plan, which he likened to ‘Balance of Performance’ rules.

Abiteboul said Renault’s position is that competition between engine suppliers must remain part of Formula 1.

“There has been a meeting I think it was 11th of November where we all expressed our position and we’ve not changed our position,” he told Sky.

“There is a set of regulations. We are ready to some form of compromise, particularly in the freeze because we accept that convergence is [already] happening, spending is becoming crazy, frankly, and we should not do that.

“Having said that there is clearly a line. We will not turn our back to 70 years of competition on engine. Engine development and performance being a differentiator is at the core of what Formula 1 is and means for us. We will not cross that line. That’s very clear.”

Red Bull is pushing for an earlier engine freeze in order for it to take over Honda’s engine supply at the end of the 2021 F1 season. If they are unable to agree an engine deal by the end of June, under F1’s rules Renault would be required to supply them with engines.

“If we need to write in the regulations that Red Bull should have the best engine that’s something different,” Abiteboul joked. “But I think this is not what’s at stake here.

“We need to find a solution for Red Bull. There is already a solution in the regulations. If they can do a deal with Honda all the best. But we should not go further than that.”