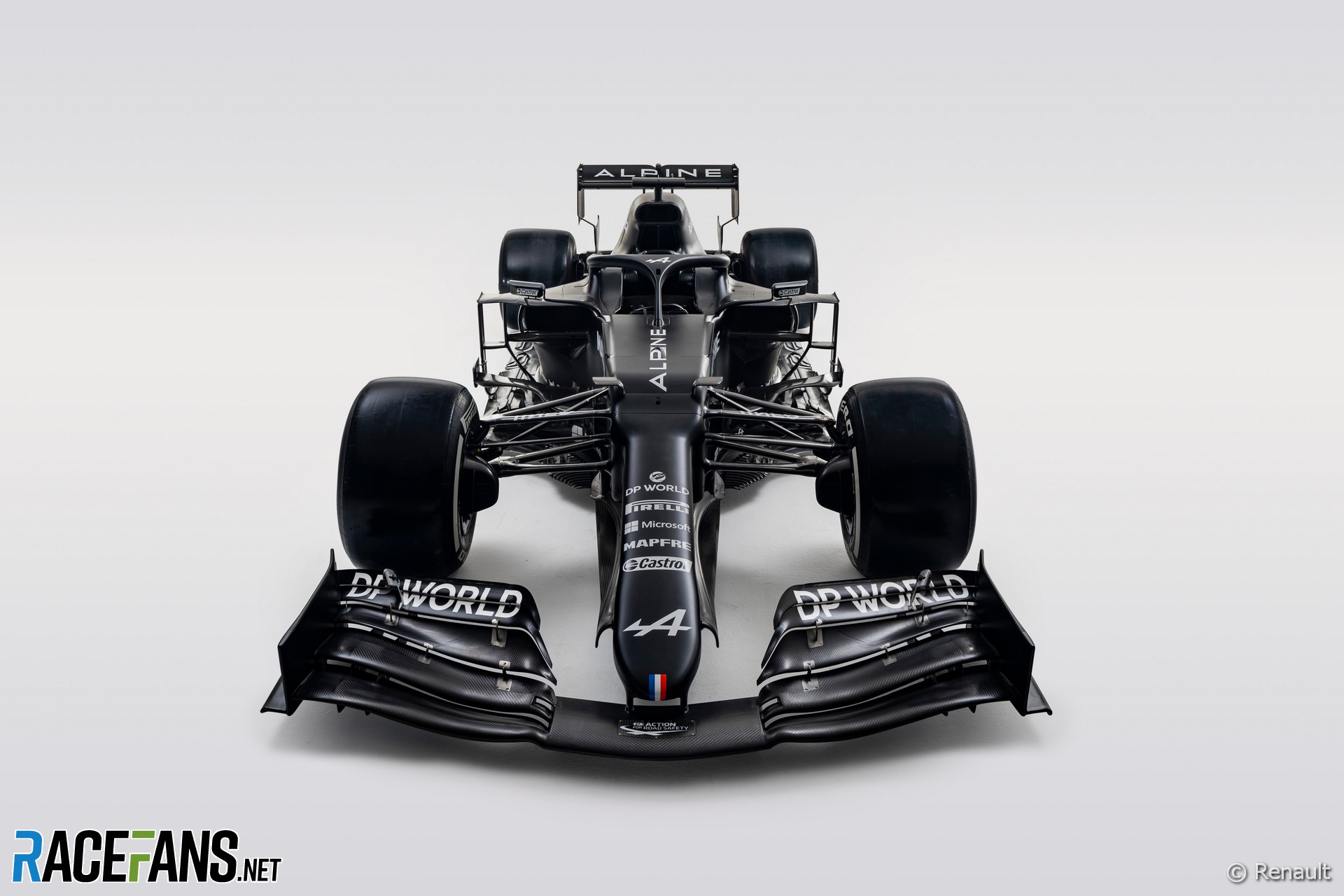 Renault has revealed the new look of its Formula 1 team, which from this year will compete under the name of its performance sub-brand Alpine.

Luca de Meo, who took over as Renault Group CEO last year, introduced the team at a press conference to announce the company’s overall strategic plan.

Renault returned to Formula 1 as a full constructor in 2016 and scored the first podium finishes since its comeback last season. Fernando Alonso, who won two world championships with the team in 2005 and 2006 has joined Esteban Ocon at the rebranded Alpine squad this year.

Rossi revealed the team’s interim look. “I’m very proud to show you for the first time an F1 car for this season,” he said. “Stay tuned, we’ll unveil the livery of the newly-minted A521 next month.”