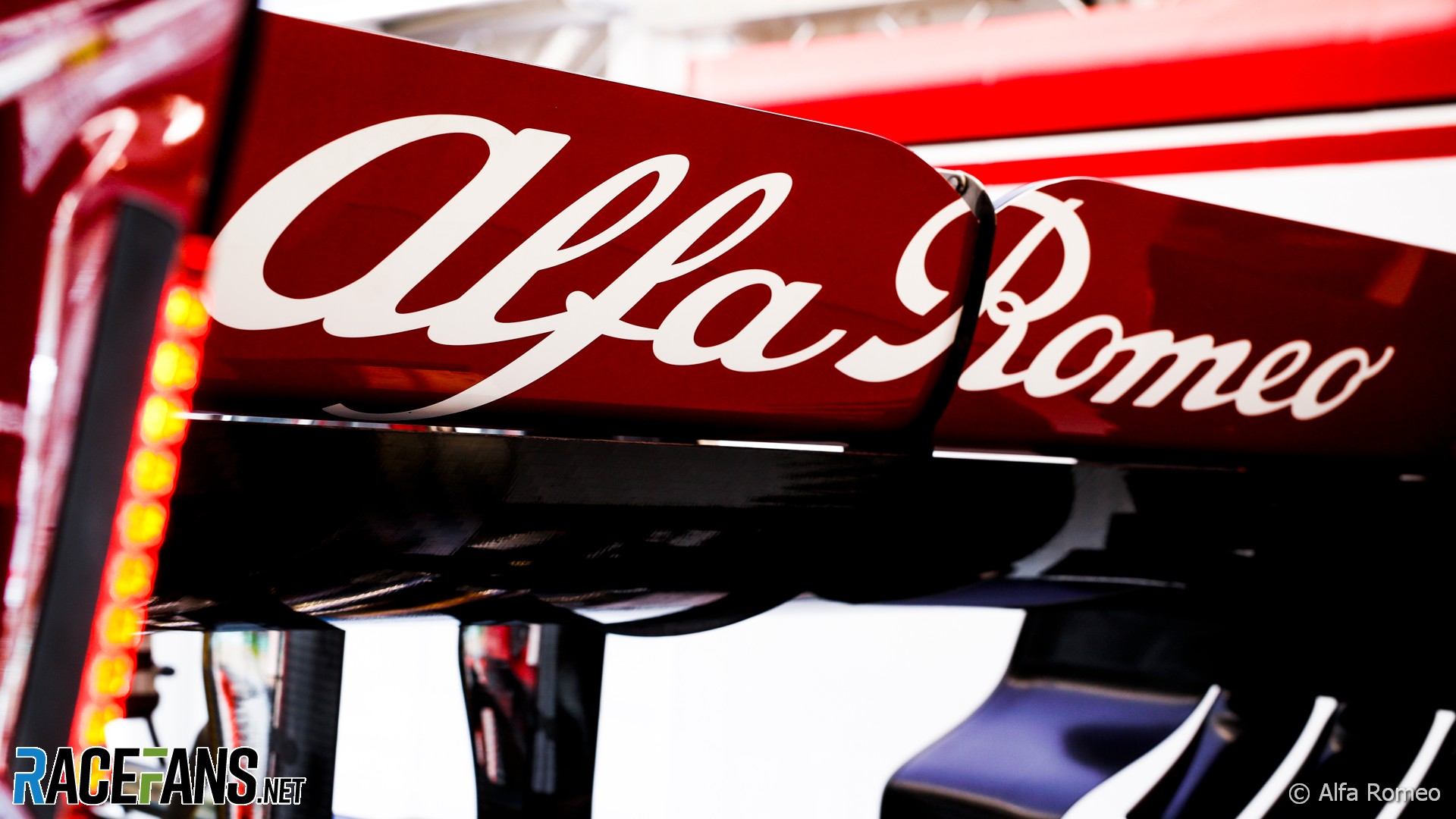 Despite strong French overtones and presentation timings less than a week apart, the respective media conferences hosted by Groupe Renault and Stellantis could not have been more different. The former, presented by CEO Luca de Meo on 14 January, had style but little substance; the latter held five days later and chaired by Carlos Tavares – CEO of the alliance created by PSA (Peugeot, Citroen, Opel, Vauxhall) and Fiat Chrysler Automobiles – was precisely the opposite.

Both men are new to their roles. De Meo replaced the disgraced former Renault CEO Carlos Ghosn in July last year, while Tavares, CEO of PSA since 2014, formally took the helm of Stellantis after transatlantic and shareholder approval for the alliance was granted earlier this month. Crucially, prior to joining Peugeot, Tavares had been COO and number two to Ghosn at Renault.

Renault’s presentation (covered in detail here) was followed three days later by an interview with an Italian daily newspaper. Renault is partially French government-owned, but de Meo is Italian.

The topics seemingly took Alpine F1 Team by surprise. So much so that on the morning of Sunday 17th January the team’s media department rushed out confirmation of Davide Brivio’s appointment as racing director in a release consisting of no more than five paragraphs, with neither images nor media contact details…

Three days later the same daily ran a story alleging Renault was in talks over a technical partnership with Sauber, currently racing as Alfa Romeo with Ferrari powertrains. The news took Maranello by surprise, for the Scuderia believed it had the basis for an extension with the Swiss team, which sources in both operations later confirmed was the case. Indeed, all that remains outstanding is formal approval of the 2022-25 deal.

De Meo had seemingly been misled by the team’s executives or not been updated. It is known that Ferrari contractee Haas had sounded Renault out about a possible partnership before extending and expanding its deal with Ferrari. F1 hopeful Panthera is also seeking an alliance and had put feelers out with the French company. But any talks between Sauber and Renault were, at most, cursory and far from advanced.

The Ferrari-Sauber extension, to be confirmed shortly, opens up a number of intriguing possibilities, not least that Stellantis may acquire the team – as outlined here. At its most elementary the agreement would see a continuation of the current supply of a complete ‘rear end’ – engines, transmissions, associated electronic and hydraulics, and rear suspension mountings and components.

However, with F1’s 2022 regulations encouraging sharing of certain parts, the agreement is believed to provide for two-way co-operation, particularly as Sauber has full-scale manufacturing facilities. By contrast Haas, with no wind tunnel or production capabilities, will become increasingly reliant on Ferrari technologies as permitted. Indeed, to this end Ferrari established a customer technology department.

Alfa Romeo, previously a part of the FCA stable, recently renewed its livery and title partnership with Sauber through to the end of 2021, and thus a decision needs to be taken sooner rather than later. However whether the legendary Milan marque’s keepers are content to have it trundling around in a solid eighth place in the championship – as has been the case since 2017 – is another question.

Although Ferrari and Stellantis are separate legal entities, being listed under the tickers RACE and STLA respectively, they are ‘joined’ at the very top via common major shareholding company Exor, chaired by John Elkann. While there are suggestions that the scion of the Agnelli family – viewed as Italy’s industrial ‘royalty’ – is no hardcore F1 fan, there are no doubts he understands the brand value created by motor racing.

In contrast Tavares harboured ambitions of racing professionally before switching to engineering and has since competed in over 500 amateur events including rally and single seaters. If he wishes to acquire Sauber as halo project for Stellantis, he is likely to find ready ears in Turin. Should that come to pass, the next question is one of brand. The alliance owns Alfa Romeo and Maserati, both with illustrious F1 pedigrees.

While Alfa Romeo is the logical brand should Stellantis acquire Sauber, the move may face an obstacle in the form of CEO Jean-Phillipe Imparato, last week transferred by Tavares from Peugeot to Alfa Romeo as part of management reshuffles. Although the Frenchman has competed in classic events, his career history suggests he is ambivalent towards racing, having previously diverted sporting budgets to road car projects.

Saliently, in 2019 he told Autocar magazine that “Asking for €200m (£175m) for a future motorsport programme is completely mad. We have committed our [sporting] budget elsewhere, for a minimum of three years. We will see after that. One thing is for sure: motorsport is dead unless it’s electrified.”

While budget caps and F1 revenues potentially reduce the costs of F1 to well below those amounts, significant outlay would be required to take Alfa Romeo into F1 in its own right – all while the company requires mountains of cash to extend Alfa Romeo’s current two-model range and revitalise both the Giulia and Stelvio.

True, under Imparato Peugeot last year confirmed a 2022 WEC hypercar entry. But the word in WEC circles is that Imparato strongly opposed the project until he was persuaded it would cost under €30m (£26.5m) and battery sponsor Total would foot a large part of the overall bill. Sources suggest the final decision did not fall easily despite the low cost of entry, so Alfa Romeo under Imparato could well walk from F1.

That would leave Maserati as a further potential F1 brand within Stellantis. But the question is whether Elkann wishes to see his premium Italian brands go head-to-head. He, not Tavares, controls Ferrari, and while Alfa Romeo happily rides on the back of Ferrari, the question of Maserati doing so is more complex. Furthermore, Stellantis’ current ‘family tree’ does not provide for an autonomous motorsport department.

That said, Tavares last week appointed a number of ex-Renault colleagues to senior Stellantis positions, including Thierry Koskas, briefly Renault Sport president and thus former Renault F1 Team managing director Cyril Abiteboul’s boss at the time, as chief marketing officer. Indeed, Abiteboul worked with Tavares for a decade until the latter’s departure from Renault, and was cut loose from Renault a fortnight ago.

It doesn’t take much imagination to join the dots: Exor oversees Stellantis and Ferrari, which has a long-term technical partnership in place with Sauber, Alfa Romeo’s branding deal expires at the end of this year, a well-connected corporate F1 manager is available, Stellantis needs to make a big splash globally, and Sauber is said to be for sale now its value has been boosted by the need for prospective F1 entrants to pay a $200m anti-dilution fee.

On the flipside, such a project could face executive opposition – whether as Alfa Romeo or Maserati – while the other 12 brands in the Stellantis stable would not benefit from F1 to the same degree. The mere fact that imagined dots can be readily joined is no guarantee that F1 will follow; by the same token Stellantis owes it to its shareholders to explore the reach that F1 could offer this new global alliance.

No doubt something is bubbling away at Stellantis and Sauber. Whether that something eventuates into a corporate F1 project – under whatever brand name, and do not discount Stellantis itself – is likely to become clearer by the start of the season.

If you've enjoyed RaceFans' motor sport coverage during 2020, please take a moment to find out more about our Supporter Drive.

We're aiming to welcome 3,000 new Supporters to help fund RaceFans so we can continue to produce quality, original, independent motorsport coverage. Here's what we're asking for and why - and how you can sign up: