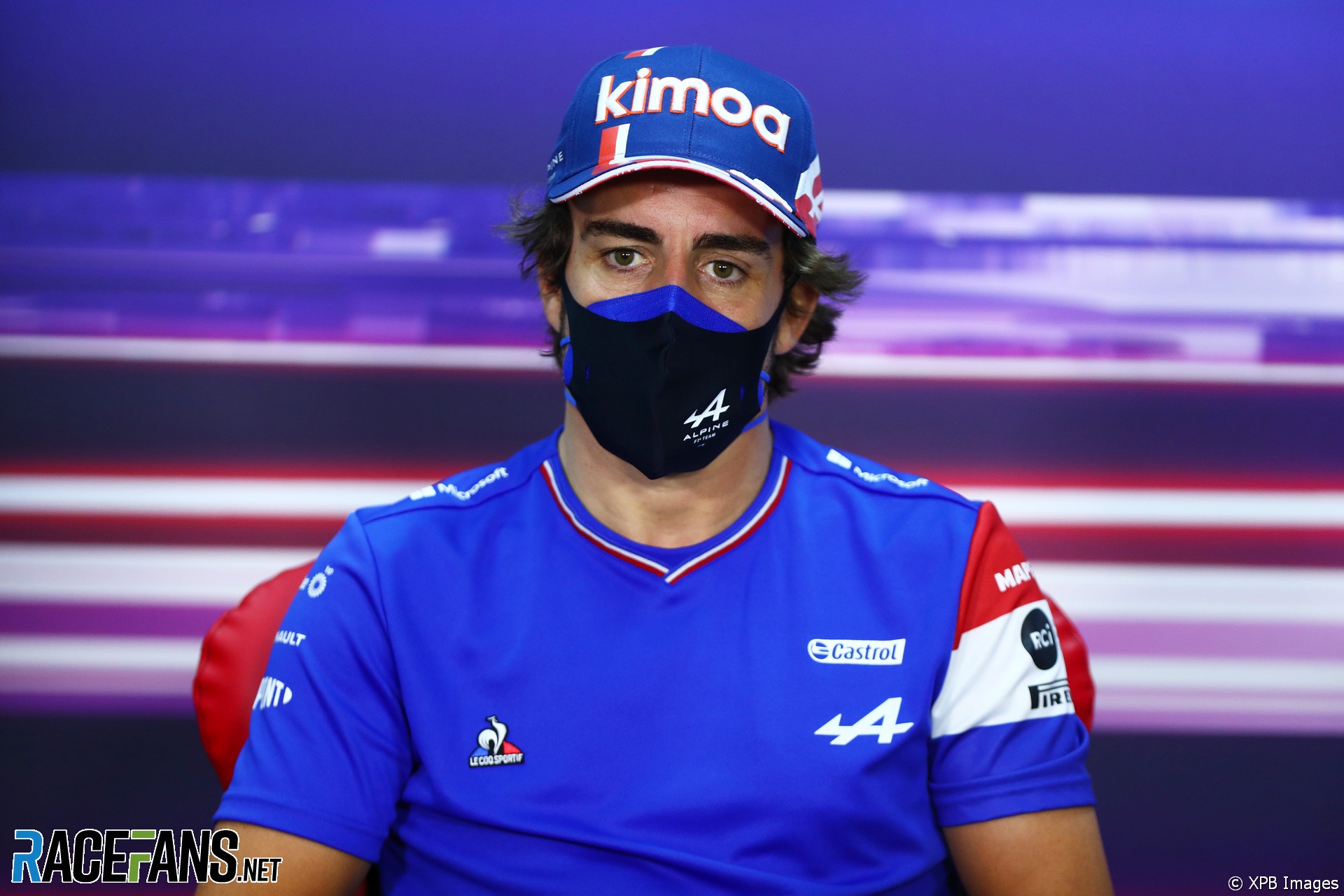 Alpine CEO Laurent Rossi has insisted Renault president Luca de Meo was not involved in talks to bring Fernando Alonso to the team before the 53-year-old took over as president of the group.

Alonso said on Thursday he had talks with De Meo between the announcement of his appointment in January last year and his arrival at Renault the following July.

When asked about Alonso’s comments by RaceFans, Rossi said: “I cannot comment on that because I was not involved in the discussions, obviously.

“That said, I can tell you that Mr de Meo was not involved in anything related remotely to Renault because even us within the Renault Group, not even the Formula 1 team, could not speak to him until the very first day of his arrival at Renault. So I find it hardly believable.”

Alonso said on Thursday at the Bahrain International Circuit he had talks with De Meo and former Renault F1 team managing director Cyril Abiteboul during the first half of last year.

“I think the decision was made around March or April, the last few conversations or official conversation with [the] president and with Cyril,” said Alonso.

“So it was before the championship started. I remember clearly that from Australia there was this comeback, the whole paddock came back from Australia and then it was delayed, the start of the season, until Austria. And it happened in that moment.”

Asked by RaceFans whether he spoke to de Meo before July, Alonso said other people had also participated in their discussion.

“No, obviously it was an open group of people,” he said. “You are not only talking with one person, it was more people involved. But I was lucky enough to have the possibility to talk with the president that he was coming a few months or few weeks later than we thought.

“We talked and I think his plans and his vision for the future of F1 and the commitment for F1 was very convincing. And I think we are in good hands. And I think all the Alpine team and the Groupe Renault is is very happy in this moment to have Luca as our leader.”

8 comments on “De Meo did not join talks with Alonso before joining Renault, Rossi insists”