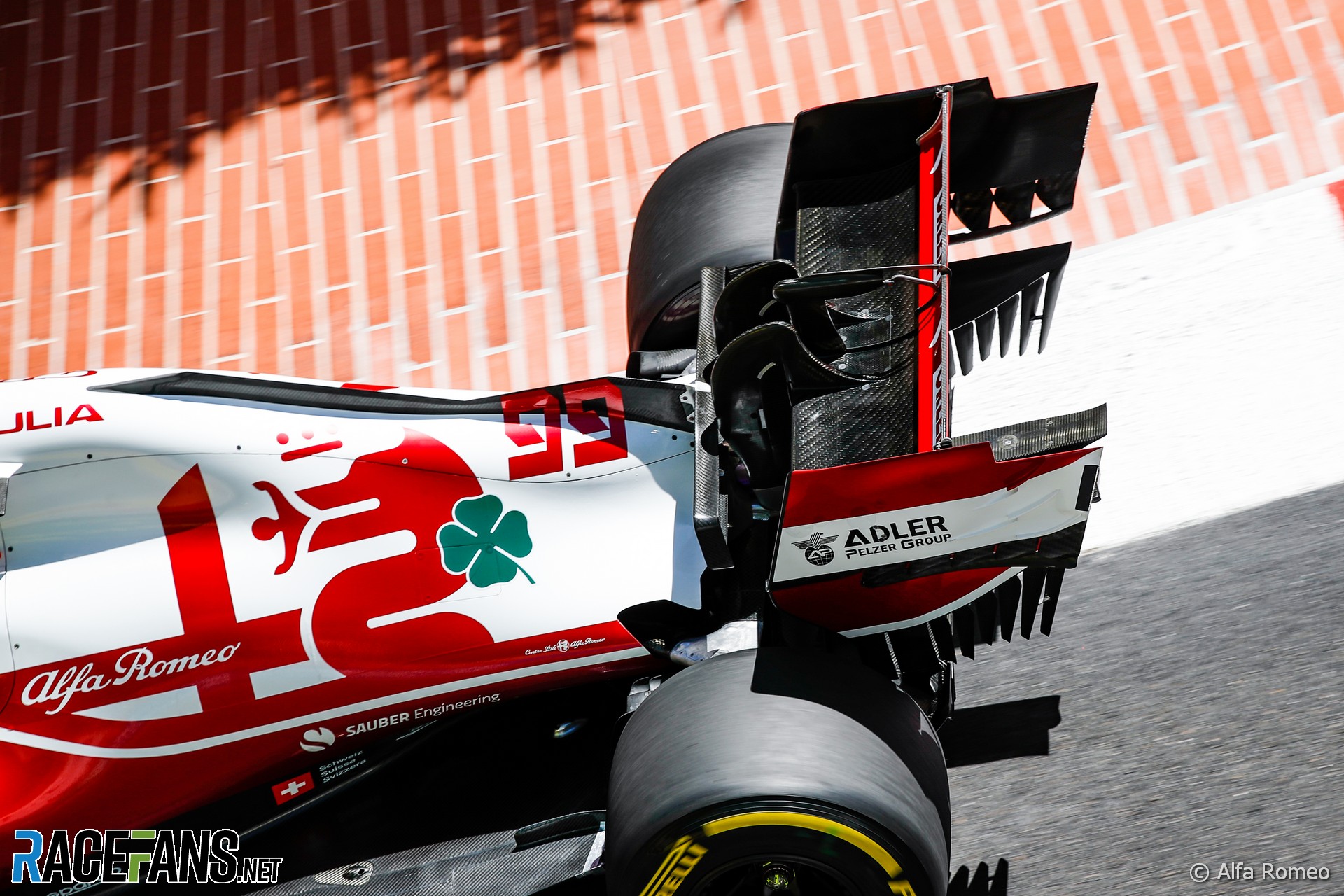 Rear wing stiffness tests will become stricter after the Azerbaijan Grand Prix in response to footage which showed some teams’ rear wings deforming at high speed. Vasseur said he is “upset” with the ruling as it will force his team to develop new rear wings.

“The introduction of a new test is a different thing but to change the value of the test, it’s not fair at all,” he said. “The business of the engineers in F1 and the designers is to design parts at the limit of the regulation. If you change a regulation in the course of the season, you would have to design new parts and the teams who are saying that they won’t be affected, it’s a joke.”

“We are all fighting to try to save money,” he added. “[We] speak to reduce one person on track and then we have these kind of things. It is just a joke.”

Some rival teams have claimed the delayed introduction of the test will disadvantage those whose wings already comply with the rules. But Vasseur is convinced all teams will have to change their designs.

“Everybody was sticking to the limit and the FIA decided to change the limits. It’s a bit surprising, they changed the load and deformation in the course of the season.

“It’s not the introduction of a new test or a new way to do the test, it’s that they changed the value and this for me is the first time that I remember that we see something like this. If you are the limit, if you did a good job, you have to produce new wings.”

“We will have time to do it, but it will cost us a fortune,” he added.

Vasseur doubts the change will make a significant difference to the performance of the cars. “It will be marginal because we did a back-to-back [test] a couple of times and the difference was not huge.”

65 comments on ““Bendy” wing rule tweak will cost us a fortune, Vasseur warns”