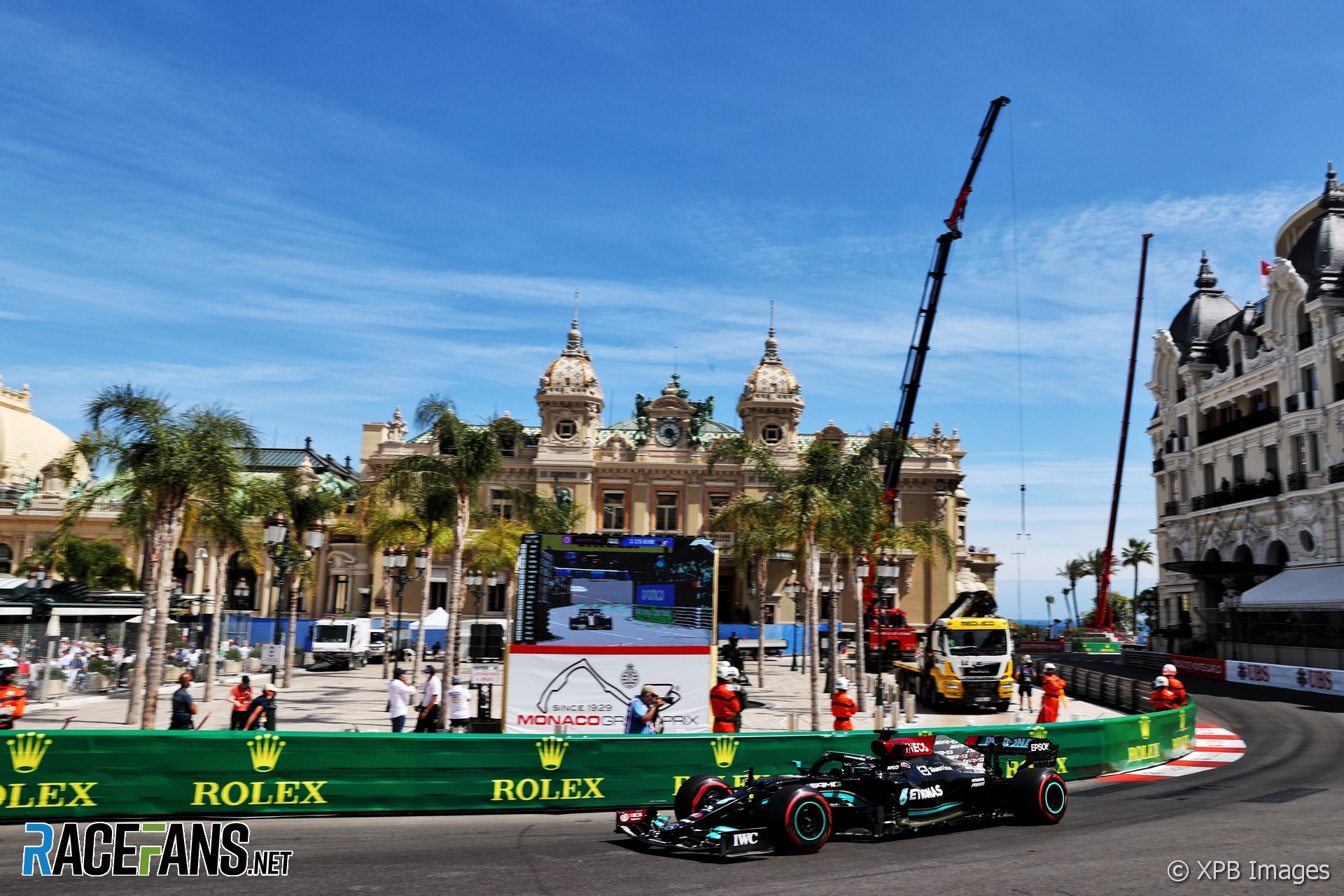 Lewis Hamilton says he wouldn’t have enjoyed a “boring” Monaco Grand Prix even if he’d finished higher than seventh.

The Mercedes driver lost the championship lead to Max Verstappen in last weekend’s race. He started and finished in seventh place, his worst result of the season so far.

“I probably won’t re-watch this race,” said Hamilton after a frustrating afternoon which saw him lose places to Sergio Perez and Sebastian Vettel through his first pit stop.

“I’ll probably watch a highlight just to kind of [get] a bit of an understanding of where I lost three places, for example, or potentially three places, two at least.”

Before reaching F1, Hamilton also won at Monaco in Formula 3 and GP2 (now Formula 2). But he has often said the track does not produce satisfying races with modern Formula 1 cars.

“I’m glad the race is over because it was the longest race,” he said. “It was so long.

“I’ve been saying it time and time again, it doesn’t matter what position you’re in, this track is just not fun to race on. Because you don’t see any overtaking, you can’t follow.”

Hamilton is a three-time winner of the 92-year-old grand prix which takes place on the streets of the city he lives in. But victory doesn’t make it a more satisfying race, he said.

“It’s great, of course, when you win the race,” he said. “But even when you’re leading the race and you’re far ahead, it’s also boring. I’m sure for Max it was a pretty chilled afternoon for him.”

118 comments on “No fun to be had in Monaco Grand Prix even if you’re winning, says Hamilton”