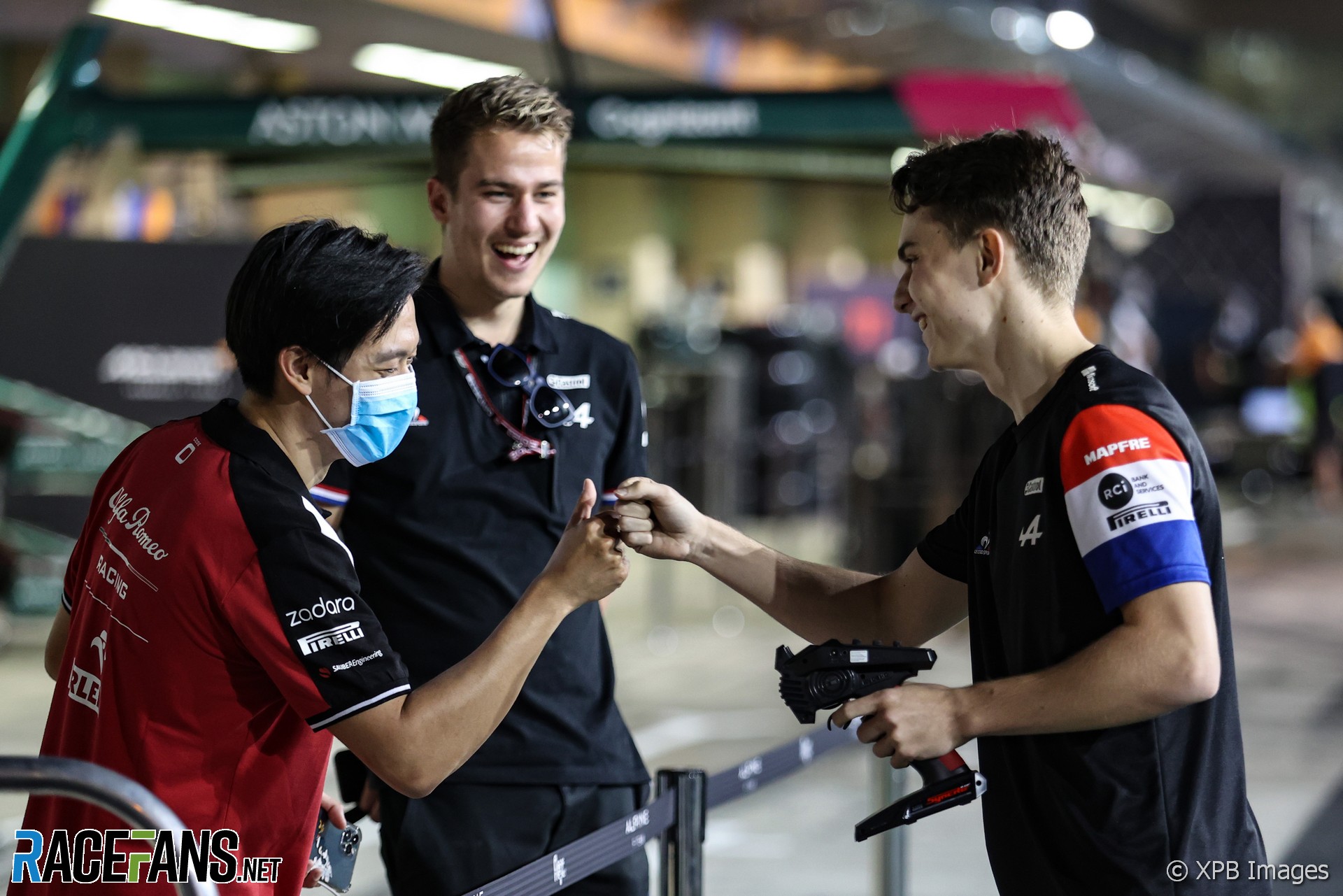 Oscar Piastri has just won the Formula 2 title as a rookie. However, despite securing his third championship in three categories over the last three years, he will not be stepping up to race in the top echelon in 2022.

That makes it easy to think there must be something wrong with the single-seater ladder, the Alpine team he’s part of and Formula 1 itself by that fact.

To put into perspective what Piastri has achieved, he has won the Formula Renault Eurocup, FIA Formula 3 and Formula 2 titles in three successive years and become the second driver in racing history to achieve such a feat en route to single-seaters’ top level. He’s now the most successful member of the driver development programme tied to Alpine since its 2002 creation.

Fellow Alpine junior Guanyu Zhou slipped to third in the F2 standings only after already being confirmed as an Alfa Romeo driver for the 2022 F1 season. That team is part of the Stellantis automotive conglomerate, and has different commercial pressures to that of the Renault Group that the Alpine F1 team and sportscar brand of the same name belong to.

Piastri joined what was then the Renault Sport Academy after winning the 2019 Eurocup, slotting into Prema’s F3 line-up for 2020 at the same time. When in the UK meeting with Renault to secure that place and the “much-needed financial support” to race, he also signed to join the management company run by fellow Australian and former F1 star Mark Webber.

Piastri introduced himself to Renault’s factory team, before heading to Bahrain for F3 pre-season testing, back to boarding school in the UK and then heading home to Australia with a crucial weekend where he was embedded with Renault for the season-opening Australian Grand Prix.

And then the Covid-19 pandemic struck.

While racing didn’t get underway until the summer, with a lengthy factory shutdown period, being stuck on the other side of the globe until then did Piastri no favours.

Eventually he got back to Europe and moved into his own flat with a fellow Renault junior. He missed the Tenerife training camp the other Alpine juniors ended up quarantined at, but with key Alpine personnel there it at least gave them the opportunity to bond a bit more.

When the F3 season began, the paddocks were strictly segmented to reduce Covid-19’s spread, and denied those in the junior series the opportunity to mingle with the F1 fraternity. It reduced the number of new connections that could be made, putting those with the money – like Zhou – at a further advantage, and stopped juniors from shadowing the F1 teams. A driver can set a strong impression just from how they spend garage time observing the F1 action, and that opportunity largely passed Piastri by.

Changing times for Renault and Alpine

Piastri was able to focus on his rookie F3 campaign and promptly won the title, but in results alone it was not spellbinding. He never qualified higher than third, and was only the fifth-highest scorer over the season’s second half. By his own admission, two titles in two years were sealed thanks mainly to “a mistake from my rival” in the penultimate rounds.

While Piastri didn’t have the F1 paddock access, his manager Webber did through his broadcasting job with Channel 4’s free-to-air coverage in the UK. But Webber’s “most important work”, according to Piastri, was to help secure him the budget for a competitive seat in Formula 2 for 2021. That was done before the end of the year, but he couldn’t promote his protege as much as he would have liked as mixing in the F1 paddock was still heavily restricted.

Over the winter, Renault decided to rebrand its F1 team to Alpine, and the power structure both within the team and the wider Renault Group shifted significantly. The renamed Alpine Academy was now being tugged in two directions between director Mia Sharizman’s ideal as a creator of future F1 drivers and Alpine’s chief executive officer Laurent Rossi’s commercially-led preferences.

Meanwhile, a company that was heading towards an electric vehicle future was having its fortunes battered in Australia as the pandemic rolled on.

Reanult withdrew most models from sale in the nation, including the face-lifted Zoe electric car. Fewer than 70 Zoes were reported to have been sold in the region over four years before it became just the third vehicle in history to receive a zero-star Euro NCAP safety rating. Restrictive state taxes introduced this summer against electric vehicles (EVs) only made the situation worse. There are industry nerves down under as Renault’s next models – one ironically named the ‘Austral’ – are yet to be confirmed for the Australian market. But falling demand for new cars and disrupted supply chains during the pandemic has made those kinds of commitments harder to make, while other markets get prioritised.

Renault has signed a supply deal with an Australian company aiming for zero-carbon lithium extraction to provide for EV batteries, but the issue is that promoting F1 is at the opposite end to their interests.

With all this, Piastri has had limited potential as a marketing tool through 2021 compared to Zhou. Bringing China’s first ever F1 racer to the grid is a marketing win in itself. The team’s desire to capitalise on the first genuine opportunity to have a Chinese driver compete in Formula 1 was mentioned as part of Alpine’s plans in its team launch. Alongside their current driver line-up featuring in snow-filled posters with their French driver Esteban Ocon piloting an Alpine A110 sportscar on the Monte Carlo Rally – there was a clear brand image that Alpine was already committing to for the long-term.

One of the biggest challenges for Alpine at the start of 2021 was to actually recall Piastri back to Europe after he visited Australia over the new year. The intermittent internet connection where he quarantined made it difficult for him to undertake media commitments and more pressing work, but Piastri came into 2021 with a smart, strategic approach. He now lives near the Enstone factory and, from the off, said he planned to do everything he could to get to know the F1 team and be popular on the factory floor in much the same way Nico Hulkenberg had endeavoured to prove his worth to Williams years before.

Despite that approach, and the on-track success that followed in F2, forming a strategy for Piastri’s future wasn’t initially a priority. Christian Lundgaard was said to have been the highest performing of the three in the private F1 tests the Academy conducts, but the Dane has taken himself to IndyCar for now. When the suggestion of sending Piastri and Zhou to other F1 teams on loan was raised, it led to a simple disagreement higher up at Alpine.

Some thought it was the right thing to do. Others involved didn’t want an Alpine driver racing an F1 car that did not have a Renault engine – something Zhou will now be doing at Alfa Romeo. The agonising over the matter went on for long enough that it killed off the prospect of loaning their drivers out anyway, despite very public comments that it was an active consideration in Alpine’s plan to get its juniors into F1.

Eventually, the only card Alpine had left to play was to promote Piastri to reserve driver status in 2022, and that vacancy only opened up once Zhou had exited for Alfa. So of all the factors at play that have determined Piastri’s path to the F1 sidelines, it’s Zhou’s move into an grand prix seat that has actually enabled the Formula 2 champion to get closer to his ultimate goal, rather than deny him a way into the world championship.