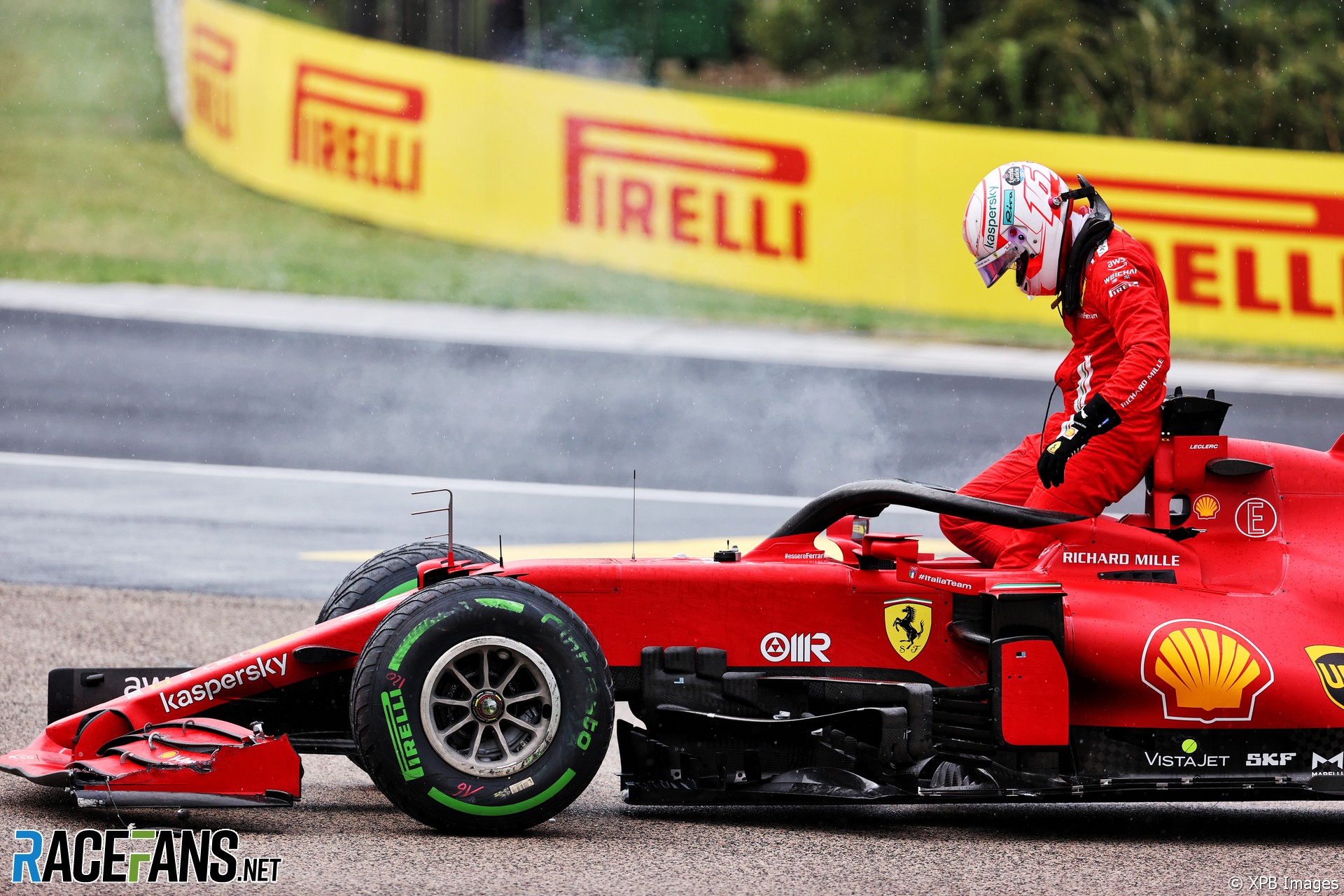 He pointed out two races which cost Leclerc dearly in the standings at the end of the year. Leclerc ended the season seventh, six points away from fifth place, which was taken by team mate Carlos Sainz Jnr.

“I’m very happy to see the progress he has made this season,” Binotto said of Leclerc’s third year at the team, and first since Sainz’s arrival. “He’s always been very fast in the quali, even in the last part of the season where maybe Carlos was challenging him a bit more, he has always been very fast.”

Binotto named the Monaco and Hungarian grands prix as two rounds which cost Leclerc dearly. He took pole position at the former after crashing on his final lap in Q3, but failed to start the race when the team discovered overnight repairs to his car had not been successful. In Hungary he was taken out on the first lap by Lance Stroll.

“We should not forget that in his season, there are a couple of examples, which is Monaco and Budapest, where he didn’t score but I think he has been unlucky as a driver in those occasions,” said Binotto.

“Without that, it’s difficult to say what he would have finished at the end of the race, but maybe at least 40 points missing on his classification. So without that again I think he would have been a lot further ahead in the championship.”

An extra 40 points would have lifted Leclerc to fourth in the standings at the end of the year, ahead of Sergio Perez.

“That’s why, again, I can only judge very positively his season,” said Binotto. “He has learned furthermore how to manage the tyres, how to manage the race situations and the race pace. So I’m quite pleased on the progress he made.”