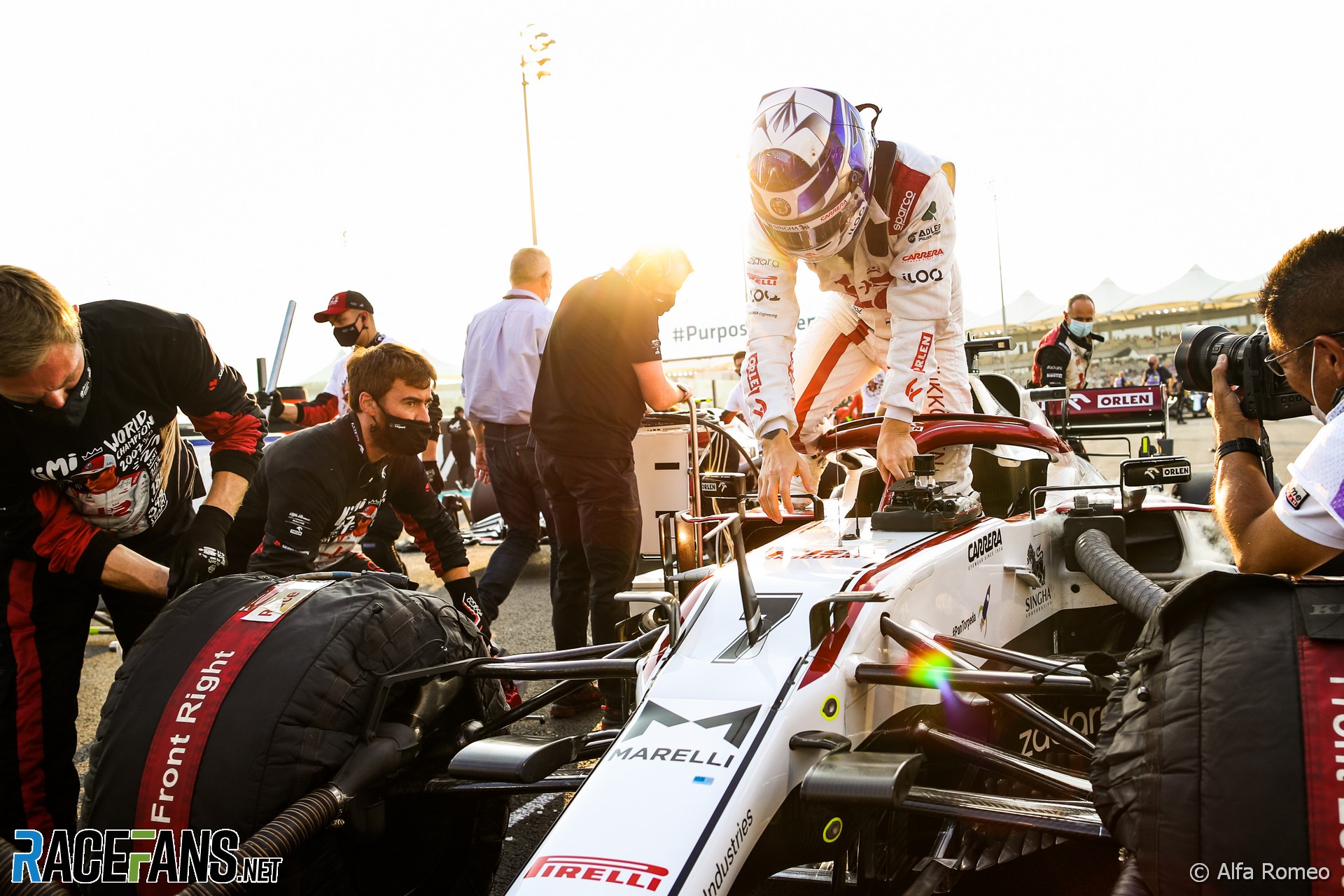 Russell said it is “pretty incredible” what Kimi Raikkonen, the sport’s most experienced driver ever, has achieved. “Being here for so long and still, this year, performing at such a high level – Kimi and Alfa Romeo are our main rivals, so we keep a very close eye – and I guess as we say, age is just a number.”

The Williams driver completed his third year in F1 in 2021. “The time is flying,” he reflected. “This sport is so relentless, and you’re going race after race, after race. Sometimes you don’t get a moment to take it all in.”

Mercedes could have ensured Lewis Hamilton won the championship in Abu Dhabi despite the controversial late restart to the race, said the sport’s former CEO Bernie Ecclestone.

It was put to him in an interview for Blick that when the safety car was summoned in for a final-lap restart Mercedes would have been tactically well-placed to order Bottas to stop on track in order to extend the race could not go green, preventing Max Verstappen from overtaking Hamilton to clinch the championship.

“Formula 1 is so successful, as we know, be. Icause of the history and legacy in the news stories in the past and in the eighties and nineties, and if you are young kid now, you haven’t been exposed to any of that, it doesn’t really mean anything to you.

“There is also a whole portion of our fan base, which is the other way around, they are motorsport fans, Formula E’s a great motorsport too, we know the racing is amazing and hopefully we hope that by following our team, they get exposed to some information about climate change and it educates them. So I think, if you can do both, then you should be able to reach most people.”

Christmas time is family time. ♥️ I'll be taking a break from my phone for a bit this winter. We all need down time to take care of ourselves physically and mentally, especially after a crazy year like this one. Merry Christmas everybody. Be safe and look out for each other. 🎄 pic.twitter.com/kdP9OZZwMM

I literally applied for Discovery Head of Motorsport 😂

I keep you guys posted on how it will play out

Ricciardo cites 2021 as his biggest year of growth (Speedcafe)

"Ricciardo: 'But I think this year, probably two factors made it the biggest year for that. One was the challenges I faced with the car, and trying to obviously gel with that, and then I think the other one was obviously being away from home.'"

"Eddie Jordan’s much quoted yet nonsensical comments that Lewis Hamilton lost the last race of the F1 season because he had become “too sporting and too nice” showed how easy it remains to perpetuate this shallow approach. If you stop to think for a second about his comment, you realise the inherent contradictions and lack of meaning: is he suggesting that Hamilton was 'nasty' for the seven years when he won his championship titles?"

"Although the racing in F2 at times can be heated, thankfully, the end of our season was a lot less controversial, although I did get crashed into heading out of pit lane for the final race – can you believe that? – which required a last-minute, emergency nose change on the grid!"

"Lando Norris, who began the season with 10 successive points scores, including three podiums, was the only other driver to score more than a century of points as he completed the podium for McLaren. Carlos Sainz was next up in fourth, having secured his best-ever drivers’ standings finish with fifth in what was his first year at Ferrari, with the Spaniard’s team mate Charles Leclerc slotting into P5."

"'It was always a two-year plan, but after a couple of rounds, we knew that he was there,' said Rosin. 'He never gets into a panic, he never gets worried, he always listens to what people are telling him to do, and he tries to adapt as best as possible.'"

"The Leyton House CG901 was built for the 1990 F1 season, and was powered by a 3. 5L Judd EV V8 engine with 6 speed manual gearbox. Designed by Adrian Newey and who along with the likes of Ross Brawn who was also working on the Leyton House engineering team."

"The 16-year-old Hungarian racer, makes his debut in the international series following a first season in single-seater. This year Révész contested the Italian F4 Championship, claiming a best nine position at Vallelunga, where he took a podium finish in the Rookie class."

Ferrari and Velas: performance and innovation for a new winning partnership (Ferrari)

"The multi-year agreement provides for the creation of exclusive digital content for the Scuderia's fans. In addition, Velas will be Title Sponsor of the Ferrari Esports Series, the online mono-brand series of the Prancing Horse, and of the Esports team that will compete in the F1 Esports Series, the official digital championship competed in by all teams participating in the FIA Formula 1 World Championship."

After our Fernando Alonso caption competition, Pat Ruadh has some valuable advice for any budding trackside shooters. 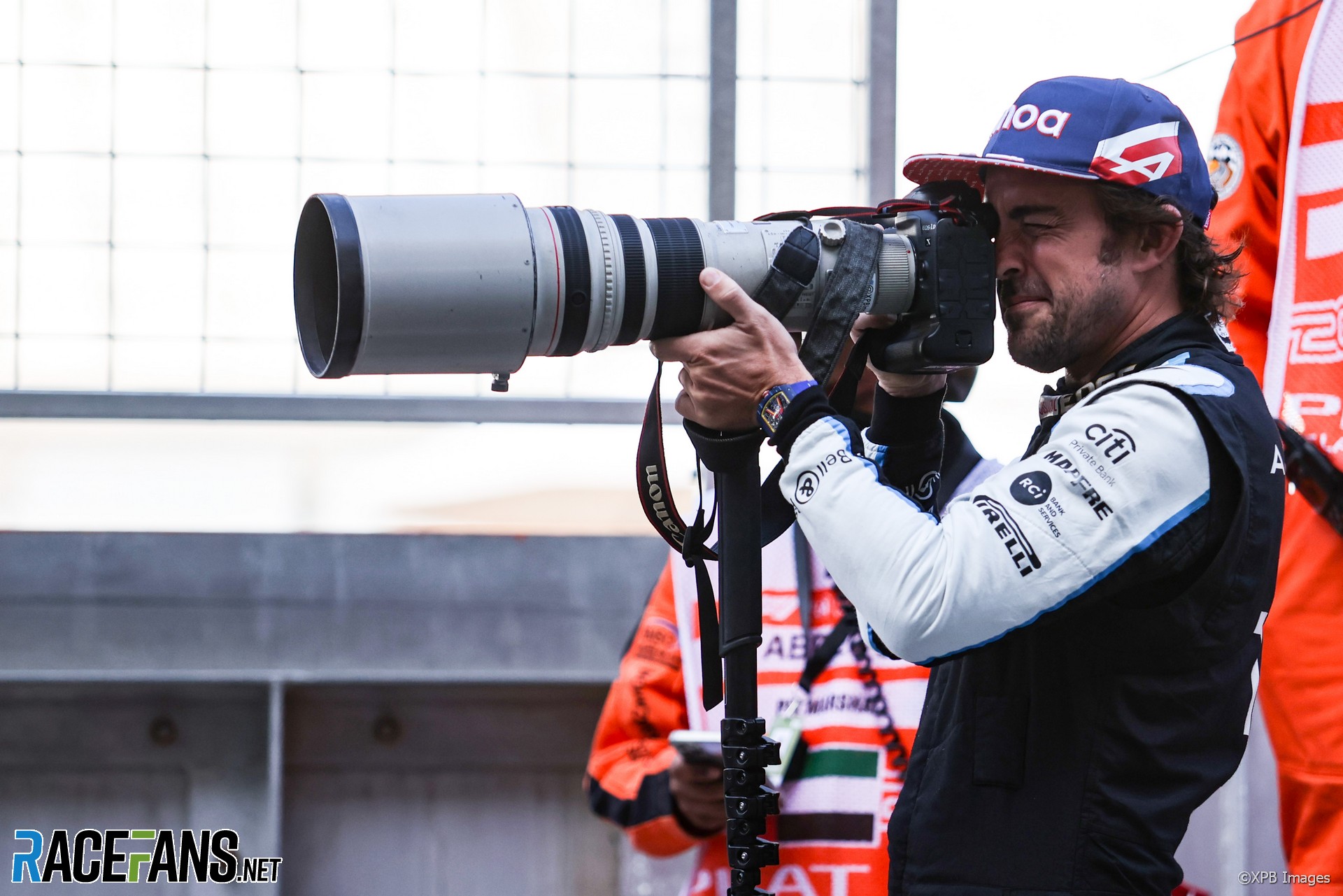 If you no longer go for a snap that exists, you are no longer a racing photographer
@fullcoursecaution