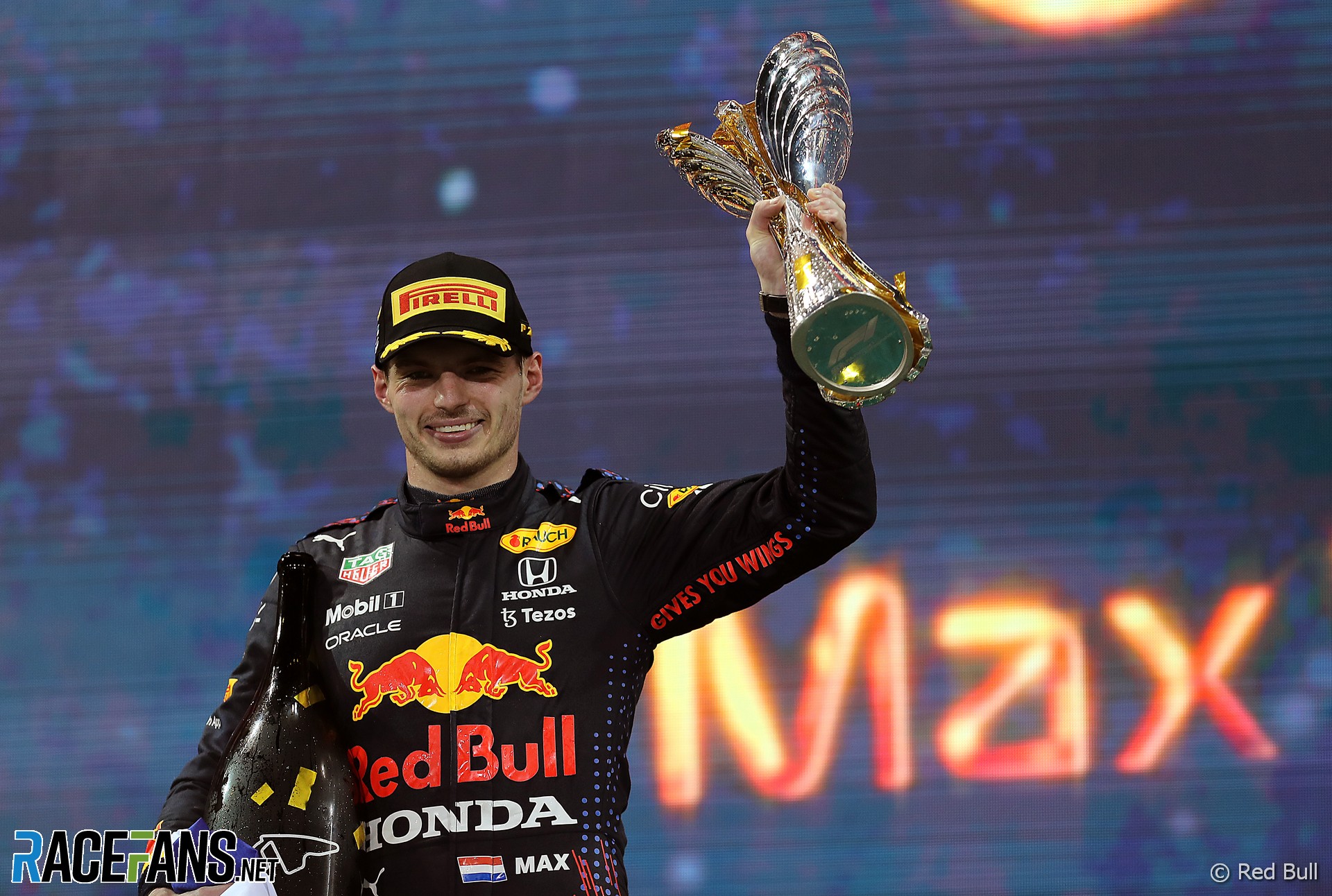 RaceFans readers have voted Max Verstappen as their top driver of the 2021 Formula 1 season.

The Red Bull driver, who scored his first world championship victory in Abu Dhabi earlier this month, took 55% of the vote, finishing ahead of runner-up Lewis Hamilton (24%) and McLaren’s Lando Norris (7%).

This is the first time Verstappen has topped our readers’ poll. Hamilton was voted top driver in each of the previous four years.

RaceFans’ annual Driver Rankings will appear in the new year.

RaceFans F1 Driver of the Year poll winners since 2010

Here is who you voted as Driver of the Weekend for all of this year’s races, plus who won Formula 1’s official poll for Driver of the Day: