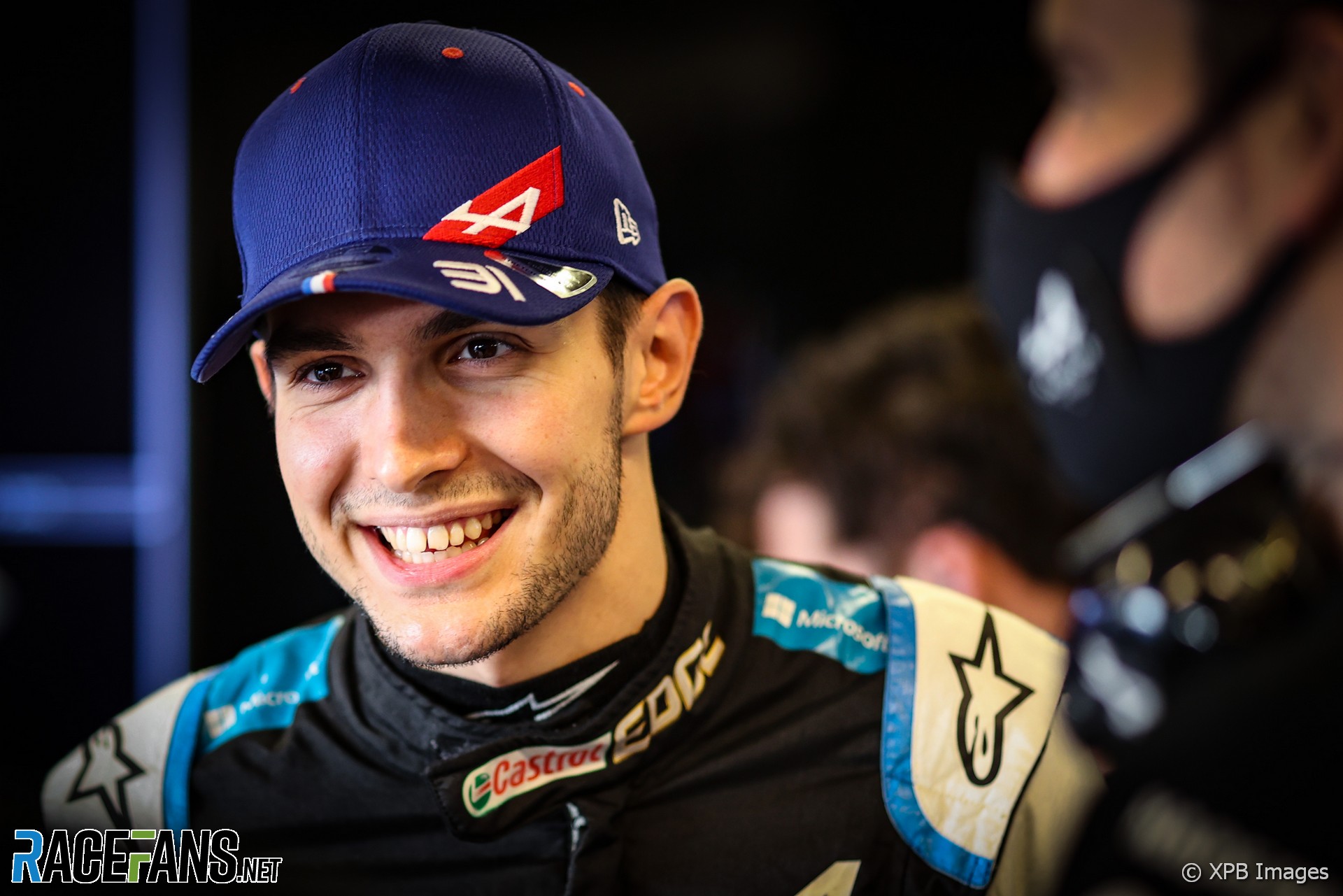 Esteban Ocon’s 2021 campaign had one obvious highlight: That stunning and completely unforeseen breakthrough victory in Hungary.

But that wasn’t the only impressive moment in a season during which he measured up well alongside one of F1’s top drivers, Fernando Alonso, who was playing himself back in at Alpine after two years away.

That didn’t come into focus immediately as Ocon’s season got off to a less than ideal start in Bahrain. He was compromised by Carlos Sainz Jnr in Q1 and got no further, then was taken out by Sebastian Vettel during the race. But over the races that followed it was clear Ocon was immediately more comfortable in the Alpine than his team mate.

At Imola Ocon reached Q3, lost ground at the start after pitting to swap wet weather tyres for intermediates, but recovered and passed Alonso. In Portugal he qualified an excellent sixth and came home ahead of a McLaren and a Ferrari. He did well in Spain on a one-stop strategy and bagged points in Monaco too.

However Azerbaijan proved the beginning of a more difficult spell. Ocon retired early in the race with car trouble while Alonso impressed on his way to the points. He had a disappointing home race as well, failing to join Alonso in Q3 and finishing six places behind his team mate.

The two Austrian rounds proved a double disappointment: Ocon failed to reach Q1 at both, and was eliminated in a lap one collision at the second. Puzzled by his downturn, Alpine replaced his chassis and Ocon was soon back on form again, collecting ninth at Silverstone.

His confidence in his car restored, in Hungary Ocon out-qualified Alonso for the first time in six races, which proved incredibly timely. After Valtteri Bottas and Lance Stroll helpfully skittled half-a-dozen cars out of the way at the start, Ocon moved up to second behind Lewis Hamilton, then wisely pitted for intermediate tyres before the restart. From there he kept Vettel at arm’s length to take the shock win of 2021.

Despite that points boost, Ocon slipped behind his team mate in the points standings by the end of the year. He was passed by Alonso at the start in Zandvoort and collected a penalty for tangling with Vettel at Monza, leaving him tenth. Another tenth place, in Turkey, was the product of an audacious gamble on a no-stop strategy on drying Istanbul track, after Alonso had been knocked out of contention at the start.

Both Alpine drivers were in great form at Losail, Ocon claiming fifth, two places behind his team mate. But he excelled himself at another new venue, Jeddah, where he worked his way forward to the extent that he took pole position for one restart, and only narrowly lost third place on the line to Valtteri Bottas.

He concluded a generally strong season with another points finish in Abu Dhabi, albeit two places behind his team mate. Alonso had marginally the better season of the two but Ocon sustained the improved form he showed at the end of his first year back in 2020 – and took the team’s biggest result of the year.

What’s your verdict on Esteban Ocon’s 2021 season? Which drivers do you feel he performed better or worse than? Have your say in the comments. Add your views on the other drivers in the comments.