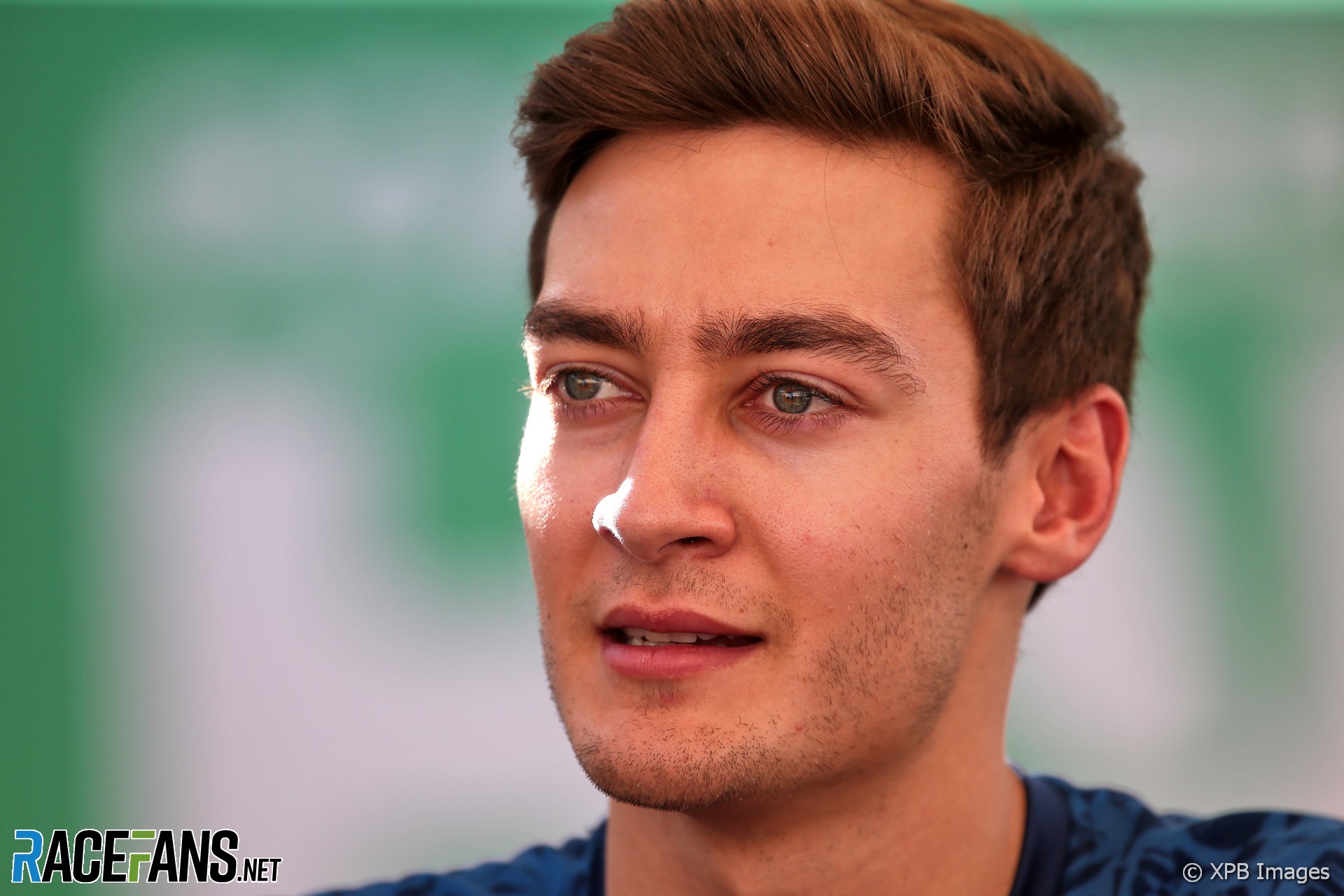 In the middle of the 2021 Formula 1 season, George Russell produced a couple of results which were so far beyond what the Williams seemed capable of, it eclipsed much of the rest of his campaign.

But there were plenty of other high spots in his third and final season as a Williams driver. There were also occasions where he had to take the blame for missed opportunities when he might have bagged a few more points.

The first of those came early in the season. In the second race, at Imola, Russell revelled in the damp conditions and was flying. He leapt at the chance to tackle the Mercedes of Valtteri Bottas (who had been his one-off team mate just three races earlier) for ninth place, but his car snapped out of control on a damp patch, triggering a massive shunt for the pair of them.

The season-opener in Bahrain had established what would become a generally familiar pattern that Russell would deliver so well in qualifying that holding onto his lofty starting positions over a race distance was not always realistic. This was especially true in windy conditions, which brought out the worst in the Williams, as in Portugal. Russell came within five-hundredths of a second of reaching Q3 at Autodromo do Algarve but slipped back in the race.

At this stage in the season Williams were still seeking their first points score for almost two years, and they tilted towards early pit stops for Russell in the hope of lifting him up the order and clinging to a place in or near the top 10. This didn’t pay off in Spain or Azerbaijan, and in the latter he was sidelined with a technical problem. There were days when both Russell and the car delivered, but points were not realistic without retirements ahead of them, such as in France where he netted 12th.

Russell drew agonisingly close during the Austrian double-header. He was narrowly denied a Q3 place in the first race but was running eighth when his car’s pneumatic pressure dipped after two dozen laps, putting him out. He made Q3 the next time around but Fernando Alonso gradually wore down his defences, and Russell then earned a warning for defending too sharply against Kimi Raikkonen.

He thrilled the Silverstone crowd with another Q3 appearance at the next round, but tangled with Carlos Sainz Jnr in the sprint qualifying race and was rightly penalised. A poor start in the grand prix ended his points-scoring hopes at home.

He finally scored in Hungary, and if the experience was soured by Nicholas Latifi beating him home to a larger share of the spoils in the other FW43B, Russell had the grace not to let it show. He urged the team mid-race to sacrifice his own chances if needed to ensure his team mate’s points finish, and having been passed by Latifi at the start Russell was breathing down his neck at the finish.

Better things followed at Spa, where Russell delivered one of the qualifying laps of the year on a soaked track to put his Williams on the front row. Confirmation of his appointment alongside Lewis Hamilton at Mercedes in 2022 was just days away, and Russell put his seven-times champion future team mate on notice by out-qualifying him. The Sunday washout ensured he collected (half) points for second place.

That wasn’t his last bravura performance in a wet qualifying session. Russell bagged third on the grid at Sochi, a deserved reward for being the first driver to gamble on slick tyres as the track dried out. He took 10th in the race after several quicker cars came by, and he lost time with an off at turn 12.

By now Williams had enough points for eighth place in the championship and their priority was to ensure Alfa Romeo didn’t slip ahead of them again. Russell had fewer opportunities to hit the high notes in the final third of the season. Istanbul might have been one such chance but he ran wide on his final qualifying lap, missing a chance to reach Q3. Not that his team mate was able to capitalise: Russell thumped Latifi 20-2 in ordinary qualifying over the season.

A series of misfortunes made for an anti-climactic end to Russell’s otherwise fine year. He picked up a puncture in Qatar while trying to drag his car into contention by one-stopping, was taken out of the Saudi Arabian Grand Prix by Nikita Mazepin as they tried to avoid a pile-up at a restart and retired from the finale with a gearbox problem.

Russell had already impressed Mercedes in several ways before the 2021 season began. His best performances last season only served to underline he is ready for a shot at a top team.

What’s your verdict on George Russell’s 2021 season? Which drivers do you feel he performed better or worse than? Have your say in the comments. Add your views on the other drivers in the comments.