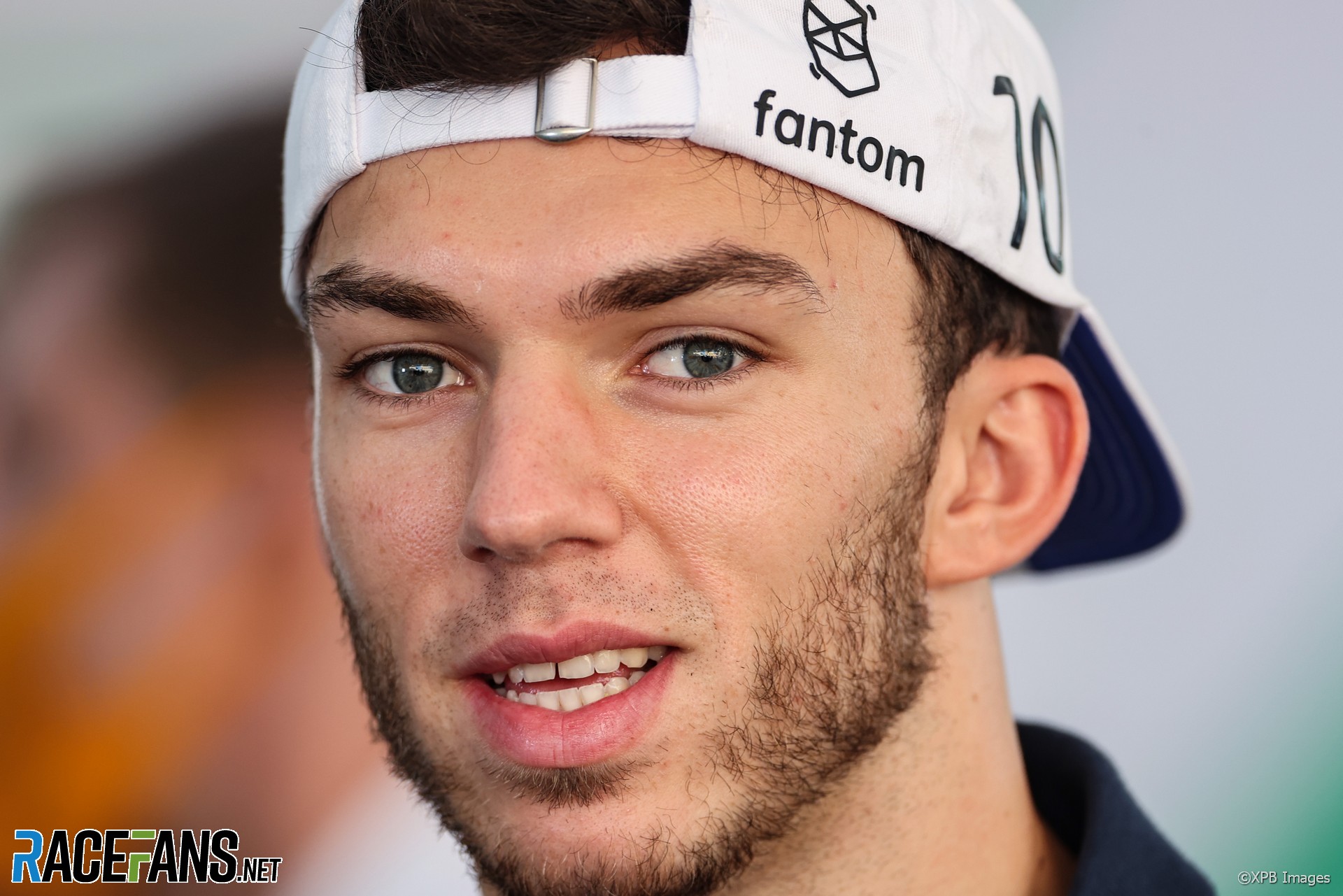 There was no repeat of Pierre Gasly’s stunning 2020 Italian Grand Prix win last year. However he amassed points at much the same rate as the previous season, thanks chiefly to his consistently excellent qualifying performances.

Gasly’s average position in qualifying sessions was better than either Carlos Sainz Jnr or Daniel Ricciardo managed in their quicker cars. His AlphaTauri was usually found on the third row, with occasional forays onto the second. In Qatar he took his first front-row start but there was an element of fortune about: Two other drivers collected penalties for failing to slow for yellow flags which Gasly had triggered by damaging his front wing on his final lap.

Indeed, once penalties were taken into account, Gasly had the fourth-best starting position of any driver on average over the whole of 2021. Does that make his resulting ninth place in the drivers championship something of a disappointment?

For the most part, no, as an AlphaTauri was always going to struggle to out-score the McLarens and Ferraris, not to mention a Red Bull, over the course of the year. And Gasly both put in several excellent drives and can point to days when he deserved a greater reward.

Gasly’s season really started to come good on the early street races. He pulled off a great surge in pace to prevent Lewis Hamilton jumping ahead of him in Monaco (though narrowly failed to contain Sebastian Vettel as well). In Azerbaijan Gasly superbly managed an engine problem as he repelled Charles Leclerc for third place.

Sixth on the grid for the next three races, Gasly added more points except in the Styrian Grand Prix, where he was taken out by Leclerc at the start. Luck deserted him at Silverstone too, where he worked his way into the points places before collecting a puncture.

By mid-season Gasly was in great shape. In Hungary he delivered fifth place and might have done even better had he not been badly delayed by the multi-car collision at the first corner. After sixth in the non-race at Spa, Gasly produced a top-drawer performance at Zandvoort, starting and finishing fourth on a day when Red Bull, Mercedes, McLaren and Ferrari all got both of their cars home.

A frustrating run of races followed. Gasly qualified well at the scene of his 2020 win but picked up front wing damage at the start of the sprint qualifying race, crashed heavily, and retired early in the grand prix with technical trouble. He was frustrated by his team’s qualifying tactics in Sochi, missing the cut for Q3 as they decided against fitting a fresh set of intermediates, and left point-less after reacting to the rainfall too late in the race.

More car trouble put him out at the Circuit of the Americas, while two weeks earlier in Turkey he collected a questionable penalty at the start for a collision with Fernando Alonso. Nonetheless he recovered to sixth place. He improved on that in Mexico with a superb drive to fourth place, helped by his team mate giving him a tow in qualifying.

Over the final five races it was only in Qatar, scene of his front-row start, that Gasly failed to score. The AT02 simply lacked pace in the race and he plunged down the order to 11th. But he was quick in Jeddah – just two-thousandths slower than Sergio Perez in qualifying – and led the Ferraris home for sixth. He was fifth in the finale but came in behind his team mate, who also out-qualified him.

This was unheard of in a campaign where Gasly almost invariably had the beating of the inexperienced Yuki Tsunoda. As was widely noted, the 110 points Gasly scored in his AlphaTauri AT-02 were more than enough to secure sixth place in the championship for the team – one place higher than they finished last year – without any contributions from his team mate. However it was also true that they might have beaten Alpine to fifth place were it not for a few missed opportunities on Gasly’s side.

These were mostly clustered around the opening races. He failed to score from fifth in the grid in Bahrain after colliding with Daniel Ricciardo at the early restart. Fifth on the grid at Imola yielded sixth in the race but more had clearly been possible on a day when he had to make an extra pit stop after choosing wets instead of intermediates at the start. He took a point in Portugal by passing a tyre-troubled Sainz but compromised his race in Spain by lining up in his grid box incorrectly and collecting a penalty.

However these were minor errors in an otherwise consistently impressive campaign in which Gasly put the dark days of his mid-2019 ejection from Red Bull further behind him, and continued to build a case for a return to a top team.

What’s your verdict on Pierre Gasly’s 2021 season? Which drivers do you feel he performed better or worse than? Have your say in the comments. Add your views on the other drivers in the comments.