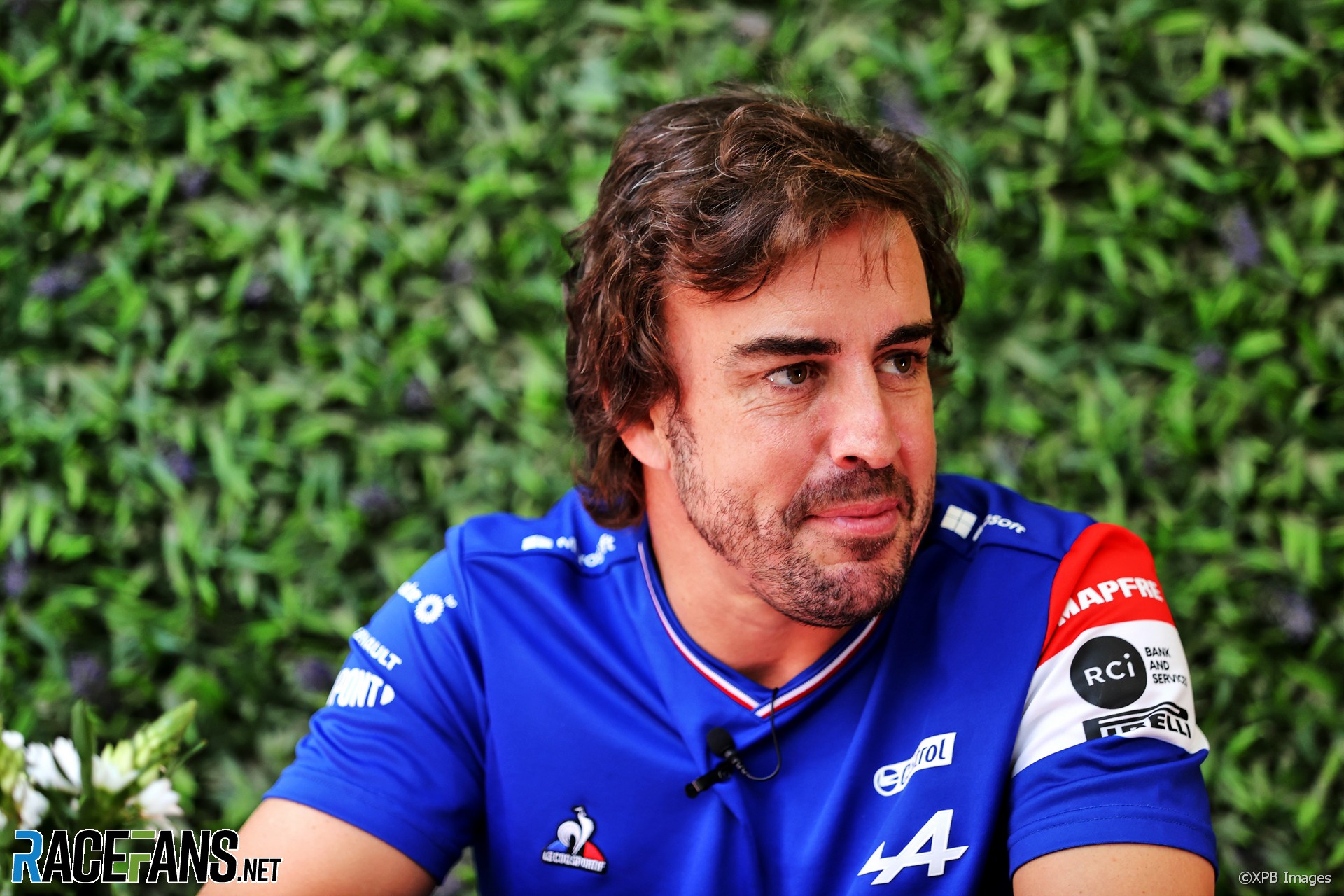 As he returned to Formula 1 after two years away, Fernando Alonso took a few races to play himself in. But once he’d done that he left little room for doubt that he is every bit as quick and tenacious as he was when he won his last world championship 15 years ago.

When Esteban Ocon was eliminated in Q1 in Bahrain and Alonso pressed on into the final 10, it looked as though the two-times champion was going to dish out the kind of pummelling Stoffel Vandoorne suffered at his hands back in 2018. But that proved a false dawn.

At Imola, where he dropped out in Q2 and skidded off the track on a wet reconnaissance lap, then fell behind Ocon in the race, Alonso admitted he wasn’t fully comfortable in the Alpine yet. Ocon left him behind in qualifying at Algarve and in Spain Alonso couldn’t match his team mate’s delicate touch with the tyres which allowed him to eke out a one-stop strategy. Being eliminated in Q1 in Monaco condemned Alonso to a point-less afternoon.

From Azerbaijan it was increasingly clear Alonso had clicked with the A521, and his old verve was more easily evident from this point in the season. His feisty Baku restart was classic Alonso and delivered sixth place, the first of six consecutive points finishes.

Starts have long been a key strength of Alonso’s, one he demonstrated again in France on his way to ninth. However he became frustrated by rivals exploiting the run-off areas in ways he felt was unacceptable, notably in the Austrian races, and as the stewards declined to get involved he vowed to take advantage of the rules in the same way. Few could therefore complain about his audacious approach to turn one later in the year at Sochi, therefore, though he lost many of the places he gained through the move later in the lap.

His points scoring streak continued at Silverstone, where he provided the best argument for sprint qualifying races seen all year with a battling drive on soft tyres. But in Hungary he paid a high price for being narrowly out-qualified by Ocon: While his team mate took advantage of the first corner melee to win, Alonso was left to play a vital defensive role against Lewis Hamilton, repelling him long enough to safeguard his team mate’s win.

Failing to make the cut for Q3 at Spa meant his points-scoring run ended there. But at Zandvoort he was back on full attack with a combative start and opportunistic move on Sainz for sixth place. He was eighth at Monza after an off in Q2, and finished eight places ahead of Ocon in Sochi after that cheeky start. This could have been even better: After using fresher tyres to pass Max Verstappen, Alonso was on course for a podium at one stage but stayed out too long when rain fell.

His frustrations with the stewards threatened to get the better of him at times. At Istanbul, where he was fortunate to avoid a penalty for a double yellow flag incident in qualifying, Alonso was knocked into a spin by Gasly at the start, then had an avoidable collision with Mick Schumacher. In the following race he branded F1’s enforcement of its rules “random” after the stewards turned a blind eye to Kimi Raikkonen passing him off-track at turn one. Alonso attempted to do the same with Antonio Giovinazzi, but had to surrender the position, costing him time.

Mexico and Brazil yielded a pair of ninth places, though Alonso demonstrated his remarkable capacity for reading the race beyond his own cockpit in his teamwork with Ocon at the latter. In Qatar he delivered his best performance of the season, qualifying a superb third and finishing there after passing Gasly, thanks partly to a late Virtual Safety Car which protected him from Sergio Perez.

That helped secure Alonso 10th place in the championship standings, just seven ahead of Ocon, who delivered a superb fourth in Saudi Arabia on a rare late-season off-day for his team mate. Having confirmed he will see out the second year of his contract in 2022, Alonso hinted at remaining in the cockpit further into his forties, and on the strength of this season there is no reason why he shouldn’t expect to remain competitive if he does.

What’s your verdict on Fernando Alonso’s 2021 season? Which drivers do you feel he performed better or worse than? Have your say in the comments. Add your views on the other drivers in the comments.