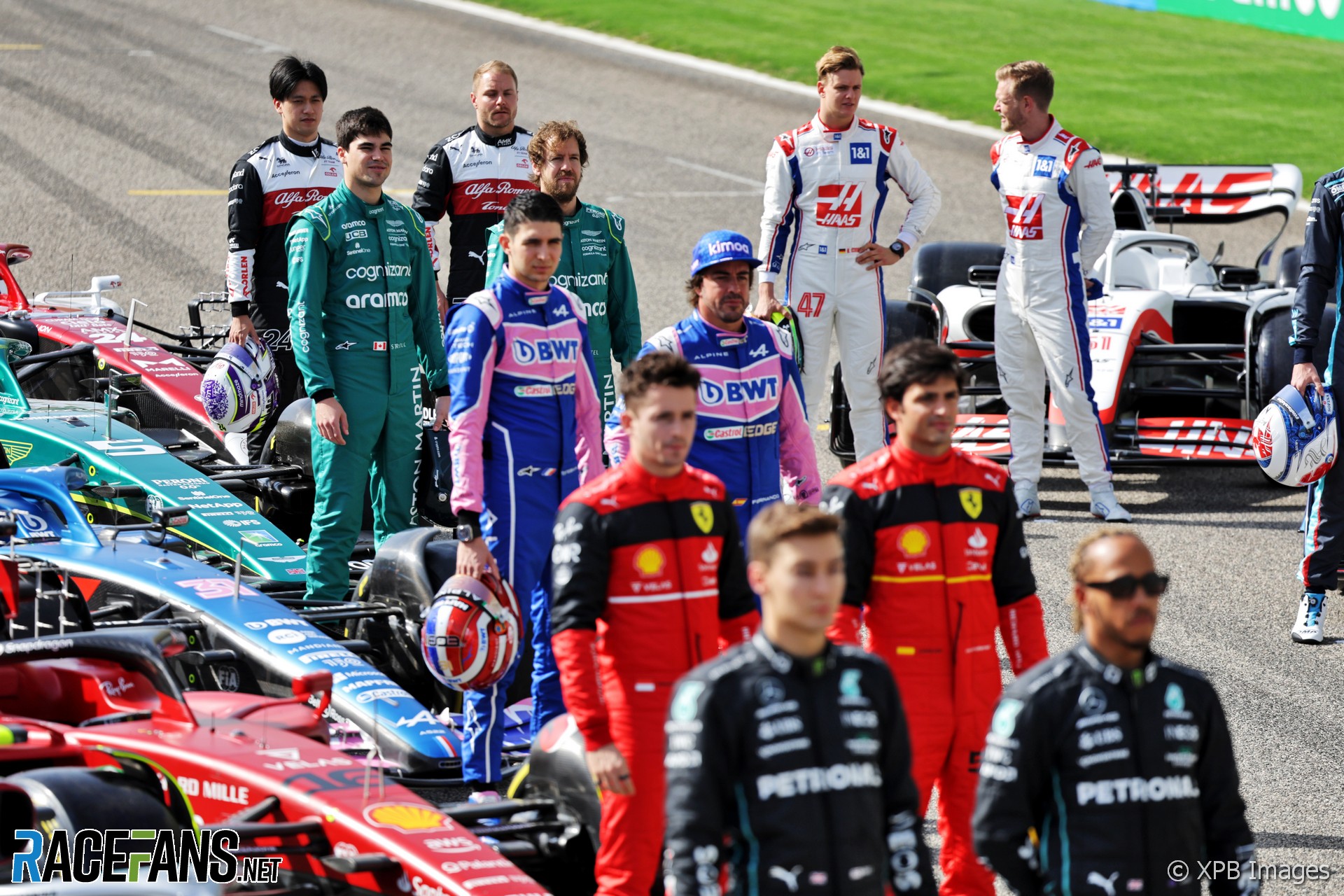 Not every Formula 1 driver gets a car capable of winning races and world championships.

But each of them has a team mate, and they know beating them is essential in order to justify their presence in the sport. So which drivers will come out on top this year?

With a huge new deal announced this month Max Verstappen is locked into Red Bull for the long term. It now falls to Sergio Perez to prove he deserves as long as alongside him, in a role several other drivers failed to thrive in.

Last year Perez did somewhat better than his immediate predecessors, though it wasn’t enough for Red Bull to take the constructors championship in a year his team mate took the drivers title.

Last year: Verstappen was your overwhelming favourite to beat new team mate Sergio Perez, with 93% of the vote, and he duly took the world championship.

Which Red Bull driver will finish ahead in this season's championship?

George Russell turned in enough dazzling performances for Williams to convince Mercedes to give him a shot in the top team. As a result Formula 1’s most successful driver of all time as his first new team mate in six years. However this one plays out it will certainly be among the most compelling storylines of the upcoming season.

Last year: A remarkable 97% of you picked Hamilton to beat Valtteri Bottas once again and were ultimately proven correct.

Which Mercedes driver will finish ahead in this season's championship?

No driver performed as well in a new environment as Carlos Sainz Jnr did last year. Unexpectedly, he took four podiums to his team mate’s one and finished ahead in the points standings. Charles Leclerc still appears the quicker of the two over a single flying lap but expect a close fight here.

Last year: Leclerc was overwhelming favourite to finish ahead of Sainz in 2021 with 86%, but the new Ferrari driver upset those expectations.

Which Ferrari driver will finish ahead in this season's championship?

Many, including some within McLaren, expected Daniel Ricciardo to easily have the beating of junior team mate Lando Norris last year. But Norris was clearly the quicker of the two despite the newcomer taking the team’s only victory at Monza.

Now McLaren have handed Norris his second contract extension within 12 months, keeping pressure on Ricciardo to demonstrate his race-winning credentials again in 2022.

Last year: Norris’s supremacy came as a surprise to most RaceFans readers, just 15% of which tipped him to beat Ricciardo

Which McLaren driver will finish ahead in this year's championship?

After two years away Fernando Alonso took a few races to play himself back in at the beginning of 2021. Once he did, he demonstrated he’s lost none of the tenacity and searing race pace which delivered his two world championships. Esteban Ocon took a surprise win in Hungary, but will surely have a fight on his hands this year.

Last year: The 80% of you who predicted Alonso would come out ahead were proved right, though by just seven points

Which Alpine driver will finish ahead in this year's championship?

AlphaTauri showed plenty of patience with Yuki Tsunoda last year as he largely lagged behind his experience team mate Pierre Gasly, and smashed the car up once too often as well. He will needs to show more of the potential demonstrated with his somewhat fortuitous fourth place in the season finale.

Last year: Gasly had the backing of 87% of our readers and ended up taking the biggest share of points of any driver within their team

Which AlphaTauri driver will finish ahead in this year's championship?

Lance Stroll heads into his sixth full season as a Formula 1 driver having only out-scored his team mate over one of his five previous campaigns. Can he finally come out on top against Sebastian Vettel? The four-times world champion looked increasingly comfortable in his new surroundings as last season went on, and has the benefit of being reunited with his former engineer Mike Krack who is the new team principal.

Last year: Despite his tough 2020 at Ferrari, 83% of you were confident Vettel would beat Stroll, which he did, though Stroll had more points-scoring finishes

Which Aston Martin driver will finish ahead in this year's championship?

Nicholas Latifi has spent two seasons being hammered by one-lap specialist George Russell at Williams. Now is up against the returning Alexander Albon who has a point to prove after his tough 2020 against Max Verstappen. This could be a career making season for either driver, though probably not both.

Last year: Russell’s triumph surprised almost no one, as 97% predicted he’d come out on top against Latifi

Which Williams driver will finish ahead in this year's championship?

At the only team with an all-new driver line-up up in 2022 to the balance of power between the pair should be a full version. Valtteri Bottas was a multiple race winner at Mercedes while Zhou Guanyu proved himself a capable performer if not an outstanding talent in his rise through the junior series.

Last year: Between Alfa Romeo’s former drivers, 60% of you said Kimi Raikkonen would beat Antonio Giovinazzi, which he did, by 10 points to three

Which Alfa Romeo driver will finish ahead in this year's championship?

It was supposed to be round two for the all-rookie duo Haas introduced last year. However Russia’s invasion of Ukraine meant a swift end to Haas’s Uralkali sponsorship deal and, with it, Nikita Mazepin’s presence in the team.

Mick Schumacher will therefore go into his second season as a Formula 1 driver up against former Haas racer Kevin Magnussen. He’s slotted back into a familiar environment, and with seven years’ F1 experience will prove a much more telling benchmark for the 2020 Formula 2 champion.

Haas’s uncompetitive car meant both drivers ended the year point-less, though Schumacher was emphatically the quicker of the two, an outcome which 88% of our readers expected

Which Haas driver will finish ahead in this year's championship?

A RaceFans account is required in order to vote. If you do not have one, register an account here or read more about registering here. When this poll is closed the result will be displayed instead of the voting form.