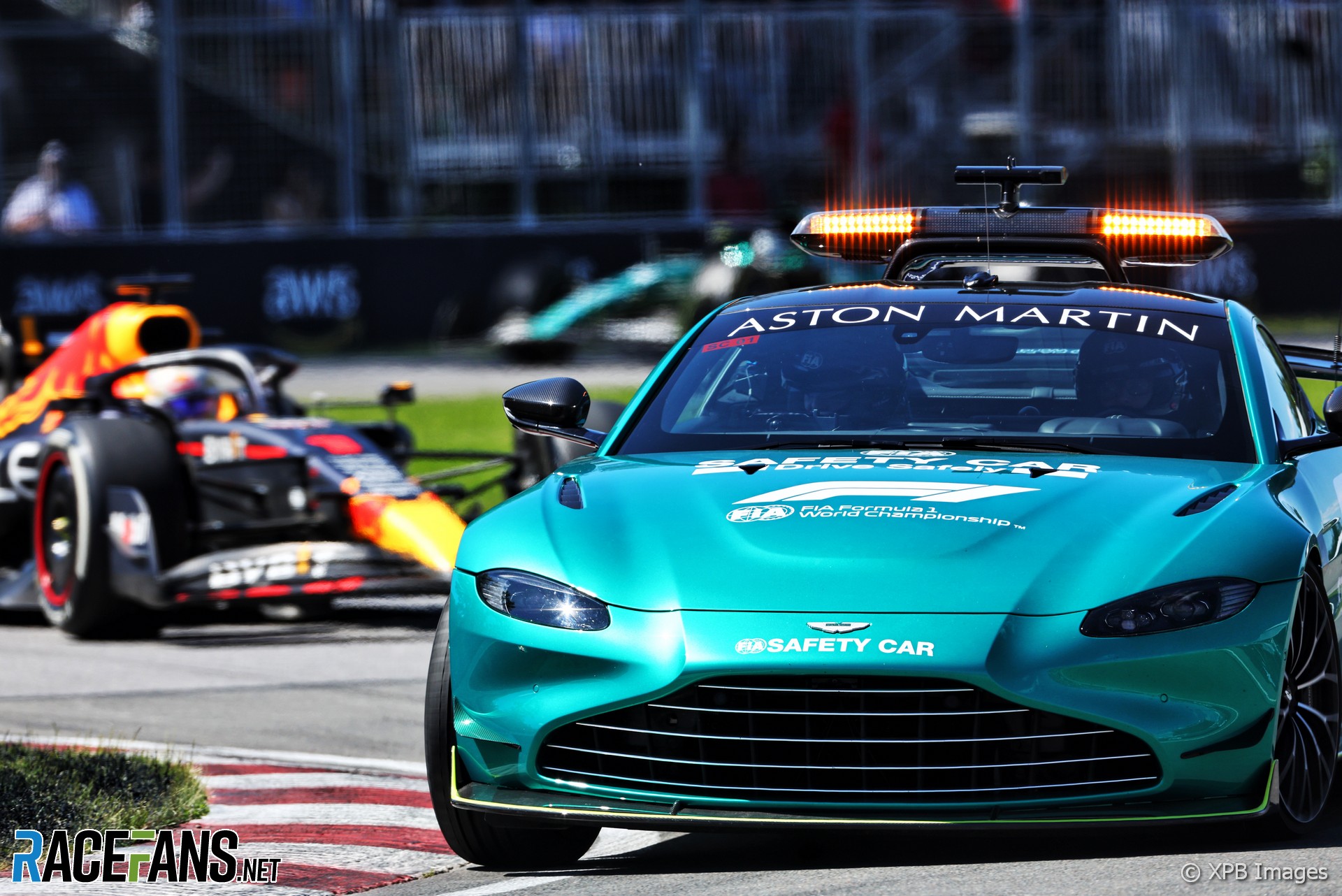 Ferrari team principal Mattia Binotto says the race director needs to take “sharper decisions” after what he feels was a late call to deploy the Safety Car during the Canadian Grand Prix.

Carlos Sainz Jnr was leading the race when Yuki Tsunoda crashed at the pit lane exit. The incident was covered under yellow flags initially before the Safety Car was deployed by race director Eduardo Freitas.

Ferrari wanted to take advantage of any opportunity to pit Sainz during a Safety Car period. But as he neared the pit lane entrance at the end of the lap, the Safety Car had not yet been deployed.

By the time it was summoned, Binotto said the team only had a second to call their driver into the pits.

“I think it took very long to decide for the Safety Car,” he said. “At the moment Carlos was leading the race and I think that the Safety Car was released when he was just at the end of the main straight coming to the last corner.

“The team has been very, very good in reacting, and the driver himself as well in coming into the pit. I think we had only one second to react and we reacted within one second.

“Without that good reactions it would have been a very difficult and bad situation for Carlos. And I think again here we need sharper decisions. It took very long, for me, to decide.”

After Sainz made his pit stop he pursued Max Verstappen over the final laps but was unable to pass the Red Bull to win. Binotto said it was “difficult to judge” whether he would have been in a better position to win had the Safety Car not been deployed.

“We were judging ‘should we stay on track, should we pit,’ simply to protect as well from Lewis [Hamilton] that had fresh tyres as well and was very fast behind. So we were monitoring very close the situation. I think it’s very difficult to judge and to say how the race would have finished without the final Safety Car.”

Sainz’s strong pace in the race came as no surprise, said Binotto. “If you look at the race sim on Friday, Carlos was very strong already. I think we were very close to the Red Bulls. So we knew that we could fight.”

“Carlos is gaining confidence with the car, he is driving faster and faster,” Binotto added. “And it’s good to see that today he was certainly as fast if not slightly faster than Max.”