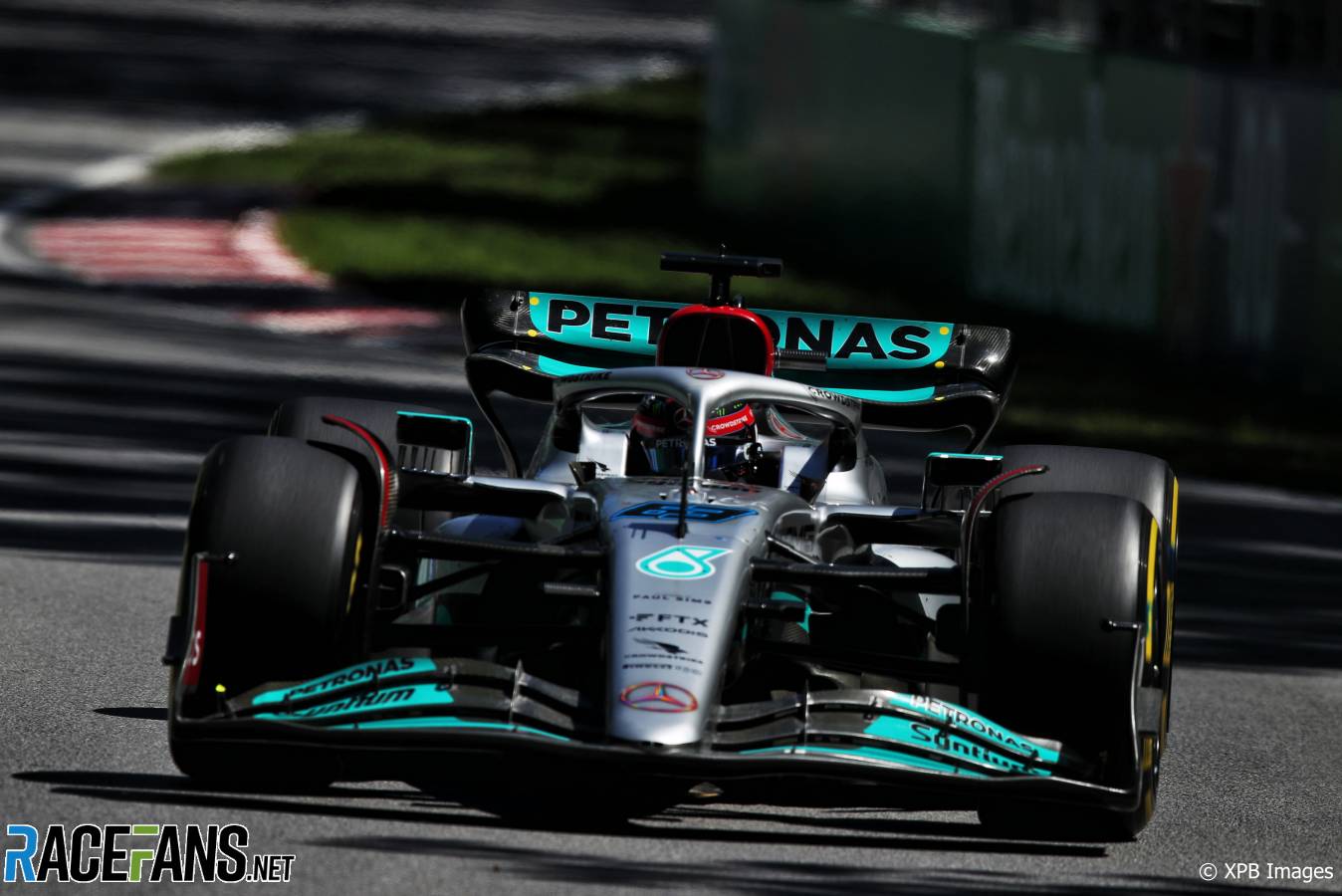 George Russell does not believe Mercedes’ showing in the Canadian Grand Prix signalled a significant improvement in competitiveness for the team.

Mercedes has endured a tough start to 2022 with its W13. The team claims to have mastered its porpoising problem with the upgrade package it introduced at the Spanish Grand Prix, but they remain well off the pace of the front-running teams.

Russell admitted the team’s pace in the rain-hit qualifying session at the Circuit Gilles Villeneuve “looked very promising at times”. He often appeared near the top of the times, before sinking to eighth at the end after an ill-judged switch to slick tyres on the drying track.

Nonetheless he believes “the actual pace deficit to the front-running car was still pretty substantial” in qualifying. “So even though it looked on paper a bit of an improvement, we’re still a long way from where we need to be.

“So we haven’t made a huge amount of progress as yet. But we’re still working hard to close the gap.”

The team is continuing to encounter new problems as it improves its understanding of the W13, he said.

“With the overall car we sort of solve one issue and we fall into another trap,” he said. “The porpoising’s been solved but then when you’re running the car closer to the ground, we’re hitting the ground quite aggressively. There doesn’t seem to be any sweet spot at the moment.”

“We’d opted for a big wing on his car going into qualifying to see what we could do in the wet conditions but expected it to be a liability in the race,” explained the team’s head of trackside engineering Andrew Shovlin, “However, he was able to use it to attack into the corners and made good progress through the field back to fourth.

“It’s really hard to know what to expect coming to each track with this car but we certainly maximised the opportunity today and we’ve learnt a bit more about the car.

“The team in Brackley and Brixworth will continue to push hard, there’s lots to improve on the car but that can be translated into potential and the race today has given us more encouragement to keep pushing to close that gap.”