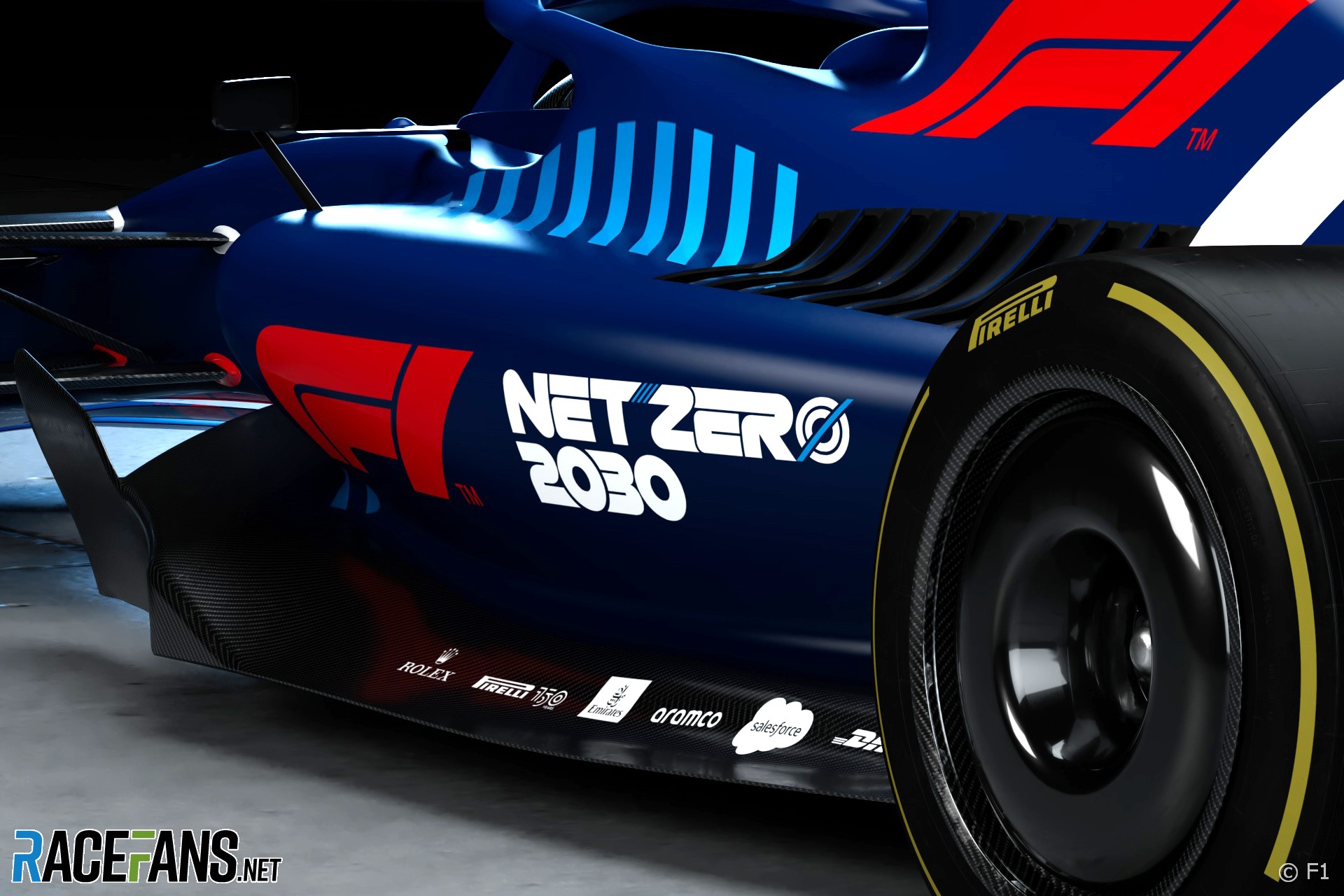 Formula 1 has revealed new branding it will introduce at this weekend’s British Grand Prix promoting its goal of becoming a “net zero” emitter of carbon by 2030.

The new branding will replace the “world’s most efficient engine” signage which has been in use since last year’s Brazilian Grand Prix. It will be prominently visible around the F1 pit and paddock over the remaining races this year.

F1 set its carbon neutrality target it 2019. The series says it has made “huge strides towards our goal” since then.

The freight transported to each race weekend, which accounts for the largest part of F1’s emissions, has already been reduced. F1 has started using a remote broadcasting set-up, the introduction of which was brought forward as a result of the Covid-19 pandemic, meaning less hardware has to be brought to races. F1 says last year’s British Grand Prix was its first “carbon neutral broadcast”.

F1 has also changed the design of its freight containers, allowing it to use more efficient aircraft, and is looking into further carbon reductions it can achieve through its use of air, sea and land freight.

The championship intends to improve the organisation of events on the 2023 F1 calendar to reduce travel, largely by grouping more events by region. “This will be an ongoing process in the years to come to ensure that we are travelling efficiently as a world championship”, it said.

The most significant efficiency improvement to F1’s cars will come in 2026 when F1 intends to introduce a new, 100% sustainable fuel when the series’ next power unit specification is introduced. It will trial this fuel in Formula 2 and Formula 3 beforehand.