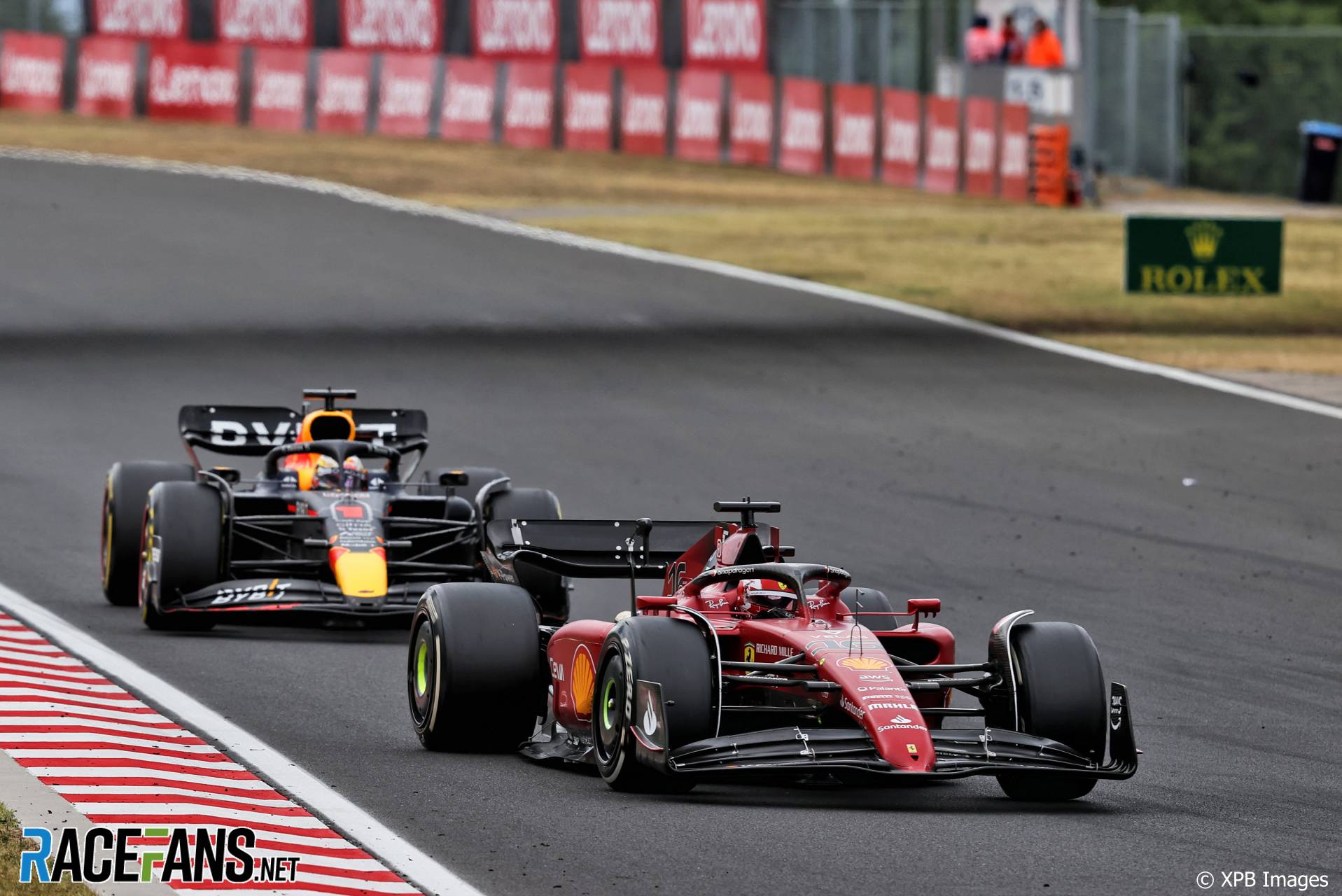 Charles Leclerc believes Ferrari shouldn’t have reacted to Max Verstappen’s second pit stop, which he believes was timed to put them under pressure.

Ferrari brought their driver in from the lead on lap 39 of the race and put him on hard tyres. He rejoined the track in front of Verstappen, who was on the medium compound and had little difficulty attacking and passing Leclerc to win.

Leclerc said he made it clear to the team he wanted to continue his second stint on the medium tyres for longer.

“I said that I wanted medium as long as possible,” he told media including RaceFans after the race. “We need to understand why we want on the hard because I made it clear that medium, I wanted to keep it as long as possible but we pitted very early for the hard.”

The Ferrari was competitive in the race, said Leclerc, but his afternoon was compromised by the early switch onto hard tyres. “The pace was very good today on the medium,” he said. “On a tyre that was strong, it was really good.

“But then on the hard obviously we lost all the pace. We did one stop more than everybody, losing 20 seconds, plus the five or six laps on the hard we were losing a second per lap, so this is a lot of race time.”

He was eventually forced to abandon his run on the hard and make an extra pit stop, switching to softs. He encountered some graining on that tyre, but said it was still better than the hard.

“On the soft, yes [there was graining], but we had to pit quite early because the hard was just incredibly difficult so the soft was the only tyre left. We grained at the end but nothing that surprised me. The soft we were expecting to grain.”

Leclerc is convinced the timing of his second pit stop was where his race went wrong. He believes Ferrari called him in early to cover Verstappen, who had just pitted behind him.

“I’m pretty sure that this was [Verstappen’s] call to put us under pressure but I don’t think we should have maybe reacted to that because then it was a snowball effect for us and we lost a lot more than what we should have.”

25 comments on “Leclerc: We shouldn’t have reacted to Verstappen putting us under pressure”