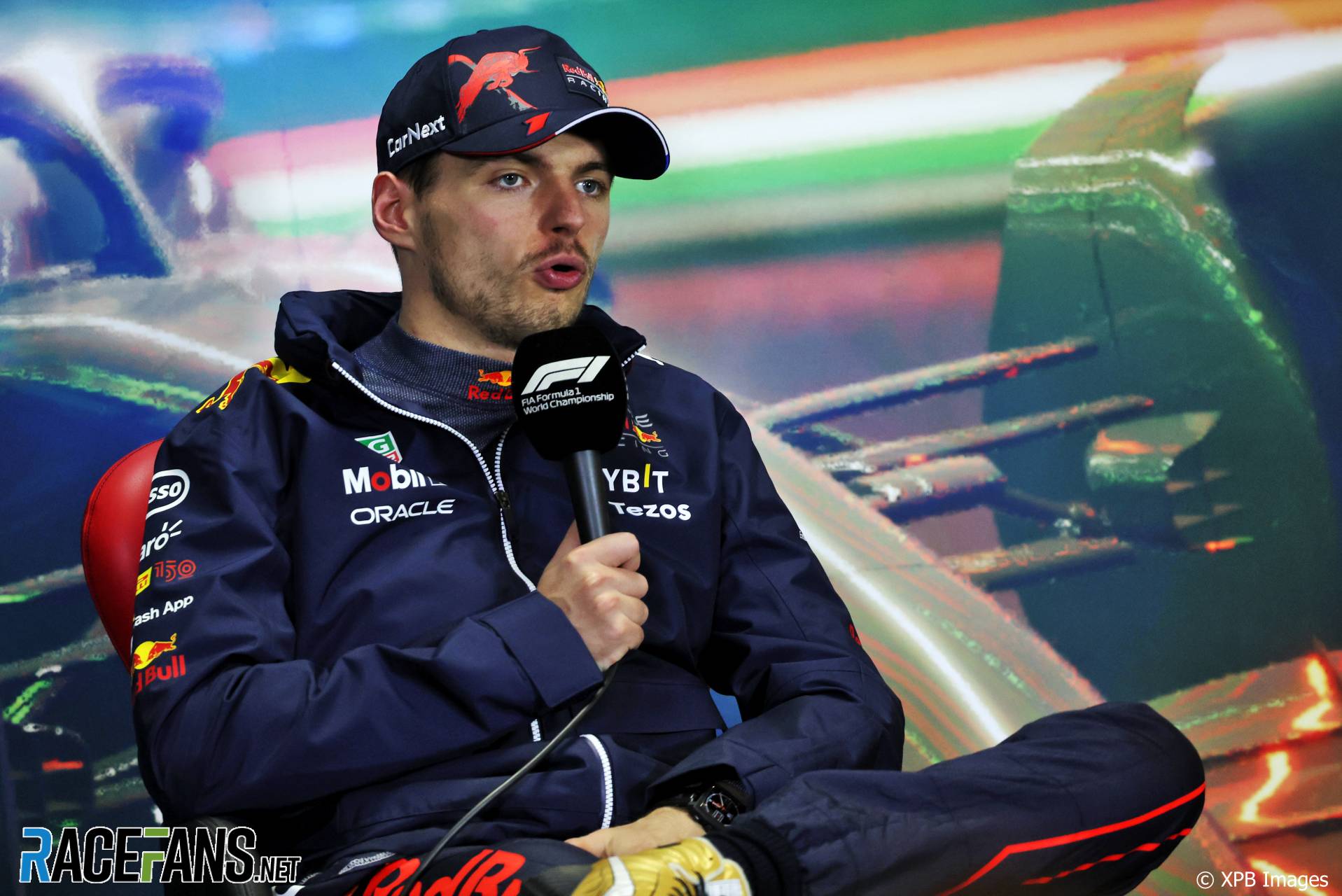 Max Verstappen criticised fans for burning merchandise of his rival Lewis Hamilton, footage of which has circulated on social media in recent weeks.

One such video appeared following the Austrian Grand Prix, where other examples of misbehaviour by fans provoked strong criticism from Formula 1. Another video of a fan in Red Bull merchandise burning Hamilton apparel circulated during the Hungarian Grand Prix weekend.

Verstappen indicated he had seen at least one of the videos, and sharply criticised the actions of the fans seen burning clothing.

“That’s of course not acceptable,” said Verstappen. “These individuals, I definitely don’t agree with that, because that’s just disgusting.

“But overall I think the majority of the fans were cheering a lot I think throughout the race and also on the podium, for every driver. I think that’s how it should be.

“Those videos, or video, of burning merchandise, I think that’s disgusting.”

Verstappen won today’s race in Hungary ahead of the two Mercedes drivers. Asked whether he was concerned about the improvement Mercedes has made in recent races, Verstappen joked it could help his championship bid.

“It’s good that they are competitive because they can steal more points from Ferrari,” he laughed. “I’m very happy they’re doing very well.”