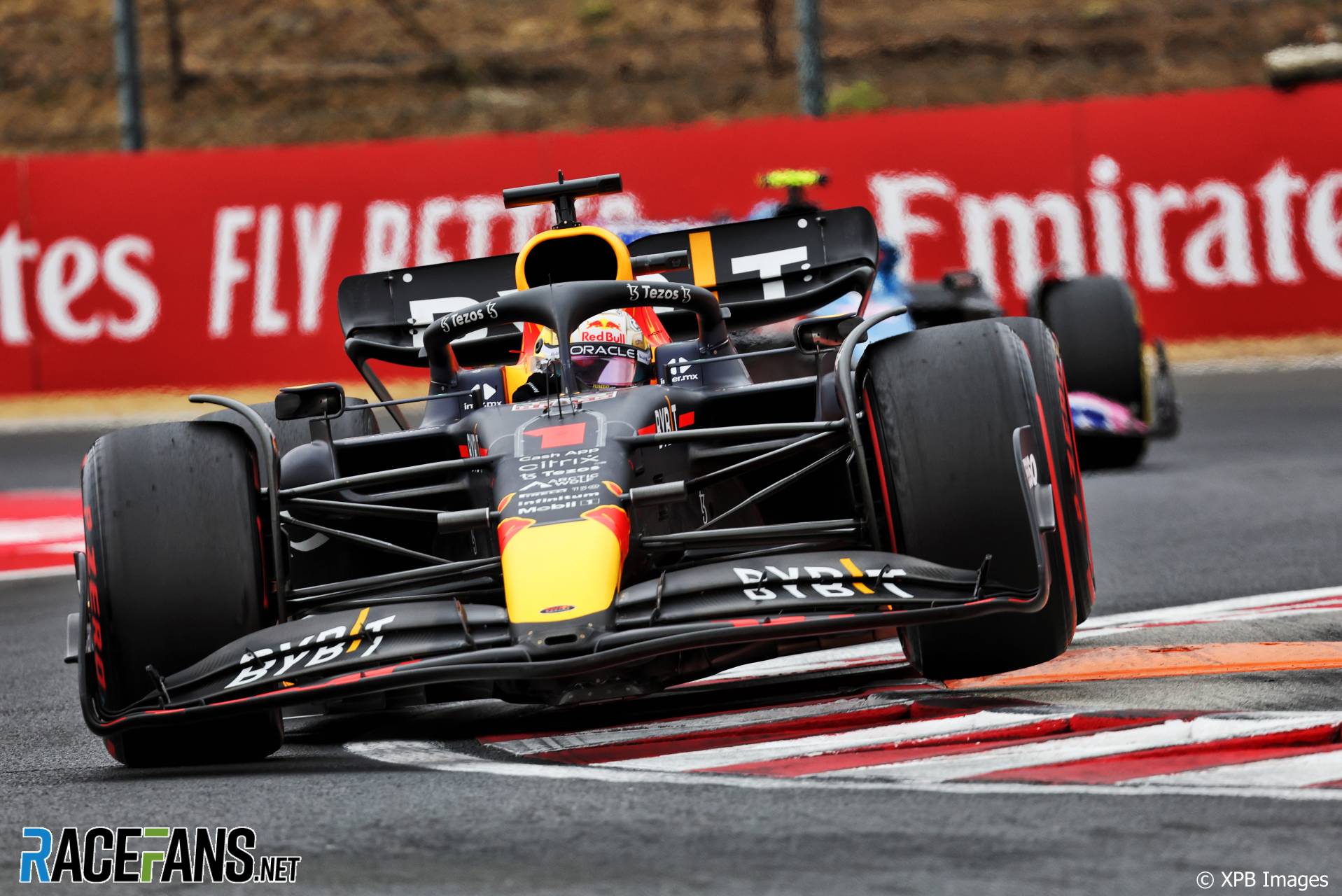 Max Verstappen credited the strategy calls of his Red Bull team after he drove from 10th on the grid to win the Hungarian Grand Prix.

The reigning world champion started on the fifth row of the grid on the soft tyres and pitted twice for mediums, rising up the order despite spinning during the race. He passed closest championship rival Charles Leclerc twice on track to eventually claim the race lead, which he never relinquished.

Having started from the middle of the grid, Verstappen said he had not expected to have been in contention for the win heading into Sunday’s race.

“I was, of course, hoping that I could get close to a podium, but very tricky conditions out there,” Verstappen said.

“I think we had a really good strategy. We were really reactive and always pitting at the right time. I think we had some good out laps. And then at the end, even with a 360 [degrees spin], we won the race.”

Verstappen lost control of his Red Bull after his final pit stop on the exit of turn 13. He managed to continue after dropping one place to Leclerc, which he later regained.

“I was struggling a bit with the shifts and the clutch and we had to change a few things around that to not basically burn the clutch and that cost a bit of performance and I think that caught me out out of that corner,” Verstappen explained. “But luckily I could do a 360, so I [only] lost one spot.”

With Ferrari having only finished in fourth and sixth position for Carlos Sainz Jnr and Lelcerc respectively, Verstappen’s win extended his championship advantage to a comfortable margin of 80 points heading into the summer break.

“It was a crazy race and of course very happy that we won it,” said Verstappen.