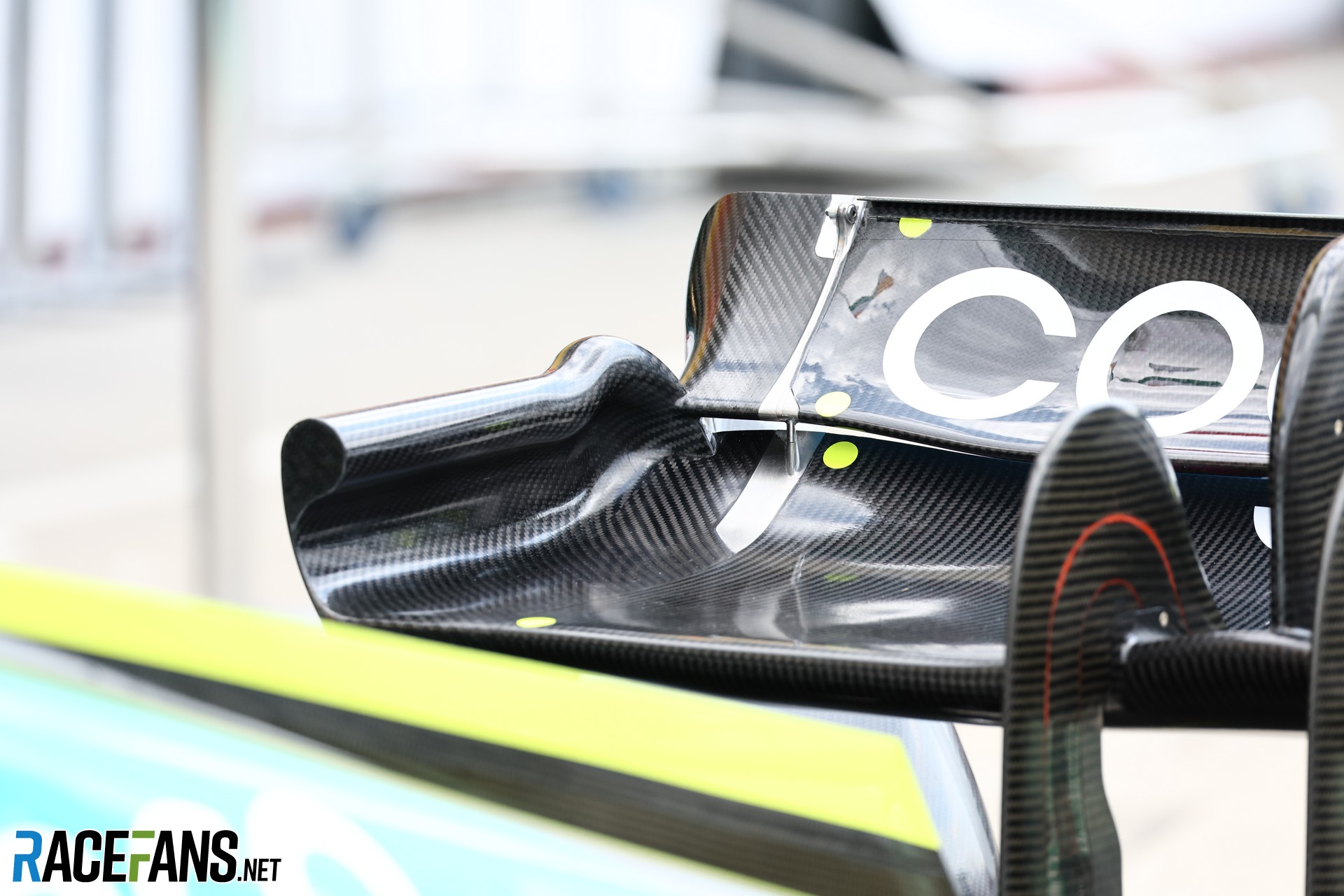 The team revealed its unusual new rear wing design at last round at the Hungaroring, a track which requires maximum downforce levels. Following the summer break there are three races in Europe through August and September prior to the start of the flyaway leg of the season in Singapore, on another track where peak downforce is at a premium over drag.

The rear wing Aston Martin used in Hungary provoked curious glances from rival teams and questions over its legality. The lower plane of the wing curves upwards and forms an extension of a vertical endplate-like structure. However Aston Martin pointed out the FIA was consulted on the design throughout its development.

Aston Martin’s performance director Tom McCullough talked of his satisfaction of seeing the rear wing design make it to the track and see nobody else pursue the same design. The team’s cars finished 10th and 11th, repeating the result scored in the preceding race at Paul Ricard using the conventional design.

Team principal Mike Krack said it showed the quality of the original development work done by a team which attracted considerable comment at the Spanish Grand Prix when it revealed an upgraded car which bore a close similarity to Red Bull’s RB18.

“You guys have written a lot about Barcelona and after Barcelona when we did the change in our concept,” Krack told media including RaceFans.

“I think by this, it shows also that our team can innovate, that we have a lot of ideas as well. Maybe we’ll see some other teams might follow a similar approach.”

He added: “The next high-downforce races are Netherlands and Singapore. I would be surprised if we are the only ones in Singapore racing this idea.”

Alfa Romeo’s head of trackside engineering Xevi Pujolar said they will put some thought into whether the design might work on their car. He said Aston Martin “definitely look, in terms of performance this weekend they seem to be okay, for sure.

“So I think probably we will have to have a look as well [at this wing]. In qualifying, I don’t know why, they didn’t consolidate the performance, but in the race their pace was okay.”