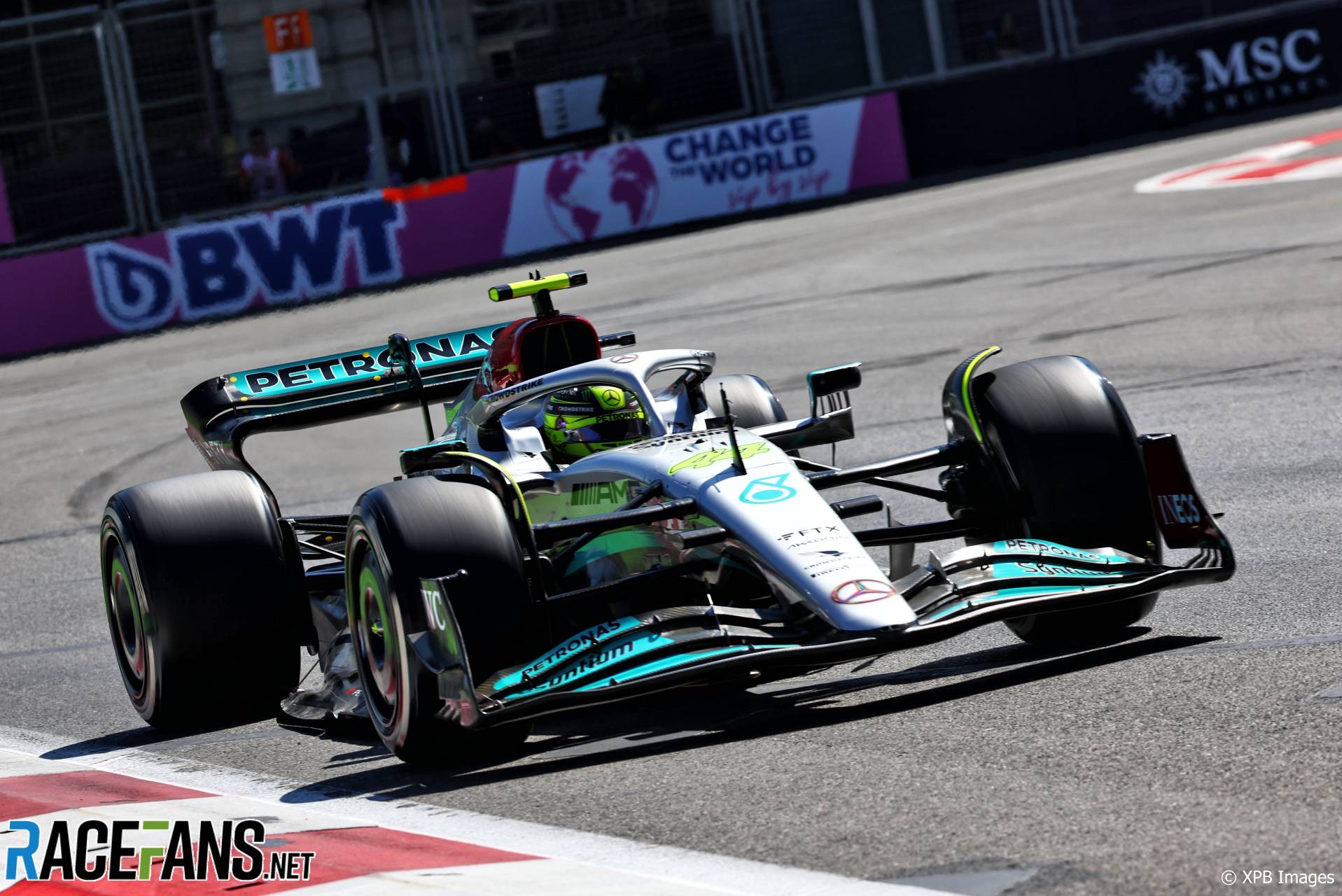 The FIA have confirmed the technical regulations for the 2023 Formula 1 season will be changed in a bid to reduce ground effect porpoising.

Following many F1 drivers and teams expressing concerns about the health risks to drivers caused by porpoising and bouncing due to the stiff ground effect cars introduced this season, the FIA confirmed new changes to the technical regulations for the 2023 season in a bid to minimise the porpoising effect and protect driver health.

From the next round of the 2022 season in Spa-Francorchamps following the summer break, all teams will be compelled to remain within the confines of an aerodynamic oscillation metric – a formula that measures how severely and regularly drivers are subjected to forces due to porpoising and their cars bottoming out against the road surface. However, additional measures will be introduced from the start of the 2023 season.

New additional sensors will be introduced onto car floors to provide more accurate measurements of porpoising, while stricter floor deflection tests will be applied. Rear diffuser throat heights will also be raised, as well the edges of car floors, which will only be lifted by 15mm.

As the FIA are introducing the changes due to safety concerns, the action does not require teams to approve the amendments by vote. The revisions will almost certainly have an impact on development work all teams are carrying out for their 2023 cars.

The physical effects of porpoising and bouncing have been expressed by many drivers, including AlphaTauri’s Pierre Gasly, who revealed during the Canadian Grand Prix weekend that he requires more regularly physiotherapy sessions during race weekends due to the impact on his body. Mercedes have visibly suffered from the phenomenon more than their rivals, with Lewis Hamilton describing the Azerbaijan Grand Prix in Baku as the most painful race of his career because of the physical forces he experienced on his body.

“Safety is absolutely the highest priority for the FIA, and we have devoted significant time and resources to the analysis and resolution of the issue of porpoising,” Ben Sulayem said.

“I have personally discussed this matter with all of the teams and drivers, and while of course there are some differences in opinion owing to varying competitive positions, it is very clear that the FIA has a duty to act and ensure that the drivers are not put at undue risk of injury as a result of this phenomenon.”

Red Bull team principal Christian Horner has previously expressed objections to the need to introduce universal restrictions on cars to prevent porpoising, arguing that teams who suffer most from the phenomenon are able to reduce the severity of bouncing by running their cars with higher ride heights.

“I think that it’s down to a team how it chooses to operate its car,” he said at the Hungarian Grand Prix. “You can remove the porpoising very easily but that’s at the sacrifice of performance.”

However, Mercedes team principal Toto Wolff claims that reducing porpoising is necessitated by the potential risk of brain injury to drivers over extended periods in the car.

“The FIA has commissioned medical work on the porpoising,” Wolff said during the Hungarian Grand Prix weekend.

“The outcome, the summary of the doctors, is that a frequency of one to two hertz, sustained over a few minutes, can lead to brain damages. We have six to seven hertz over several hours. So the answer is very easy.”