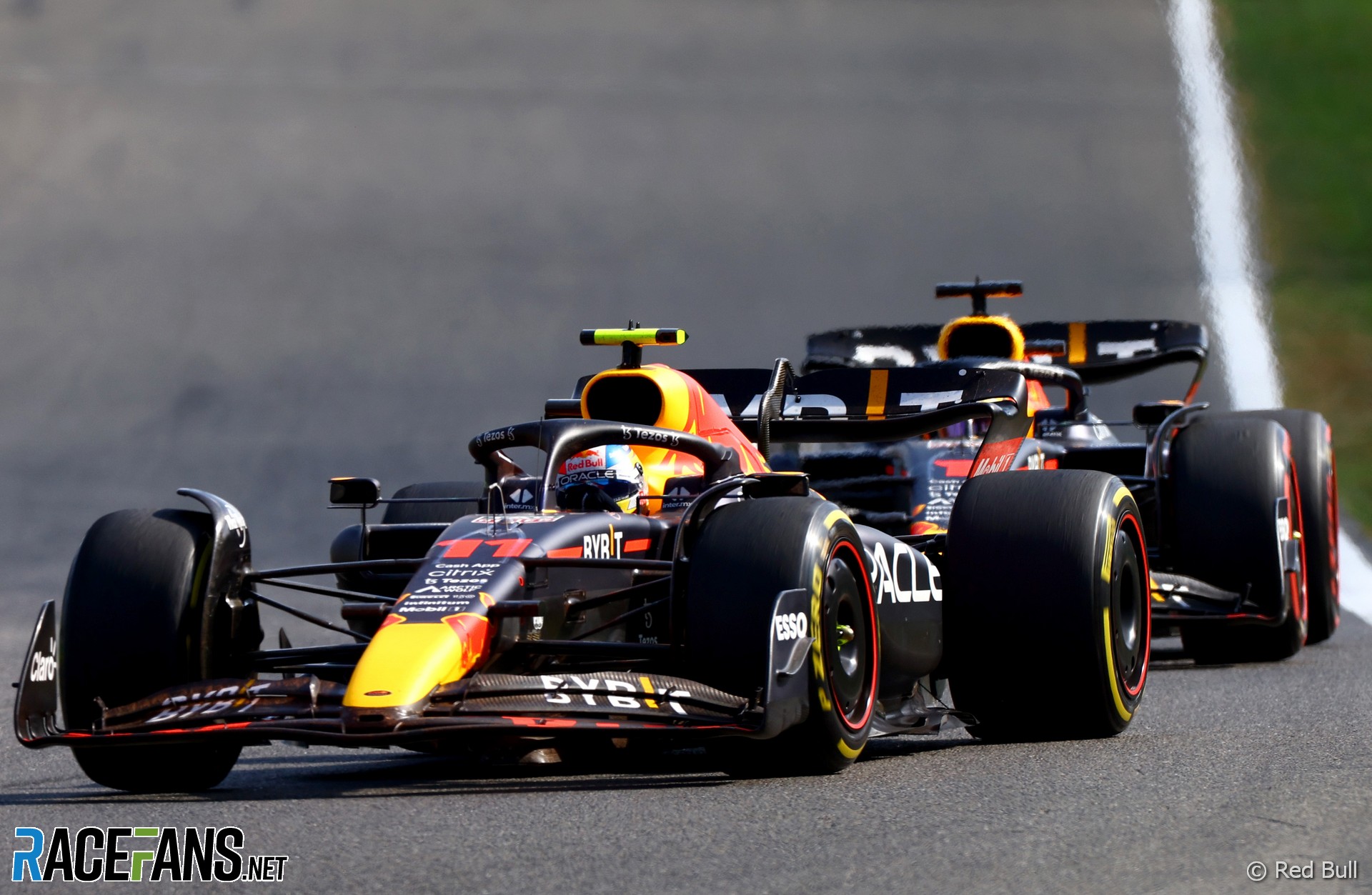 Red Bull’s technical director Pierre Wache has provided some insight on how the development of the team’s 2022 Formula 1 car has contributed to a growing pace gap between their drivers.

While Max Verstappen has extended his championship lead by winning the last five races, team mate Sergio Perez has only visited the podium once during that time. Perez has been out-qualified by Verstappen by more than half a second in the three grands prix since the summer break.

Although Perez is reluctant to blame the team’s development direction for his struggles in the car, he has acknowledged he isn’t as comfortable in the Red Bull RB18 as he was at the beginning of the season.

Wache explained the changes that have left Perez unable to replicate his race-winning form from earlier in the year.

“I think it’s multiple factors but the main factor is clearly the car balance, the confidence with the car, compared to the beginning of the year when the car was a bit more balanced for him and a bit less for Max,” said Wache.

The “development we put on the car during the season” seemed to have moved it away from what was ideal for Perez, Wache suggested. “Trying to find the right set-up for him is quite difficult to get him as confident as he could be to beat, or to fight with Max.”

Red Bull began the season with an overweight car, and as they have lightened it over the season that has affected load points and influenced the team’s set-up choices.

“The weight is an aspect, for sure, but it’s part of the set-up of the car,” said Wache. “At the beginning of the season, we didn’t have the possibility to move the weight.”

“I think it’s everything together and after you find your performance somewhere, and it’s a little bit more tricky to set up the car, it went in the favour of Max,” Wache added. “I think he’s able to drive any car. Now we have to find a way to give a car for Sergio to be performing and to compete. But it’s a together aspect.”

Both Verstappen and Perez have become known for the differing driving styles. Wache was asked if the RB18 could have been made as fast as it is now had a development path been followed that was more suited to Perez’s balance preferences.

“If I knew, I will do it,” Wache replied. “Every time difficult when you try to develop the car, theoretically, for the performance and after you’re stuck in terms of set-up tools to rebalance the car. Then it means that you will have to go down a little bit on performance to achieve the right counterbalance, the desired one.

“I would say normally you will lose it a bit of performance to make it [handle] better. Doesn’t mean it’s a lot. But it is this type of direction.”

The fact Verstappen now finds the car better suited to him is “incidental” to the team’s development programme, said Wache. “When we develop the car, then you go for the best performance development. It is suiting more Max, but it was not the purpose of the development. It was more developing the car.”