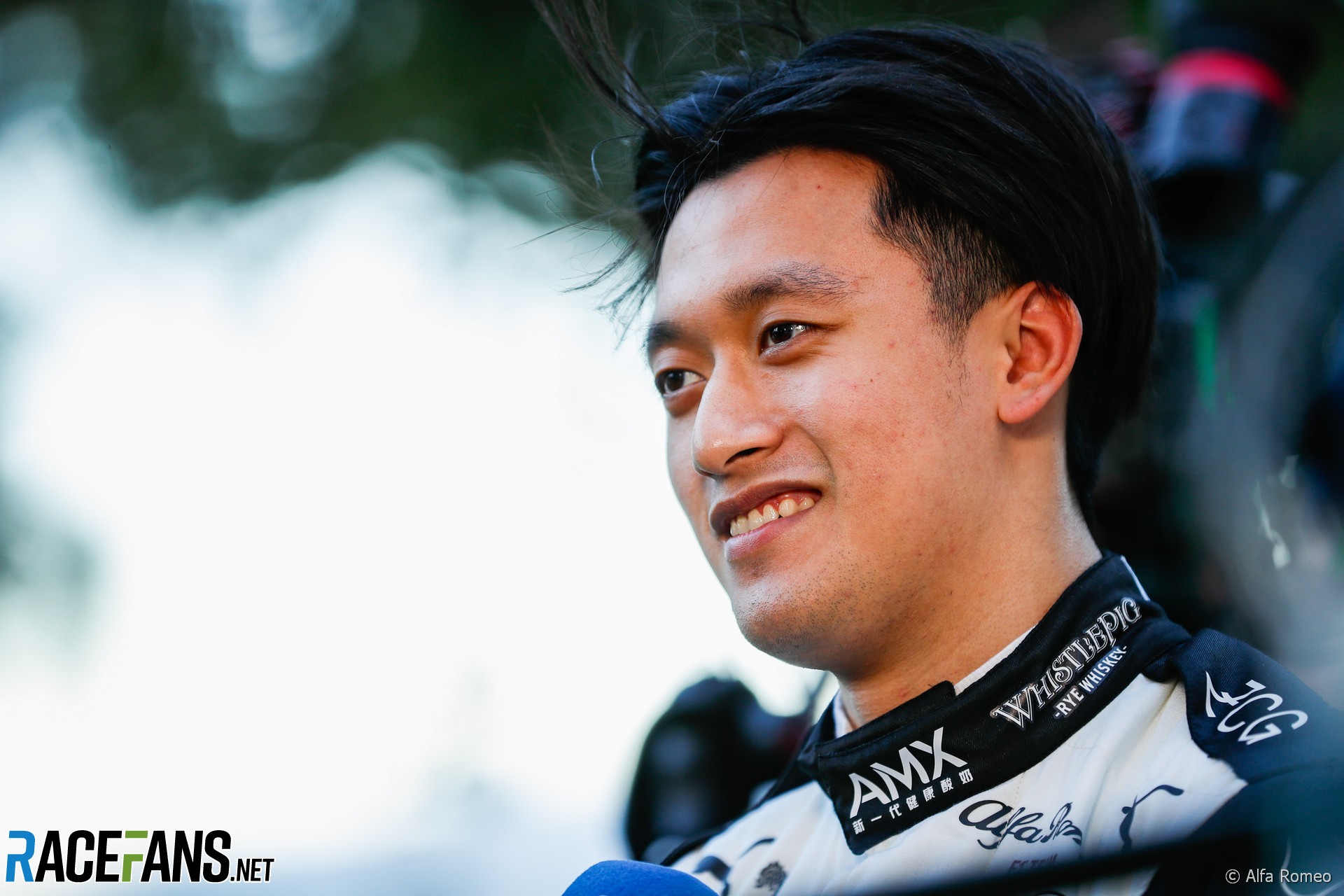 Zhou Guanyu, who made his debut in Formula 1 this year, has earned a second season at Alfa Romeo. His new contract was announced by Sauber Group, the operating company behind the team.

The 23-year-old came into F1 this year after previously being affiliated with Alpine, and his first season in the world championship began with a points finish on his debut in Bahrain. He has since scored two more times, and lies 17th in the championship standings.

The first Chinese driver to race in F1 emerged unscathed from a huge opening lap crash at the British Grand Prix in July. He impressed Sauber with the way he rebounded from that crash in addition to the pace he has shown through 2022.

“Making it to F1 was a dream come true and the feeling of competing for the first time in a race will live with me forever,” said Zhou. “The team has been incredibly supportive, welcoming me from day one and helping me adapt to the most complex series in motorsport.

“There is more that I want to achieve in this sport and with the team, and the hard work we have put together since the start of the year is just the first step towards where we want to be next season. There is still a lot to learn, a lot to develop but I am confident in our work: I am looking forward to the next chapter of our story together.”

On his way to F1, Zhou raced in Formula 4, Formula 3 and then spent three years in Formula 2 which culminated in four victories and third in the points last year. He also contested the Formula Regional Asian Championship at the start of 2021 and won the title, guaranteeing he would have enough points for the superlicence needed to race in F1.

Alfa Romeo’s team principal Frederic Vasseur said he was satisfied with the way Zhou had adapted to F1.

“From day one with the team, at the Abu Dhabi test last year, he has impressed me with his approach to work and this is always a very positive trait. We knew he was quick, but the way he adapted to F1 in such a short time has been one of the best surprises of our season.

“He is a very nice guy, everyone in the team likes both his personality and attitude. He has had the humility to ask questions and learn, from the engineers as well as Valtteri [Bottas], and the intelligence to apply all the information he got to improve race after race. He will have this experience to draw on next season, and I am sure he will make another step forward as we continue to grow our team.”

View the current list of 2023 F1 drivers and teams