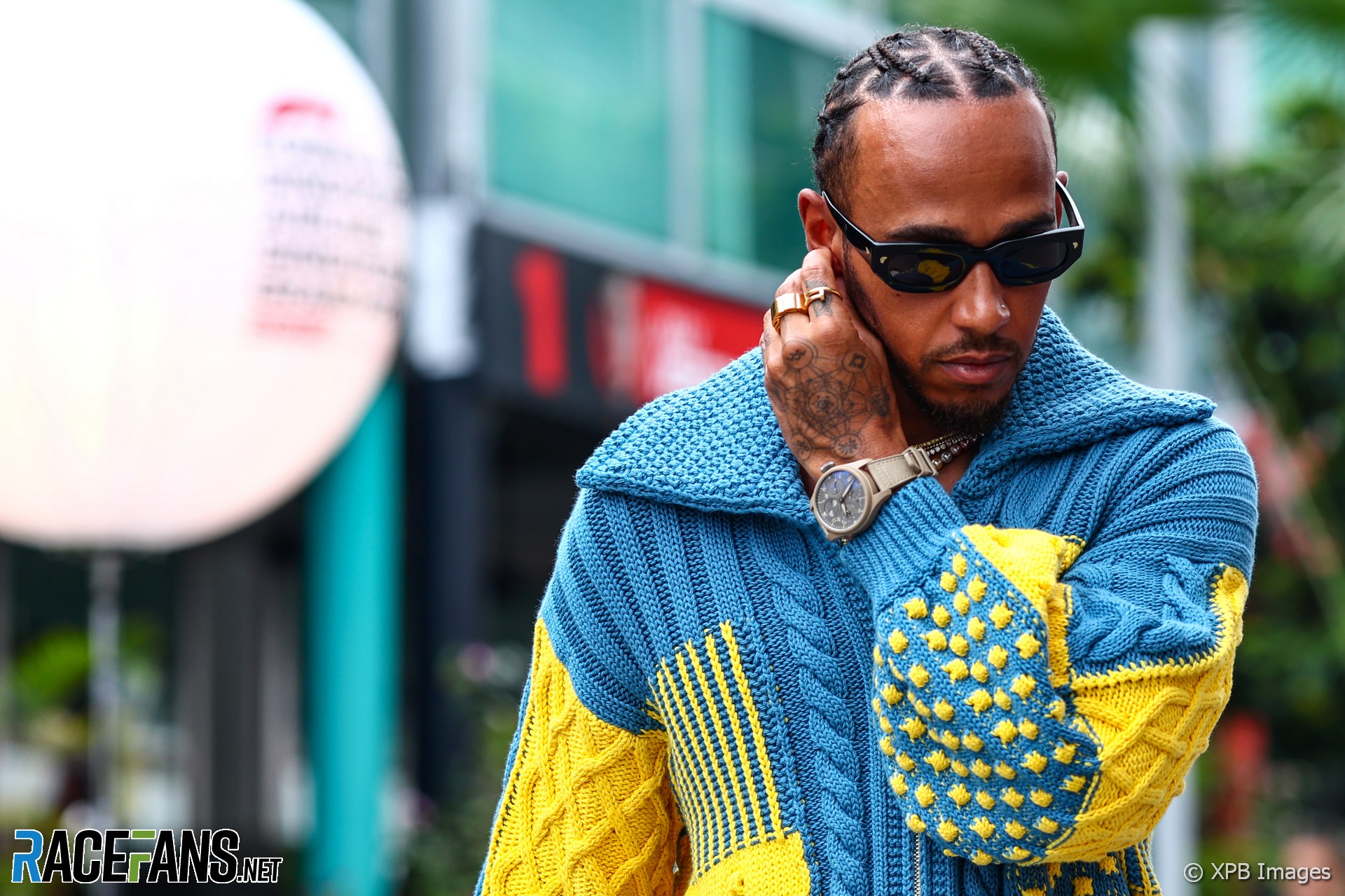 Lewis Hamilton says it’s not good for Formula 1 when drivers win the world championship long before the end of the season.

Max Verstappen can clinch his second world title this weekend with five races still to run. The pair fought for the championship until the final round last year.

Speaking in today’s FIA press conference in Singapore, Hamilton said “I feel for the fans” that this year’s title fight could end so early.

“For us last year, going right down to the wire, that was intense for everybody,” he said. “It’s never great when the season finishes early, even when I’ve experienced having it finish early in places like Mexico.

“For you as the one individual, this is great, but for the actual sport it’s not spectacular. You want it [to] run.”

Hamilton won the first two of his seven world titles in the last race of the season. He was also involved in final-round title deciders in 2007, 2010 and 2016 before last year, meaning he has been on the losing end of a final-race title decider more times than anyone else in F1 history.

“I’m really grateful to have had [seasons] like 2008, right down to the last 17 seconds,” he said. “And obviously last year pretty much the same thing. So let’s hope for the future that it’s a bit better.”

While Verstappen is poised to win his first two titles consecutively, Hamilton had a six-year wait for his second championship. He said it was an important moment, as it vindicated his switch from McLaren to Mercedes, which many had questioned the wisdom of.

“It definitely changed a lot in my life because I’d had that kind of dry spell,” he said. “I would say more so because I’d taken the step and the leap of faith, moving to another team.

“I went against most of the advice that I had from people around me, people that you would consider mentors who all said to stay where I was, stay put.”

Hamilton denied the move was triggered by his retirement from the Singapore Grand Prix 10 years ago due to a gearbox failure, which dealt a fatal blow to his hopes of winning the 2012 championship.

“People seemed to think that it was during this race that I made the decision to move,” he said. “It wasn’t. Actually this race had no effect on that – the gearbox that failed here in 2012, that had no effect on my decision, because those things happen.

“It was more I think the week after, sitting in Thailand, I just managed to be in a very peaceful place and it really came to me that I was going to take this leap. So to have taken that step, and obviously all the backlash, it makes you question whether or not you really have made the right decision.

“I’m so proud and grateful to all the members within the team of how they welcomed me and gave me the position to be able to fight for a world title. And so with all the doubts over the years and questions that would play in your mind whether or not it would ever happen again, which you always overcome because you have to continue to believe, to finally then have got back into that position, it was a very, very special year.

“Also for the team who had also been on the receiving end of the negativity they’re perhaps they’re not good enough, whatever it may be. So it was a huge, huge moment. And that really kind of catapulted us into the next years of success and development and what a journey it’s been.”