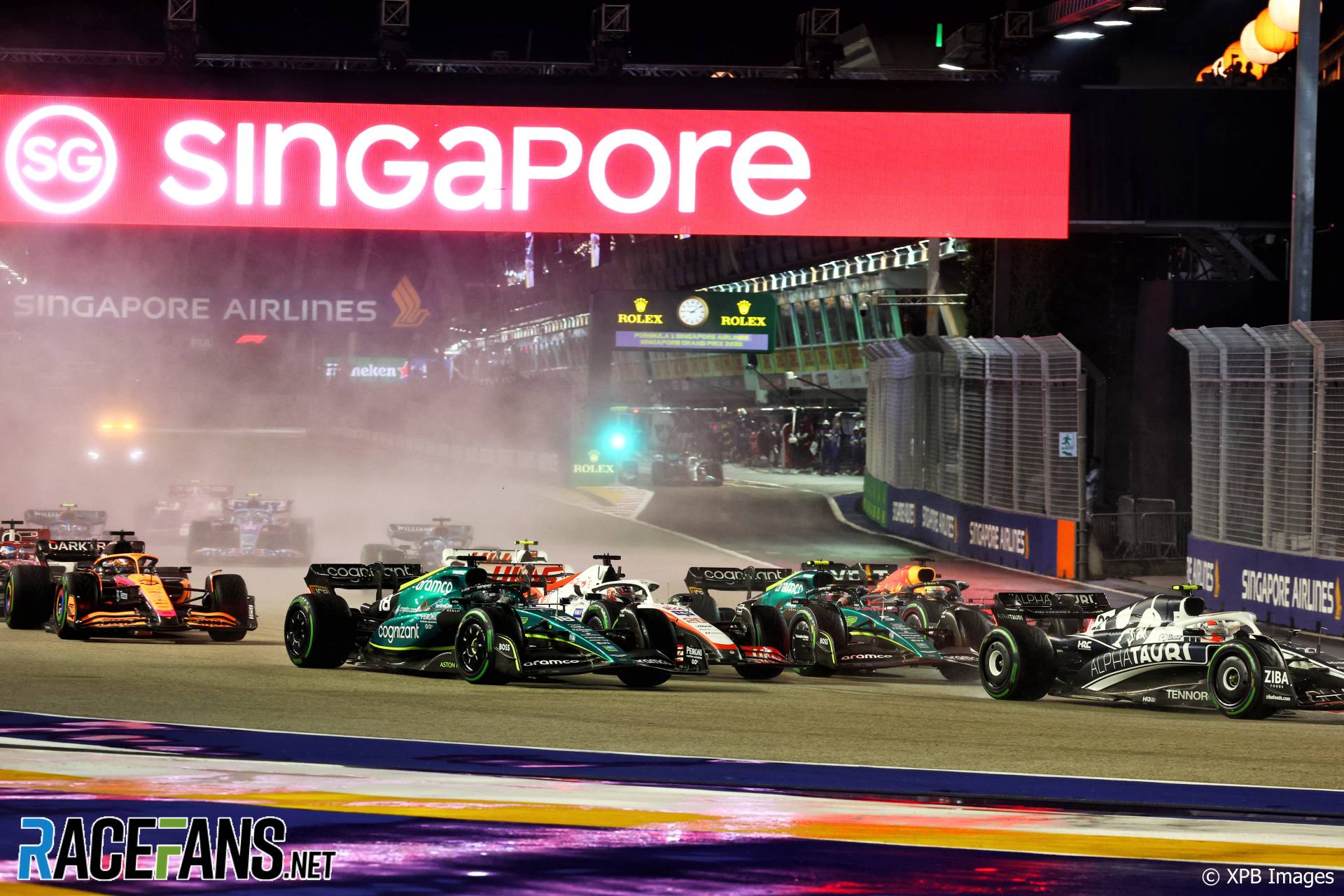 The FIA’s decision to postpone the start of the Singapore Grand Prix and its delayed call to activate DRS in the rain-hit race were supported by paddock figures.

Torrential rain fell on downtown Singapore, where the Marina Bay street circuit is located, in the hours preceding the scheduled race start. As a result FIA Formula 1 race director Eduardo Freitas chose to delay the start of the grand prix by 65 minutes as they waited for the weather to improve.

McLaren team principal Andreas Seidl said this was “absolutely the right thing to do” under the circumstances. It enabled F1 to use track-cleaning techniques to remove some of the standing water on the recently resurfaced street circuit before the race got underway.

“That obviously helped to get rid of any standing water which then allowed [us] straightaway to go on intermediate [tyres].” he said.

“I think without that, we wouldn’t have been in a position to start the race in a reasonably safe manner because what’s the point starting a race with these cars and then just seeing cars crashing or aquaplaning? I guess no one wants to see that, we don’t want to see that. That’s why, I guess, every single decision that has been made today was the right one.”

Once the track had dried enough for drivers to switch to slick tyres, race control considered when to allow them to use DRS. The FIA initially determined it was too damp in places along the back straight – the first DRS zone of the lap – though some drivers called for it to be enabled earlier than it was.

On that topic, Seidl also backed the race director. “Again, for me, safety always has to come first and I have no issue with how it was handled today.

“What’s the point of seeing cars crashing into the barriers? We have the best drivers in these cars and they know how to use it responsibly but I guess in these tricky conditions, there are certain parts here on track that have been resurfaced and are still quite slippery. [They were] clear decisions.”

Alfa Romeo driver Valtteri Bottas said that the permission to use DRS “could have been [given] a bit earlier” but added “the thing is at the back straight, there’s this right-hander kink and there’s a bit of a damp patch.”

Bottas had a near-miss with George Russell at this point on the track during the race. The pair made contact as the Mercedes driver tried to overtake him but went over a damp patch and missed the next corner.

Xevi Pujolar, the head of trackside engineering at Alfa Romeo, was also “happy” with the decision to delay the start of the race. “We just need to make sure that there was enough remaining race distance [to run], and [if] the track condition was suitable or not,” he said. “Because we thought it was okay.”

On the DRS decision, Pujolar said he was happy to “leave it to the FIA.”

“We just activate the DRS when they think that in terms of level of safety, it’s good enough. So that one, we respect their decision.”