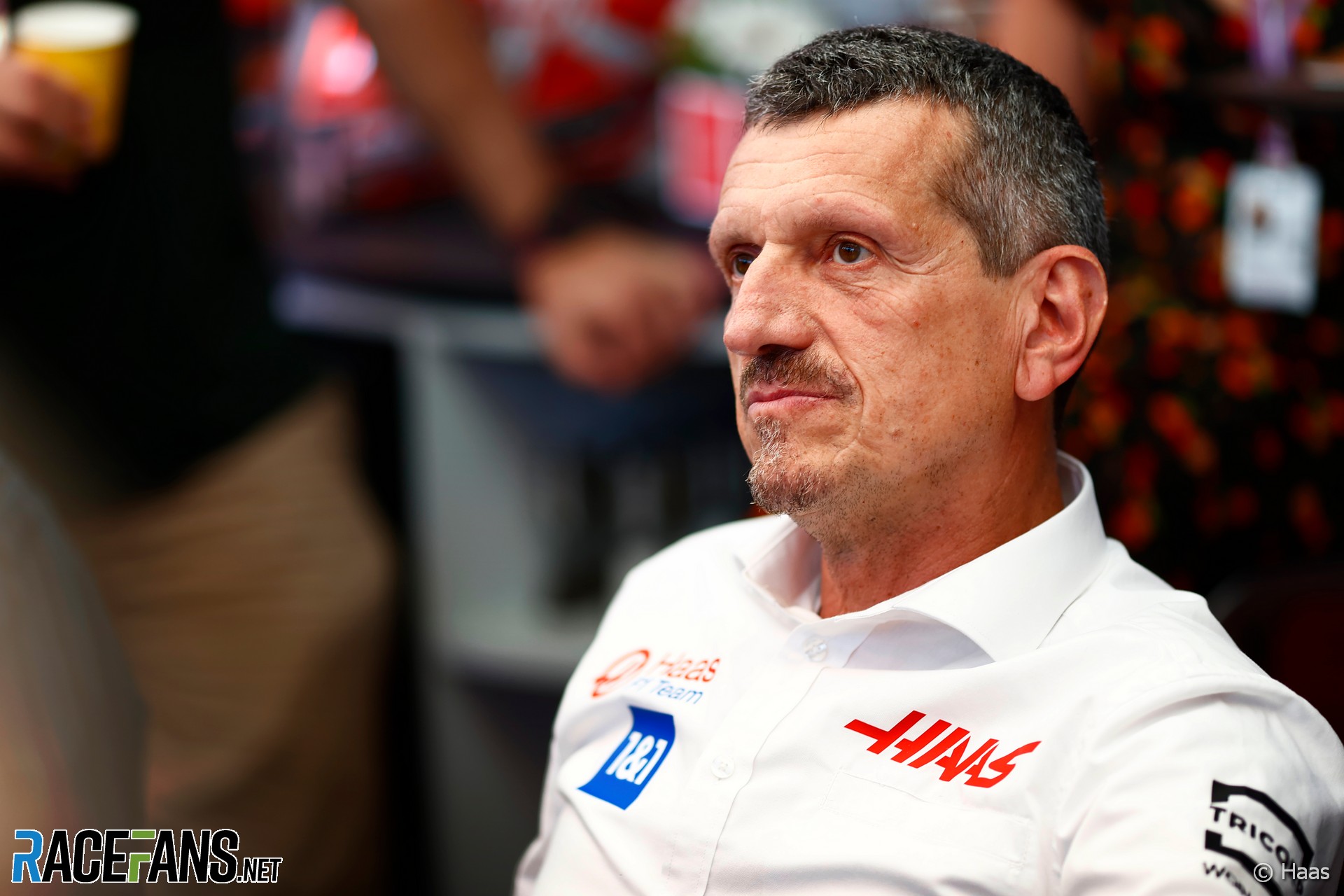 In the round-up: Gunther Steiner refuses to be rushed into choosing Kevin Magnussen’s team mate for next year.

Don't miss anything from RaceFans - join us on Facebook here to see whenever a new article has been added:

Haas team principal Gunther Steiner says there is no need to worry about settling on a 2023 driver line-up, as he would rather not be rushed into choosing Kevin Magnussen’s team mate for next year.

There are officially three vacancies on next year’s Formula 1 grid, one of which is at Haas.

“We are not in a hurry and there’s not a lot of things moving. So why should I be in a hurry?” Steiner said at last weekend’s Singapore Grand Prix, brushing off the idea that he should be worried about missing out on signing drivers if he leaves it too late.

While Mick Schumacher still has a chance of retaining his seat, Steiner says Haas is weighing up what it wants from

On what Haas is looking for in the driver who will partner Magnussen in 2023, he added: “That is what we are looking at. It’s a little bit what do we need to do to get the team better, to help ourselves.

“And we just want to see how Mick is doing. There’s a lot of it we are watching. We are not just sitting there doing nothing, we are seeing what is happening and we know where we want to go, we need to get a stronger team for next year and for the future. So that is what we are waiting.

“There’s no hurry and we are thinking it properly too. The only thing we don’t want to make, maybe next year, saying if we made the wrong decision because we didn’t think is through enough. And not having the pressure to do anything, because I don’t think is a lot of opportunities out there anymore. And we will not miss any of them. We are not in a hurry.”

View the current list of 2023 F1 drivers and teams

After two years away, F1 returns to Suzuka this weekend on a refreshed track. The Degner curves have been resurfaced and the artificial grass which previously bordered the left-handers has been replaced with asphalt. To discourage drivers from exceeding track limits there, double kerbs have been installed on the exit of the corner.

The gravel trap at turn 10 – the corner before the hairpin, where Daniil Kvyat rolled in 2015 after putting his car into the gravel – has also been extended. The artificial grass at the final chicane has been replaced by asphalt too as part of the FIA’s requirements.

Campos Racing had all six of its cars disqualified from two races in the Spanish Formula 4 championship at Navarra last weekend over a technical infringement, which the team is strongly arguing against.

The team violated the rules on parts modification by applying metallic grilles at the louvres in the sidepods of the Tatuus T-421 car, with the purpose of preventing debris from getting in. It was informed it had broken the rules prior to the third race of the weekend, giving the team time to remove the grilles.

“The stewards made an incorrect interpretation of the technical regulations because these grids did not imply any improvement in terms of performance and it is a preventive measure adopted in other championships to avoid possible incidents at the mechanical level,” Campos said in a statement.

While such grilles are allowed in other categories, they are outlawed in the parts manual for F4.

'Sylvain Filippi, managing director of Envision Racing, said it would soon become more expensive to manufacture traditional cars than their electric counterparts, given the cost of manufacturing internal combustion vehicles is increasing.'

Jean Todt: Trying to return to society my great experience in road safety – The steps being taken in Greece are encouraging (Hellenic News of America)

'I am preparing a book which will be the story of my life through chapters.'

Siegel climbing to Indy Lights with HMD Motorsports in 2023 (IndyCar)

'There as been vague talk for some time about a possible F1 race in Rwanda and with problems impacting the recent bid from South Africa, Rwanda might be in a position to step in.'

'COTA has installed recycling bins throughout its grounds, making recycling easy for fans no matter where they are around the circuit. Additionally, the racetrack will offer thousands of attendees the infinitely recyclable 16oz Ball Aluminum Cup made from 90% recycled aluminum content, giving fans a sustainable cup option that replaces single-use plastic.'

'Improvements made to fuel usage, reducing instances of both player and AI drivers running out of fuel during a race, improvements made to AI behaviour during wet or mixed conditions races, reducing instances of unrealistic or unnecessary pit stops and fixed issue causing dilemma pop-ups to not be clickable on ultra-wide screens when ‘enable widescreen UI during sessions’ is enabled.'

'Formula 2 promoter Bruno Michel says he has 'no worry' about Aramco’s ability to create enough sustainable fuel for 2023 via direct air capture, despite practical doubts about the technique.'

So does the @FIA need five more days to check its sums or did someone decide to announce whether all #F1 teams stuck to the budget cap while the teams' staff are flying back from Japan, two weeks before the next race, on what may well be the day after the championship is decided?

Pato O’Ward and Alex Palou are back at the wheel of the MCL35M in Austria later this week as part of our Testing of Previous Cars programme. pic.twitter.com/oLgEeovJlv

“The first time I went to Suzuka I saw my name on a banner. Wow, I’m just an engineer!”

It’s the first video in the series with our Japanese employees, ahead of the first #JapaneseGP for 3 years 🇯🇵

We’re now on a branch line train from Nagoya to Tsu, the town 11 miles (18km) from Suzuka where we Aston Martin boys & girls will be staying for the #JapaneseGP. pic.twitter.com/0YA4Lp8IfV

Toto Wolff has used several metaphors to describe Mercedes’ 2022 season, and likened the turning around of a team’s fortunes to the difficulty of changing the direction of a large oil tanker. The metaphor may have been more literal than he realised at the time.

“To turn the ship in this industry is a little bit like an oil tanker” Very apt as F1 cars are as long as oil tankers these days.
Pat Pepper