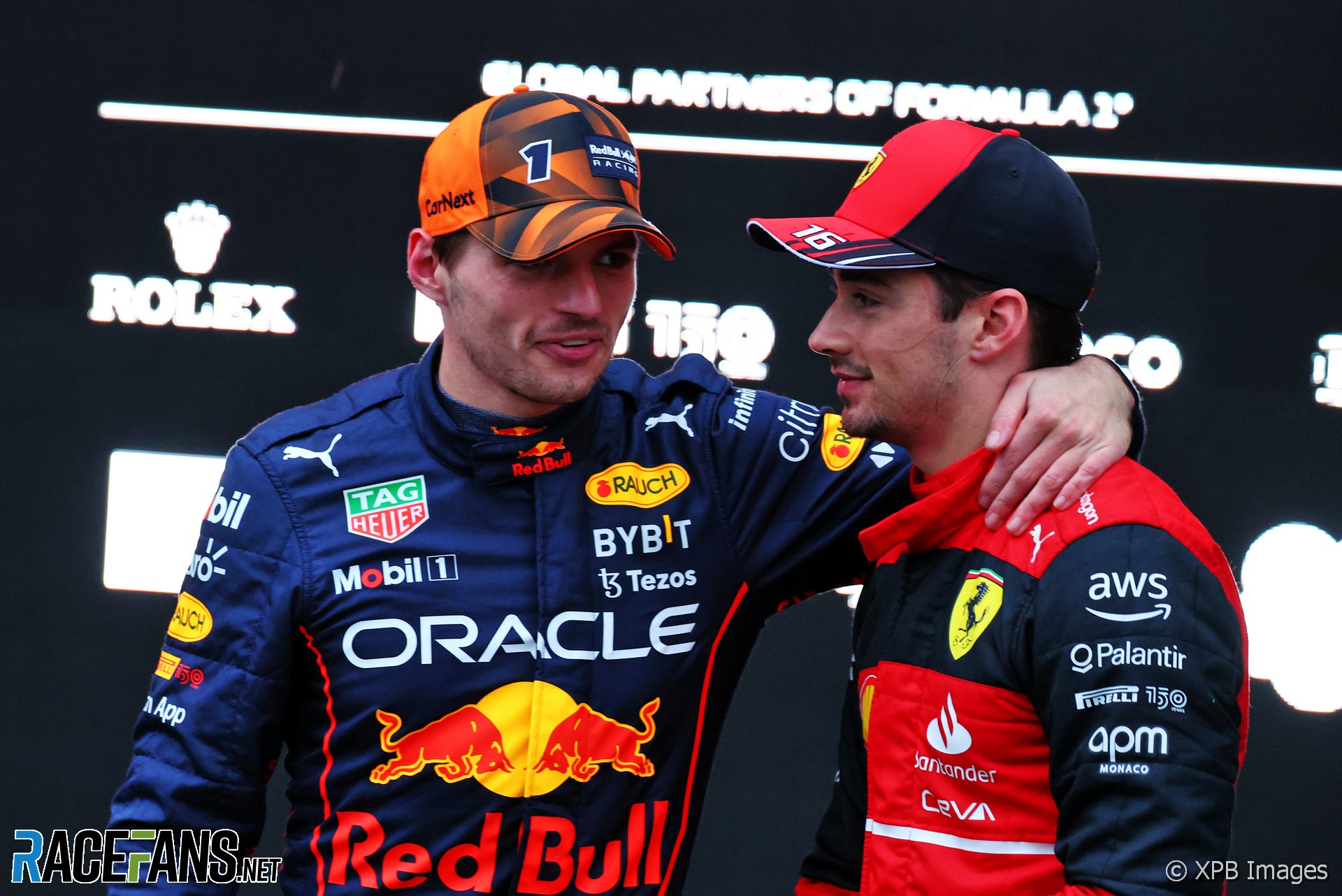 Newly crowned two-times Formula 1 world champion Max Verstappen is hoping for a closer battle for the title in 2023.

The Red Bull driver became champion for the first time in the last race of 2021, then secured the 2022 crown with four races to spare.

Although at one point he was 46 points behind Ferrari’s Charles Leclerc, Verstappen has out-scored his closest rivals in almost every race since. He currently leads the championship by 113 points, Sergio Perez having passed Leclerc for second place.

Verstappen joked he would need 45 races to overcome Leclerc’s lead when he was 46 points behind, and he referred back to that comment after being crowned for a second time with a dominant victory at last weekend’s Japanese Grand Prix

“At the time you’re also just really upset with the situation,” he said. “But just looking at how the whole season was going in terms of how close the cars were it’s very surprising, of course, to [now] have this much of a lead.

“But when you look at what happened during the races you can understand. So I’m in a way pleased that it was like that. But in any other way you do like having a close battle. Hopefully we can have that then next year.”

Verstappen will defend his second title in the longest championship ever scheduled. There are 24 grands prix, including six sprint events, on the 2023 F1 calendar.

“It’s going to be a long season,” Verstappen acknowledged. “I thought this one was already pretty long, but we’ll see.

“As a team, we’re going to try to prepare for next year as good as we can. And then we’ll try to get it as close as we can to this year, because replicating something like this will be very tough. But I have a lot of good hope within the people in the team that we can create again a really good car.”

Verstappen is already signed to Red Bull until the end of 2028. By that time F1 will have progressed to a completely new set of aerodynamic and powertrain regulations and introduced sustainable fuels, and Red Bull will be producing its own power units. He believes the team is “capable of even more great seasons” in the future.