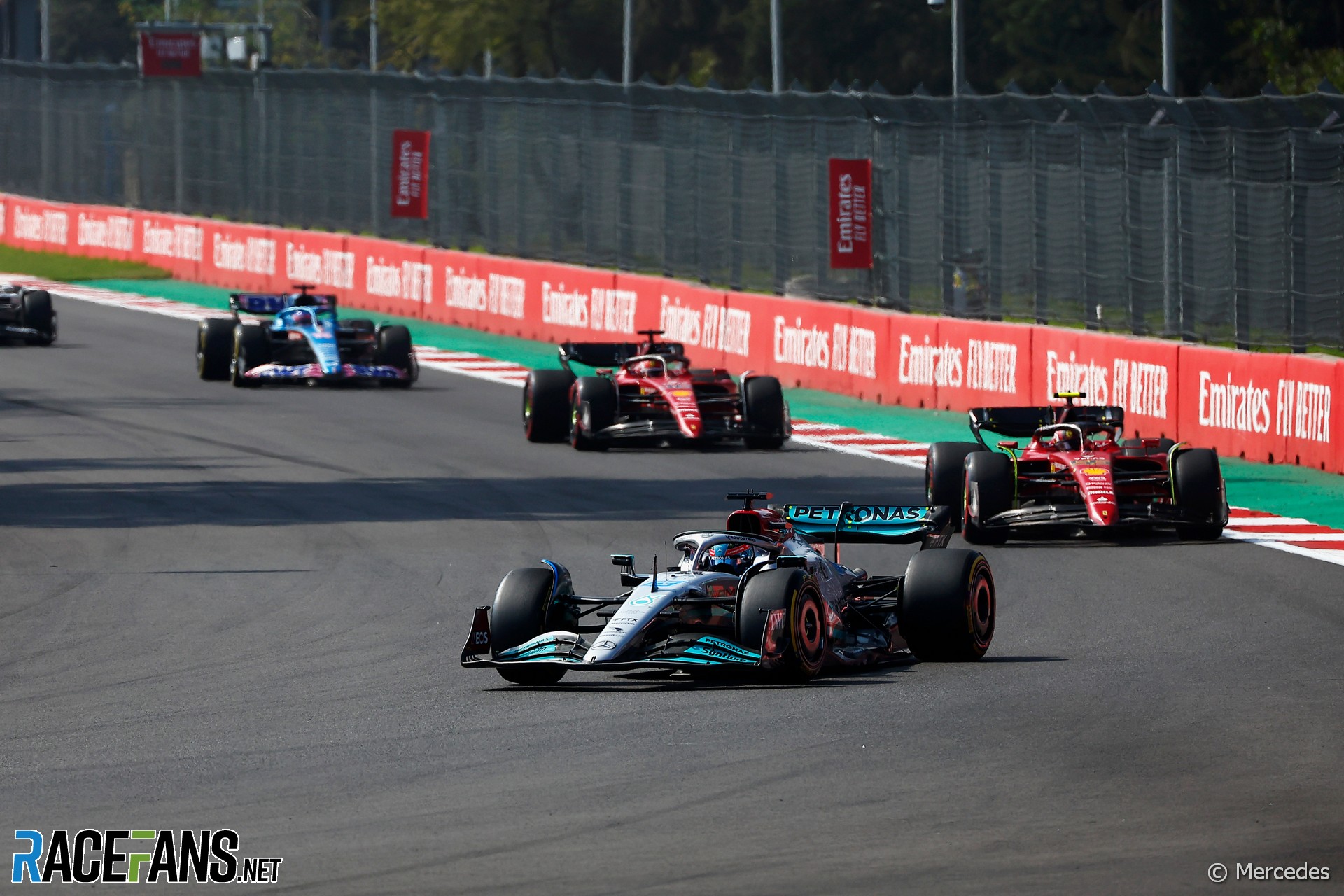 The overhaul of Formula 1’s technical regulations for 2022 was supposed to make it easier for drivers to race close together by changing the aerodynamic profiles of the cars.

By reducing the amount of ‘dirty air’ created by the displacement of a moving vehicle, it would become easier for cars to stay in the wake of others and attempt overtakes. At several venues this season that has proved to be the case.

But the high-altitude Mexico City track was an exception to the rule. Last weekend’s Mexican Grand Prix was another processional affair with the top six positions at the end of lap one being the same as at the finish.

Some drivers predicted this would be the case based on what they discovered in practice. There is less dirty air when the air is thinner at a higher altitude, but that means the slipstream effect is considerably weaker than at sea level. It also means there is less cool air which is critical for cars to travel through to control the temperatures of internal components.

Alfa Romeo’s Valtteri Bottas said when he was pressuring Alpine’s Fernando Alonso for position he “had to start saving the brakes” once he was “really close to him.” Bottas only spent eight laps within a second of Alonso before having to back off to cool his car down. He spent the next 27 laps looking at the Alpine’s rear wing.

Bottas’s team mate Zhou Guanyu had his first experience of the track and has surprised how little grip there was. “The track is so slippery. The surface, you are sliding a lot. For me to try to have that confidence in qualifying and also the race was tricky.”

During Zhou’s second stint he ended up stuck in a train of cars where, like Bottas, he could only spend so long running close behind those ahead before lowering his pace to manage temperatures.

The slippery surface and lack of grip also his unhelpful implications for race strategies. “This circuit is quite a low tyre degradation circuit, very smooth surface, very low load, not a lot of high-speed content,” explained Aston Martin’s performance director Tom McCullough. “So historically has been very low degradation.

“Graining is always a little bit of a topic with this year’s tyres, especially with the very low grip. We saw front graining on Friday for most people, but typically it clears up during the weekend.”

Sure enough drivers who ran on Pirelli’s soft tyre early in the race realised they could prolong their stints. The track surface proved kind to the rubber but tyre management still remained a concern when running in traffic due to the lack of cool air reaching other parts of the car. Without a steep degradation curve, there is a smaller difference in pace between drivers on new and old tyres.

“It’s a thermal race, and dirty air is terrible around here because the brakes get hot, that makes the tyres hot,” Williams’ Alexander Albon explained.

“Downforce is obviously off as well, and you really need clean air to look after the tyres. But everyone’s managing so much that you actually end up in this kind of processional race where everyone was just driving around managing tyres.”

Albon was one of few drivers to make some progress in the race, climbing from 17th on the grid to finish 12th.

“We did well to find the gaps of clean air in our strategy. And actually, really what changed our race was being able to get past Sebastian [Vettel] because I think that enabled us to get the clean air on the tyres and keep pushing forwards.”

Although there were overtakes and close battles involving drivers making their way up the order from towards the rear of the grid during the grand prix, among the top six there were only four laps after the opening one where drivers ran within DRS range of each other.

The first three were immediately after Sergio Perez’s pit stop, in which the Red Bull driver came out behind Ferrari’s Charles Leclerc and soon passed him. The other was in the second half of the race when Leclerc’s team mate Carlos Sainz Jnr reached Alonso who had prolonged his first stint.

Alpine pitted him on the next lap, and like many he spent the rest of the race also having to manage power unit temperatures. That stopped drivers from going on the attack, and in Alonso’s case a cylinder failure ultimately ended his race early.

The characteristics of F1 cars may have changed, but the characteristics of the circuit have not. Drivers will face the same problems each year, unless perhaps F1 follows Formula E in racing there during the colder period at the start of the year. Barring that, as McLaren’s Lando Norris observed, the lack of grip is “just what you have to deal with” in Mexico.