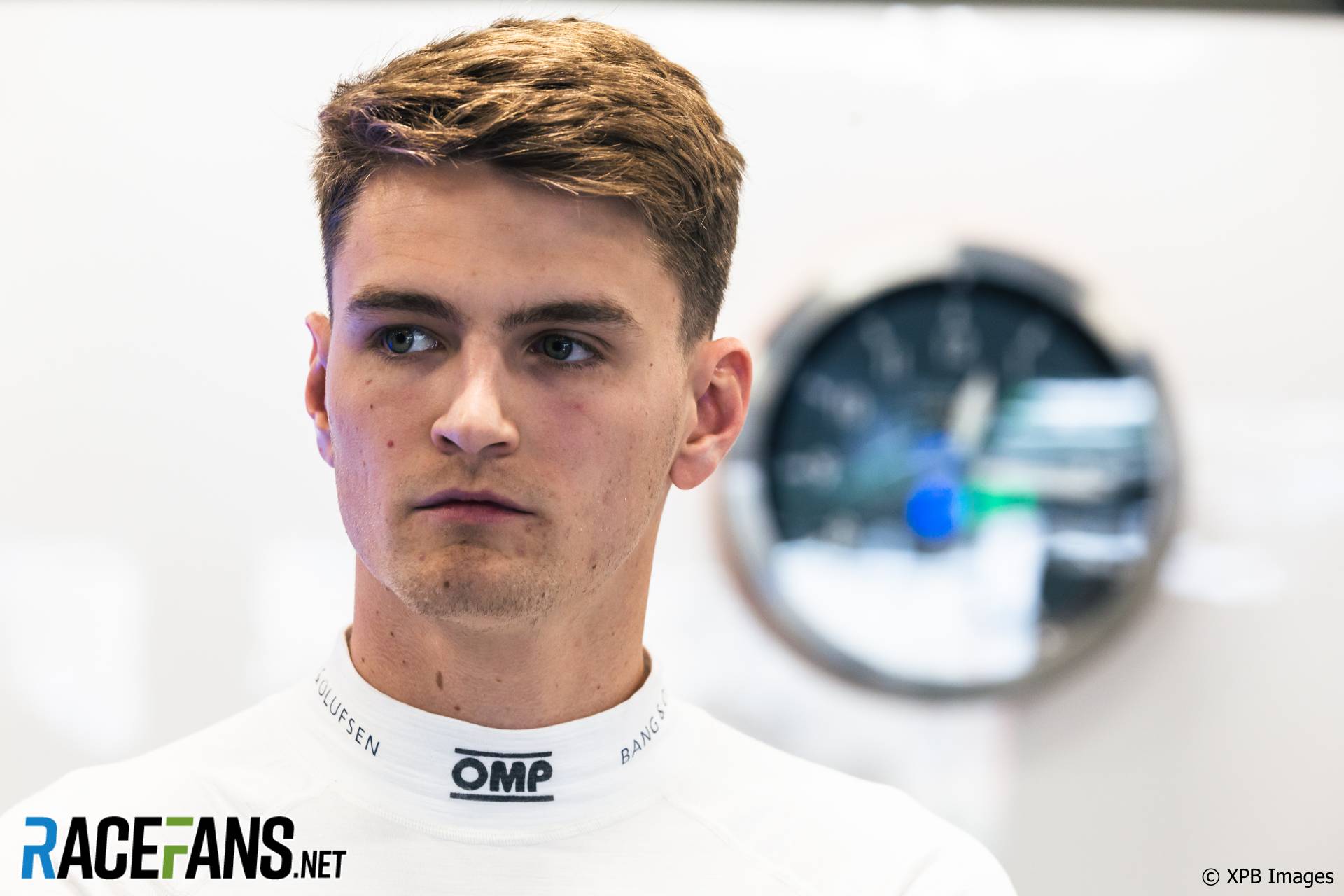 In the round-up: Williams admit junior driver Logan Sargeant has some pressure on him to secure his Formula 1 superlicence this weekend so he can race in the series next year.

Williams putting the pressure on Sargeant

Should Sargeant have a trouble-free practice outing at the Abu Dhabi Grand Prix this Friday, he will need to score 12 points in the final Formula 2 round this weekend to guarantee himself seventh place in the championship standings and therefore qualify for the FIA superlicence need to secure his place on the 2023 Formula 1 grid with Williams.

There are multiple outcomes where a points-free weekend will actually be enough for Sargeant to achieve what is being asked of him by Williams, but a haul of 12 points is enough in all eventualities. He has only managed that four times in 13 rounds so far, but currently lies third in the standings.

“I think it’s a difficult situation for him because he has to – we put a lot of pressure on him,” Williams’ technical director Francois-Xavier Demaison said last week.

“He has to get his licence, so it’s difficult to judge him on [his] FP1 because the only target is for him to reach 100km and score points. I don’t think it’s really fair to to judge him on this and we’ll have to wait for maybe the next test in Abu Dhabi where he could drive and not having this big pressure on him.

“But I think he’s a fast driver, he’s not stupid, so I’m quite sure we can do something with him in the future.”

Williams junior Zak O’Sullivan will move to the crack Prema team for his second season in FIA Formula 3.

O’Sullivan had aimed to step straight up to Formula 2 after finishing 11th in his rookie F3 season with Carlin, but missed out on the seat he was targeting and instead signed with Prema after driving for the team in post-season testing.

“It will be a new environment for me, but Prema’s history says all we need to know, so hopefully, we can have a good year together,” he said.

The 17-year-old British-Irish driver started his car racing career three years ago in Ginetta Junior, then moved up to British Formula 4. In both he was championship runner-up, then in 2021 he won the GB3 title and a prize F1 test with Aston Martin.

The Abu Dhabi GP will be supported by races for F4 cars, and 2022 British F4 champion Alex Dunne is the highest profile on the provisional entry list.

He will drive for Hitech, who are running their 2023 British F4 line-up as Dunne’s team mates, then Carlin has Costa Toparis and Louis Sharp, who finished fourth with the team in British F4 this year.

There are two local teams in Xcel Motorsport and Yas Heat Academy, running three and two cars each, and with no sign of Prema taking part so far it means there will likely be a grid of 11 drivers this weekend.

'Chip Ganassi Racing has made two key managerial moves that will impact its IndyCar programme and its dual factory efforts on behalf of Cadillac in IMSA and the World Endurance Championship.'

'His claim follows the S5000s setting the fastest-ever lap around the current iteration of the Surfers Paradise street circuit, with Joey Mawson steering his Ligier JS F3-S5000 to a blistering 1:09.4981s in race two at the Boost Mobile Gold Coast 500.'

'The race will be the climax of the penultimate round of the Toyota Racing Series and will be the main attraction over a weekend of motorsport action on the full international layout of the North Waikato track.'

'It won't be (ready) until mid-2023, so McLaren will have to rent from Toyota in Cologne for a longer period of time. This complicates vehicle development.'

'With the help of Walbec Group engineers, the track recently concluded a repave project that began October 3rd and had the entire 4.048-mile natural terrain road course, including pit lane, undergo a makeover of fresh asphalt. It was the first time since 1995 the racing surface had been repaved.'

'The driver championship has been wrapped up but there are still six drivers battling it out for honours as top rookie in 2022. Heading into the final round, we have split the contenders into two groups, those with the higher chance of securing P3 in the championship and those that will require a little more luck to go their way at Yas Island.'

Saying goodbye to the team back home at the MTC. 🧡🇬🇧

We're giving you the chance to WIN a signed Sebastian Vettel Race Suit with I / AM.

Tap below to enter.

Red Bull are not expecting design convergence between teams next year, despite the team creating a car that has set an example to the rest on how to nail the new technical regulations and already set design trends others have picked up on.

It’s a tough call though. Coming up with some unique is an absolutely huge risk but it’s also the only way to have the fastest car. If you copy the 2022 Red Bull, you’ll have to find a way to beat the 2023 Red Bull…

All the teams would have to learn how to optimise the design and how to set it up well whilst Red Bull would be able to start straight away with updates and improvements. I could see McLaren trying something interesting to see if they can move into that top group that fight for wins and I think Mercedes and Ferrari will continue developing their own ideas – the rest will likely start to look more like the Red Bull as they have a lot less to lose.

You can also clearly see that Mercedes are still bringing updates late into the season whilst some other teams have completely stopped and are presumably working primarily on the 2023 car. There’s no point in bringing updates to the final few races unless they’re going to teach you something useful for the 2023 car. That makes me think Mercedes will be developing what they have rather than completely redesigning the whole thing.
Petebaldwin