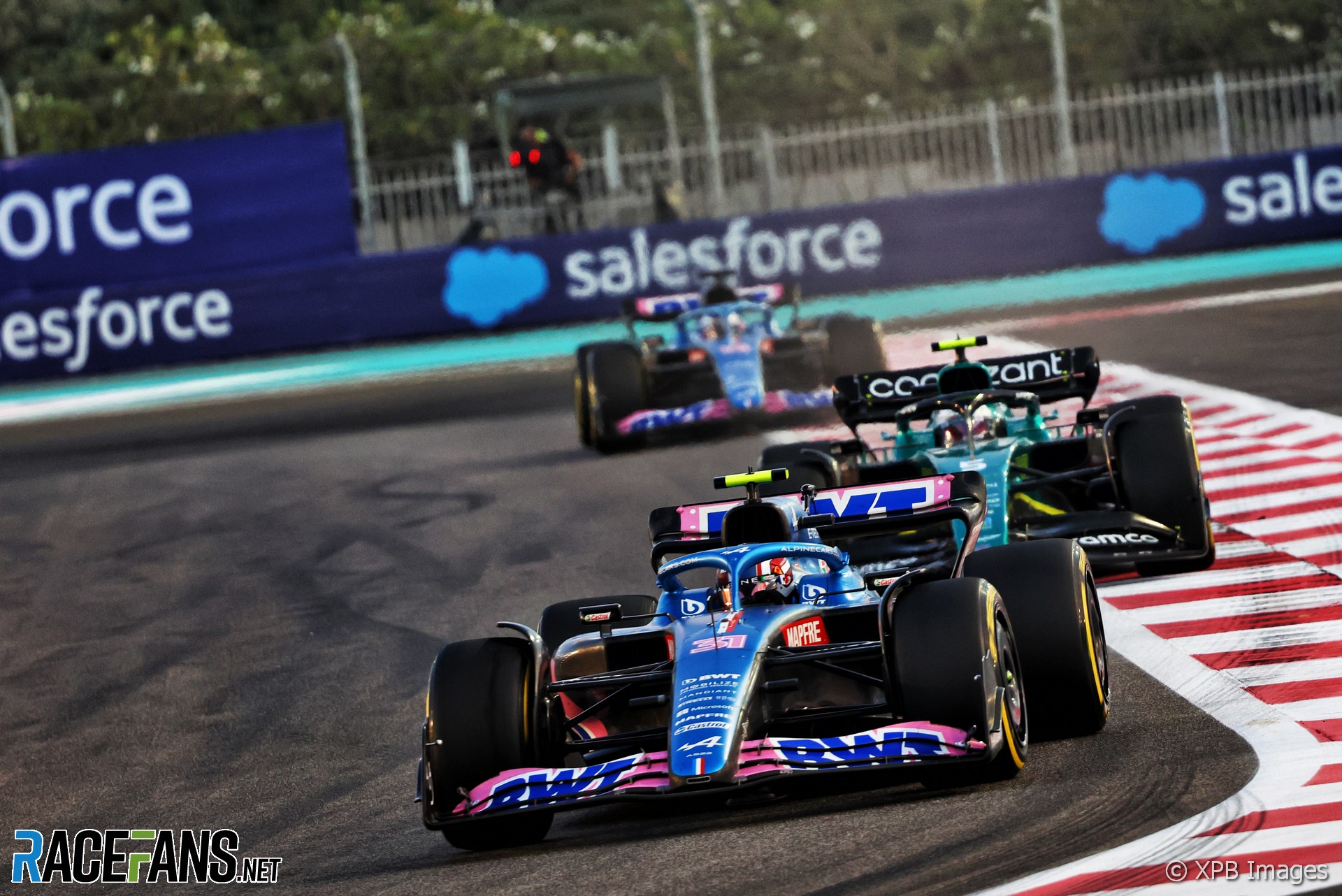 The only other driver to out-score Alonso as a team mate over the course of his 21-year career is Jenson Button, who took 16 points to his 11 in the disastrously unreliable 2015 McLaren-Honda MP4-30.

Two other team mates have finished ahead of him in the standings: His first team mate Tarso Marques at Minardi, when neither scored, and Lewis Hamilton, who pipped him to the runner-up spot in the 2007 championship in a points tie having taken more second-place finishes.

In their first season as team mate at Alpine last year, Alonso beat Ocon by seven points. Those places were reversed this year, Ocon finishing 11 points ahead of his team mate. While Alonso has repeatedly pointed out he has suffered many technical failures on his car this year, Ocon said “I had my issues too.”

“Obviously I had to up my game as much as I could and to finish in front of him is a good satisfaction this year.”

Alonso participated in his last race for Alpine this year. He is due to test for his new team Aston Martin for the first time tomorrow.

“It’s been great to work with Fernando and push the team in such level,” said Ocon. “So I’m glad to have spent two years with him, I wish him the best at Aston and hopefully we can fight closely also in the future.

Although Ocon did not repeat the race win or podium finish he achieved last year, he described 2022 as one of his most complete performances to date. “Obviously, the only thing that I missed this year in the end is a podium,” he said. “But those are for different circumstances that we didn’t get and hopefully we can get some of that next year.”

Alonso retired from the final race of the season just before half-distance. This was the sixth time this year he has not been running at the end of the race. Ocon, who has dropped out of two races this year, came in seventh, chasing Lando Norris to the chequered flag, securing fourth place for Alpine in the constructors championship this year

“I’m very, very pleased with the result that we got today,” he said. “Obviously, one more lap and we could have probably get Lando, was a very close race the whole way, but that doesn’t matter.

“All the targets that we set ourselves are accomplished, we finished fourth in the constructors championship. Thank God for that. I lost two-and-a-half kilos this weekend of stress and being too focussed and it is also my best season in Formula 1 in terms of points.

“So I’m very pleased with that, good job by the whole team to have developed the car so much over the year and hopefully we can close even more the gap for next year.”