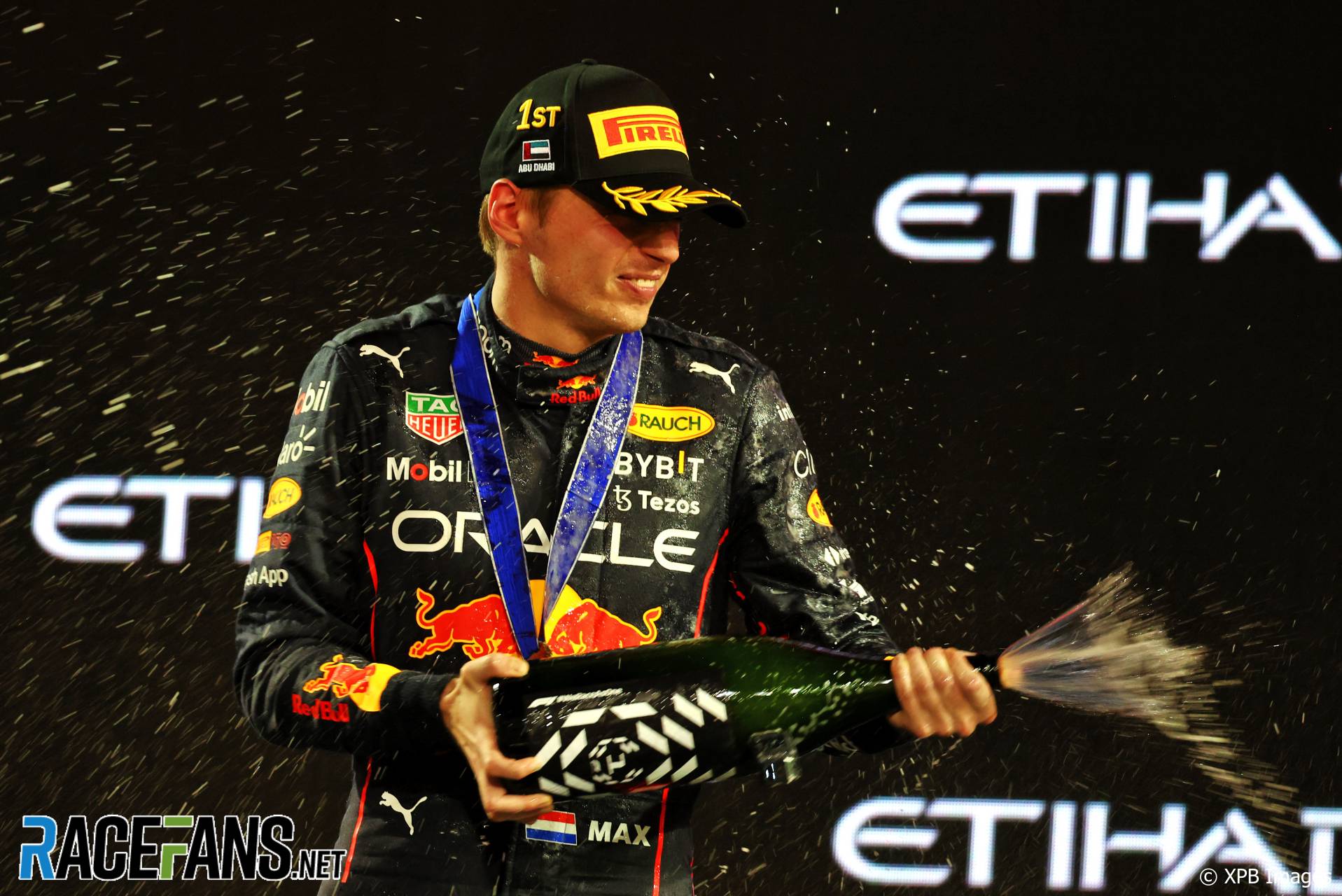 Max Verstappen has improved his performance to a level which his team principal Christian Horner doubts any rival could match, even in the same car.

The 25-year-old is now a two-times world champion after winning a record-breaking 15 of the 22 grands prix this year. He clinched this year’s title with four races to spare, despite technical problems which put him out of two of the first three races.

Horner believes his driver is in a class of his own at the moment. “I think Max is operating at a level that I’m not sure anybody, the way he’s driving at the moment in the same in the same equipment, will be able to the repeat what he’s done this year,” he told media including RaceFans after Verstappen won the season finale in Abu Dhabi.

Verstappen’s team mate Sergio Perez narrowly failed to best Charles Leclerc to second place in the championship this year. Horner praised the Ferrari driver who has been Verstappen’s most consistent opponent during 2022.

“I have to say congratulations to Charles,” said Horner. “He’s driven extremely well this year, he obviously had a lot of bad luck as well, as well as our drivers at times. But he’s been a great driver to race against and always very fair and I think that for sure they’ll come back fighting hard next year.”

Sergio Perez won two races, achieved the first pole position of his career and finished on the podium 11 times on his way to third place in the championship. Horner said Perez and Verstappen raised their performance to new heights in 2022.

“Both of our drivers have had their best ever seasons in Formula 1,” he said. “Max has been truly outstanding this year he has made another step following that championship win 12 months ago and to think that he’s won 15 grands prix and two sprint races is, when I started there was only 17 races. It’s unbelievable.

“As a team, to have won 17 grands prix, five one-two finishes, first and third in the drivers championship, constructors world champions, I think 750-odd points in the constructors championship, we’ve broken all of our own records as well as Formula 1 records. Obviously there’s been some ups and downs in the season, but when you look at it as a whole, it’s been an outstanding year for the team.”