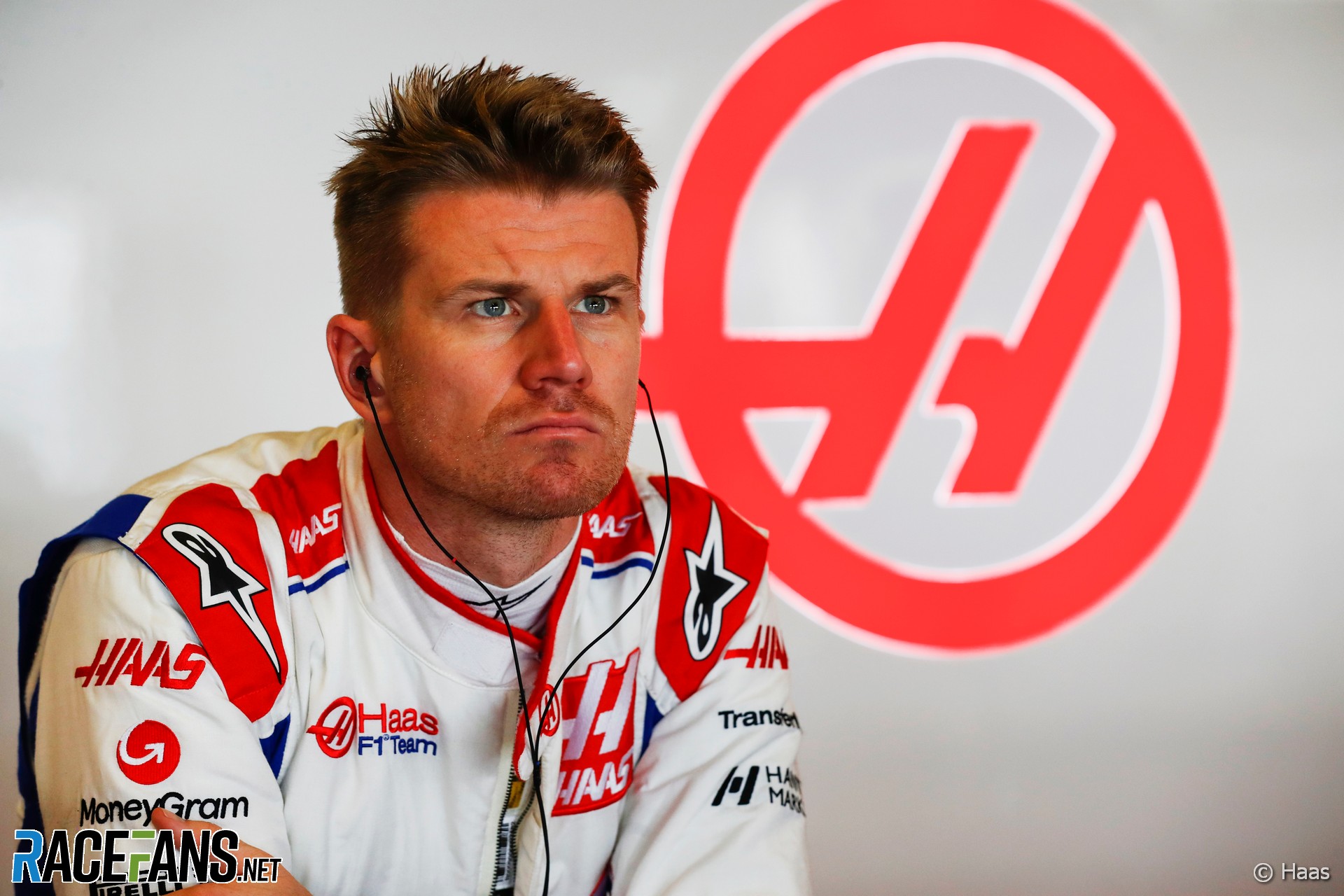 In the round-up: Nico Hulkenberg admitted to “a bit of human degradation” after a long day in the cockpit during Formula 1’s post-season test at Yas Marina Circuit.

Yesterday’s nine-hour test marked the first time Hulkenberg had driven an F1 car since August as he prepares to return to the championship with Haas next year. Although he lost over an hour of running due to power unit problems, he completed 110 laps, slightly less than twice the distance of the Abu Dhabi Grand Prix.

“It was a good day of work, good running, collected many impressions and a lot of data – which was the target. We successfully went through our programme,” said the 35-year-old, who has started 181 races. “Today was about learning the tyres for 2023, learning their characteristics. With these test days you have a bit more time to try stuff. I’m satisfied and happy with the day.”

After spending a year driving a car he could only get into the points six times, Pierre Gasly was impressed by the machine that finished fourth in the constructors’ championship after his first test for Alpine yesterday.

“It was a fantastic feeling to drive the A522 for the first time, and, I must say, it’s an impressive car,” Gasly said.

“The objectives for me today were all about getting used to my new surroundings, working closely with the engineers and, generally, building up my learning in the car and getting an understanding for its characteristics. We completed many laps – as per our plan – and I’m already very excited to fully embed myself in the team.”

“The new compounds still tend to be quite close, as they were this season, but the front is a little bit stronger than the 2022 versions,” he said after a morning spent driving with the tyres.

“We are working with the tyres in very hot conditions here and everything is still early days, so we still have a lot to learn and analyse. It will be interesting to see how they perform in cooler temperatures, which would reflect race temperatures better.”

F1: Chinese GP to be cancelled because of the country's Covid policies (BBC)

'China's return to the F1 schedule will be cancelled next year as a result of the country's Covid policies, BBC Sport has learned. F1 has not visited China since 2019, but was due to return for the fourth race in 2023 on 16 April. China's zero-Covid policy has led F1 to conclude the race cannot go ahead.'

'rom November 21st to 22nd, the Super Formula Light test was held at Okayama International Circuit. This test was conducted in a long exclusive session of eight hours a day, 16 hours in total over the two days. Only six cars from two teams participated.'

'Following the final round of the 2022 FIA F2 season, the field remains at Yas Marina Circuit for post-season testing. The test event will last three days from 23-25 November and include plenty of changes from the grid that took the start on Sunday.'

'William Alatalo has taken a unique approach to his 2022 helmet design. The Finnish youngster has only had a few designs since he started racing in Finland but the Jenzer Motorsport driver says he has found a refined design he loves. Alatalo details to us what the meaning behind the design is and how the colours, camo and plans for a future special edition.'

Catching up with Jack after a day's testing 👊#Alpine pic.twitter.com/NmQulrIsmj

Before @Charles_Leclerc left the track today, he came and thanked the team for their hard work throughout this season 👏#essereFerrari 🔴 pic.twitter.com/VE1aouGu8A

"Hopefully it’s the start of a lot of good days!" 😁@OscarPiastri's message for all of you after his first day in the car. 🧡 pic.twitter.com/BTgCNtIf3z

And more than half the total race distance he covered across all 16 @FIAFormulaE races this year.#F1 #FE pic.twitter.com/rUdNghGOM2

It has been reported that Gasly’s trainer Pyry Salmela will remain at AlphaTauri for 2023 rather than follow his driver to Alpine. That’s been a surprise to some.

I thought Pyry Salmela would move to Alpine with Gasly, but apparently, he’ll continue at AlphaTauri and become Nyck de Vries’ trainer instead. Trainers generally stay with the same drivers through their team changes, so unusual.
Jere