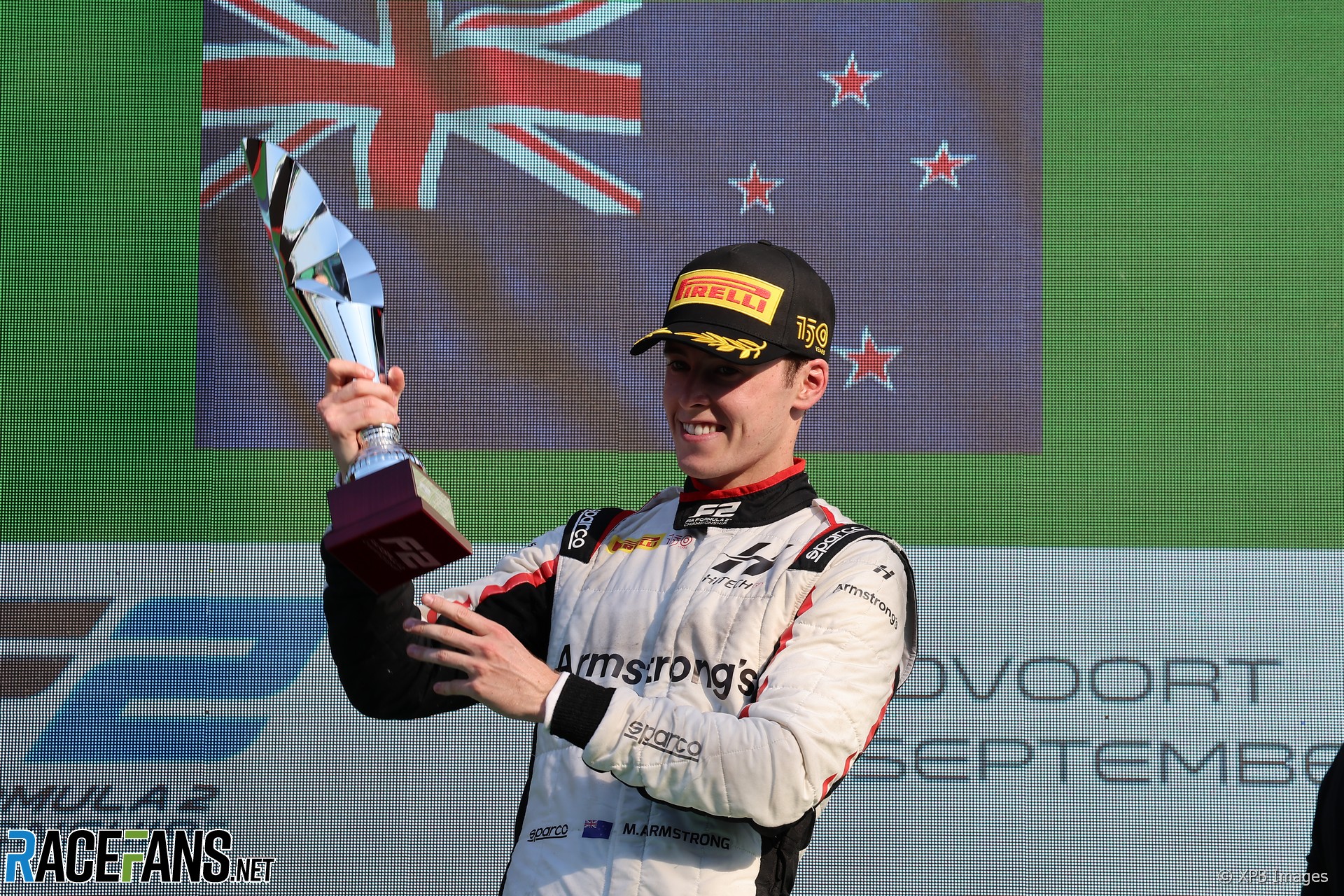 Chip Ganassi Racing have announced they have hired Marcus Armstrong to race for them in all road course and street circuit rounds of the 2023 IndyCar championship.

The 22-year-old driver, who spent the last three seasons in Formula 2, will join Ganassi for the 2023 IndyCar season, driving the team’s number 11 car at all races except for those run on oval circuits. He will therefore contest 12 of next year’s 17 races.

The former Ferrari academy driver claimed four race victories during his time in F2, three of which came this season. He was classified 13th in the driver’s standings in each of the three seasons he participated in the series.

Armstrong tested an IndyCar for Dale Coyne Racing at Sebring with Hitech F2 team mate Juri Vips in October and had spoken on his podcast, Screaming Meals, about his interest in racing in the series. Armstrong says he was excited to join fellow New Zealand racer and IndyCar champion Scott Dixon on the 2023 grid.

“I’m ecstatic to be a part of the IndyCar Series, but especially with Chip Ganassi Racing because it is such an iconic and successful team,” said Armstrong.

“I have an extraordinary opportunity in front of me to learn from people that have been performing at the absolute highest level in this sport. As a Kiwi, I’ve always watched Scott Dixon succeed in the championship with this team, so on a personal level this is quite special for me. I am a hard worker that looks to improve every single day. With the knowledge and personnel that this team has, I’m very excited to take on this new challenge.”

Ganassi will announce the driver who will race their number 11 car at oval rounds, including the Indy 500, in the future.