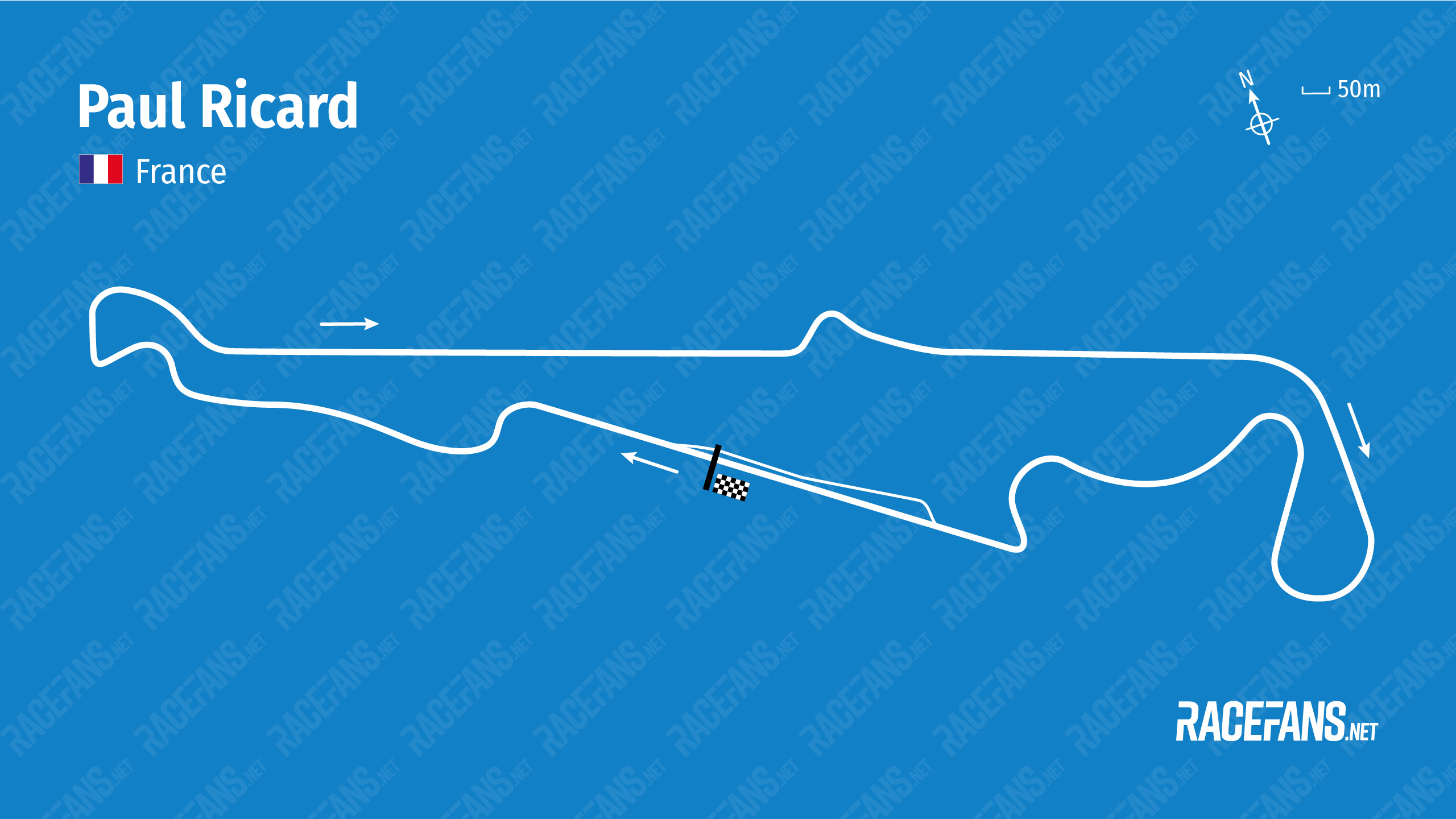 The Paul Ricard circuit in southern France first hosted the world championship in 1971. It returned to the F1 calendar in 2018 to hold the French Grand Prix for the first time since 1990.

When it first opened, Paul Ricard was considered typical of the new generation of purpose-built circuits. Occupying a narrow strip of land, the circuit was dominated by the long Mistral straight (named for the local winds) which led into a dauntingly fast right-hander named Signes.

Paul Ricard initially shared the French Grand Prix with Dijon until the latter was dropped from the calendar after 1984. During the eighties F1’s turbo-powered cars reached ever higher speeds on the Mistral. But the death of Elio de Angelis during a 1986 test session was the catalyst for a major change at the circuit.

The high-speed Varrerie chicane where de Angelis crashed was replaced by a sharp right-hander which fed the cars directly to the Mistal, about a third of the way along its length. This drastically reduced speeds as well as cutting two kilometres off the lap length, reducing it to just 3.8km.

F1’s stay on the abbreviated track was short-lived. After 1990 the French Grand Prix moved to Magny-Cours, a redeveloped circuit in the heartland of France’s president Francois Mitterand.

The track was bought by Bernie Ecclestone in 1999 and renovated into a testing facility. Garage facilities were upgraded and the gravel run-off areas replaced with abrasive strips designed to slow cars down if they went off. An sprinkler system was even installed to aid wet weather testing.

The track’s safety facilities were put to the test – and thankfully passed – when Alexander Wurz survived the fastest accident ever recorded by an F1 car when he crashed his McLaren there in 2005.

Ecclestone later sold the track following his divorce from second wife Slavica Ecclestone. The new operators revived racing activities at the circuit. Meanwhile the French Grand Prix had disappeared off the calendar following Magny-Cours’ final race in 2008. A new race at Paul Ricard was announced for the 2018 season.

The track is bordered throughout by asphalt run-off and drivers are required to follow designated routes back to the circuit if they leave the track at turns one, three or eight.