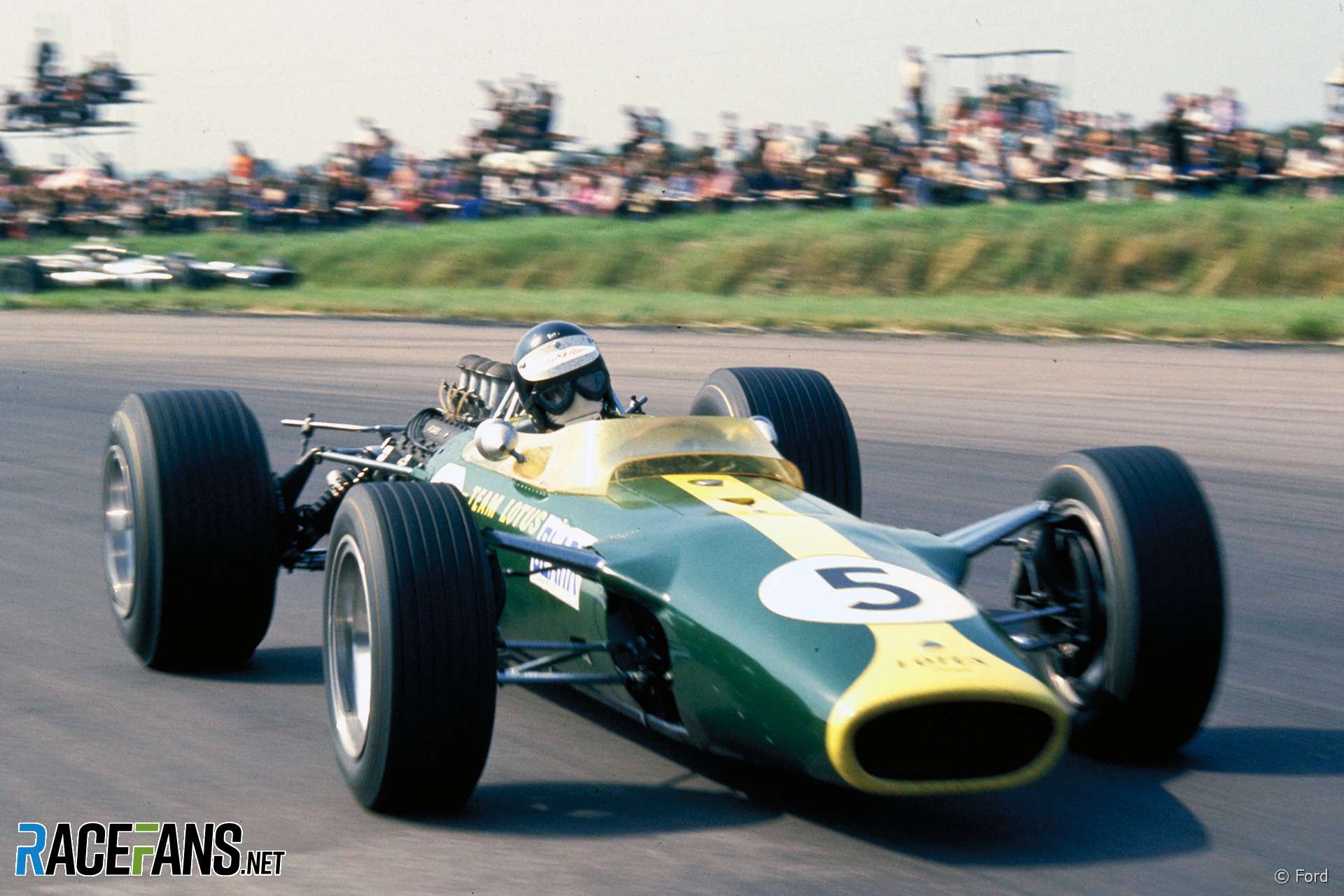 A remarkable career tragically cut short. Who can say just how much Jim Clark could have achieved if it were not for his untimely death in 1968, by which time he had two championships and 25 wins from 72 starts?

Clark made every one of his grand prix starts for Lotus – he and team boss Colin Chapman forged a close bond during their nine years at the top level. His first full year in F1 was marred by his collision with Wolfgang von Trips at Monza, which killed the German (who was bidding for the world championship) and thirteen spectators.

In 1962 he took his first Grand Prix win at Spa-Francorchamps, but Clark loathed the circuit from his first race there two years earlier when two drivers were killed: team mate Alan Stacey and Chris Bristow, who Clark nearly ran over at Burnenville. Nonetheless, he would win four times at the fearsome track.

He lost out on the championship in 1962 at the final round when his car failed – Graham Hill took the title instead, suffering just one car failure all year to Clark’s four. Clark made amends in ’63, winning seven of the ten rounds and clinching the title. He also finished second in the Indy 500, and could have won had victor Parnelli Jones been told to retire his car that was visibly leaking oil.

He cracked Indy in 1965 and took the F1 title for a second time as well. In 1966 revised rules increased engine size from 1.5 litres to 3 and Lotus didn’t have a competitive package until getting the Ford Cosworth DFV, which Clark gave a maiden win at Zandvoort. Denny Hulme pipped him to the title in the Brabham but Clark looked strong for 1968. He won at Kyalami but had run his final F1 race. He was killed competing in a Formula Two race at Hockenheim. The death of one of the greatest drivers at the height of his competitiveness shocked Formula One.