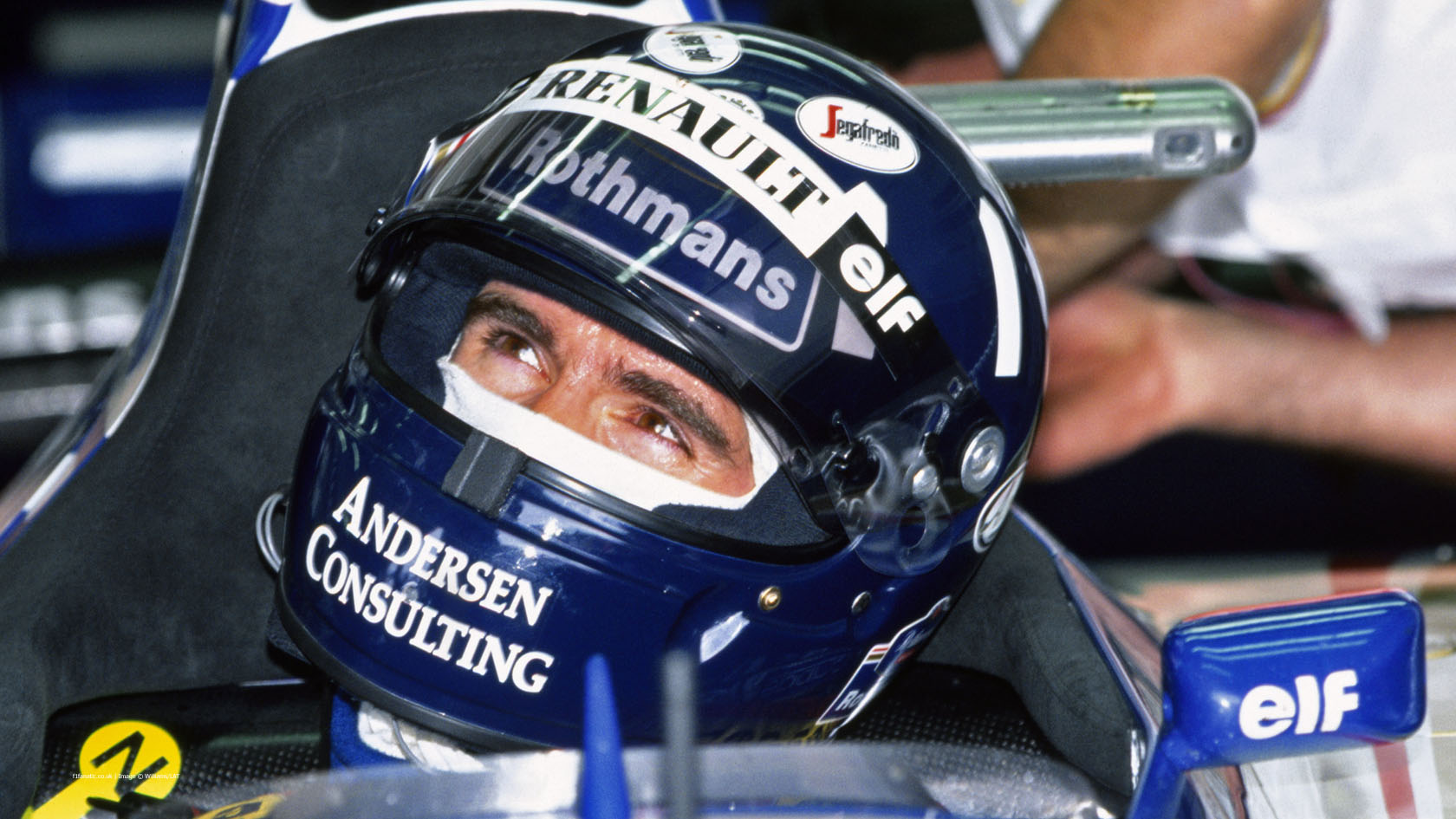 Damon Hill was the first son of a world champion (Graham Hill) to claim the title for himself, with Williams in 1996.

Hill made his F1 debut with the struggling Brabham team in 1992 but was already working as test driver for Williams. This meant he was in the right place at the right time to get a top-line drive alongside Alain Prost in 1993.

After a faltering start in South Africa – spinning in front of the field and then retiring in a collision with Alessandro Zanardi – Hill quickly revelled in the performance of the dominant FW15C, taking a string of podiums.

By mid-season a maiden victory was on the cards, but he was twice denied the breakthough win, first by engine failure at home in Silverstone, and then with a tyre failure at the Hockenheimring.

When the first victory came, at the Hungaroring, it opened the floodgates: Will immediately followed it up with two further wins.

After Prost’s retirement an extended apprenticeship alongside Ayrton Senna beckoned for Hill in 1994. But Senna’s tragic demise in the third race of the year put paid to that.

Nonetheless Hill put in a stoic championship bid, raising his team’s spirits in the same manner his father had at Lotus following Jim Clark’s death in 1968.

Hill had the run of the green in the middle part of the season, winning at home while points leader Michael Schumacher briefly took himself out of contention, picking up a two-race ban. Schumacher was also disqualified at Spa, handing Hill another useful ten points.

But he proved capable of taking Schumacher on in the direst conditions at the most challenging of tracks with a vital win at a soaking wet Suzuka. That wet up the infamous title-deciding finale where Schumacher, ahead by a point, swiped Hill out of the race at Adelaide to seal the title. Williams, still reeling from the tragic events of the year, declined to protest the outcome.

The 1995 season was a mixed affair for Hill. When he finished he was usually on the podium, but a series of errors – including two collisions with Schumacher for which Hill was largely to blame – wrecked his scoring rate. Schumacher had the title in the bag with two rounds to spare, and Williams made arrangements to replace Hill.

Hill’s final season with Williams finally saw him deliver the crown. It certainly helped that Schumacher had left Benetton to embark on the challenging of dragging Ferrari back to the top. But new team mate Jacques Villeneuve – another second-generation driver – pressed him hard for the title. Nonetheless Hill won half of the year’s races and conducted himself admirably when the news broke he was being replaced by Heinz-Harald Frentzen. With little time to arrange an alternative for 1997, he found himself at the winless Arrows team.

Hill spent much of what should have been his title defence year plugging around in the midfield. But in Hungary, revelling in improvements to the car and a performance boost from Bridgestone’s tyres, he did what many of his doubters still thought him incapable of – he passed Schumacher and dominated the race. But cruel fortune struck him down on the final lap – a hydraulic component failed, handing victory to Villeneuve.

The following year Hill moved on to Jordan and again the season began poorly. Then at Spa-Francorchamps heavy rain presented Hill the opportunity to deliver the team’s first win. Team mate Ralf Schumacher followed him home – somewhat grudgingly, as he’d been told not to pass his team mate – for a dream one-two result.

It all turned sour the following year. Unhappy with the recent-introduced grooved tyres, Hill contemplated retirement after a weak showing at the French Grand Prix. He stuck it out almost until the end of the season, parking his Jordan 199 a few laps from home at Suzuka.

Hill went on to serve as president of the British Racing Drivers’ Club and played a major role in securing the long-term future of the British Grand Prix at Silverstone.